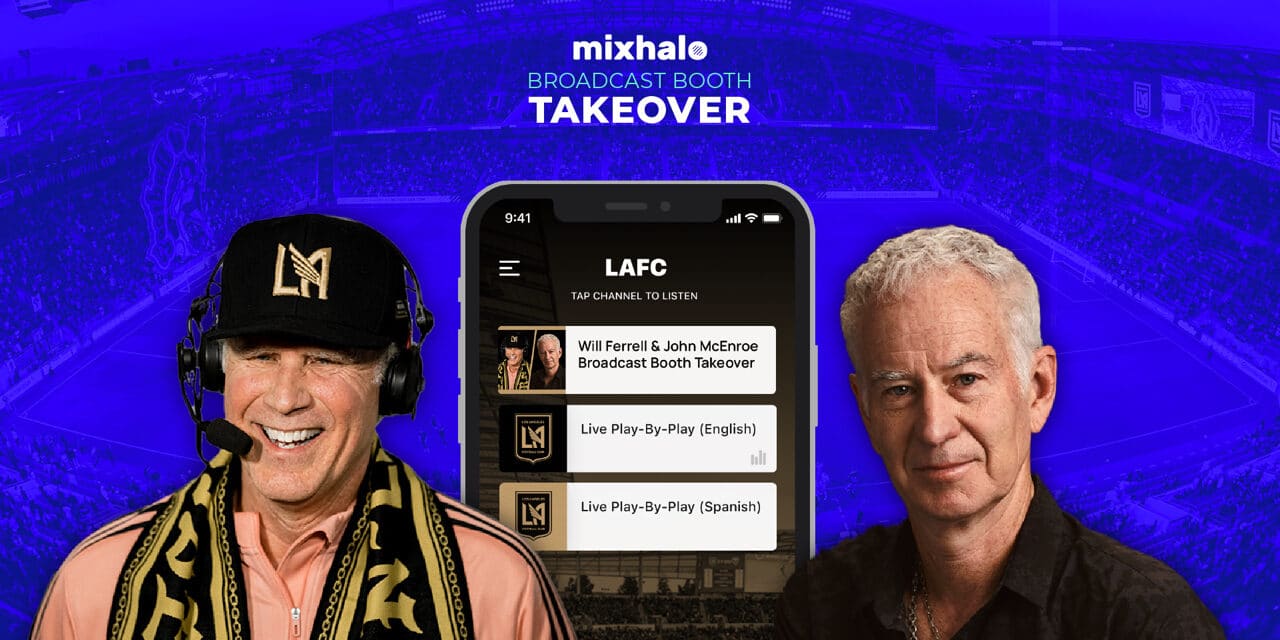 CASTING CALL: Will Ferrell and John McEnroe will be on the mic for Mixhalo’s in-venue simulcast of Saturday’s Charlotte FC-LAFC match at Banc of California Stadium. (Courtesy LAFC/Mixhalo) 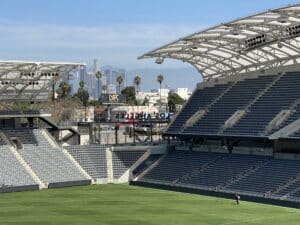 The simulcast is the latest example of Mixhalo expanding its application beyond musical performances and LAFC leveraging technology to add value and reduce friction in the live experience, the company founded in 2016 by Incubus guitarist and songwriter Mike Einziger and violinist Ann Marie Simpson-Einziger.

Ferrell, who became a co-owner of LAFC in 2016, and McEnroe will be joined by team broadcaster Max Bretos.

In addition to his other exploits, McEnroe is the narrator of the Netflix coming-of-age comedy “Never Have I Ever.”

Mixhalo’s wireless networking technology allows users at live events to hear real-time, high-fidelity audio via their phones and earphones/pods. Free headphones will be available while supplies last for fans at the Mixhalo table on the stadium’s east concourse before and during the match.

Mixhalo’s partnership with LAFC, launched at the start of the current season, is the company’s first foray into MLS games and comes after 2 ½ years of working on the partnership with the team’s chief technology officers Christian Lau and the Banc of California Stadium team, said Mixhalo Chief Operating Officer Corey Laplante.

“We had to align schedules to make it work,” he said. “Will is very active doing stuff around the world and we just kept going back and forth until we finally got to this Saturday.”

McEnroe is a soccer fan and former player, Laplante said of the celebrity duo.

“We just want them to have a good time and we’ll see what happens,” he said.

Lau said this is a first for Ferrell calling a LAFC game live. He has famously popped into broadcast booths during sports broadcasts for cameos in the past.

“There’s lots of cool content at home; the Manning brothers (Peyton and Eli), Snoop does a special broadcast,” Las said. “Whatever it may be … there are all these things that make the (home) experience better, especially during COVID. We’re all about the fan experience in the stadium. We wanted to make this the sort of thing that gives people an additional reason to buy a ticket.”

Laplante said expanding into sports is a natural growth area for Mixhalo now that it has mastered delivering high-quality sound in real time with no echo effect.

“Most of the early years at Mixhalo were spent solving that problem,” he said. “Not too long ago, you couldn’t even send a text message and now we’re able to do all sorts of things with the combination of our software and the infrastructure at places like Banc of California Stadium.”