Christmas Jam back after 3-year absence 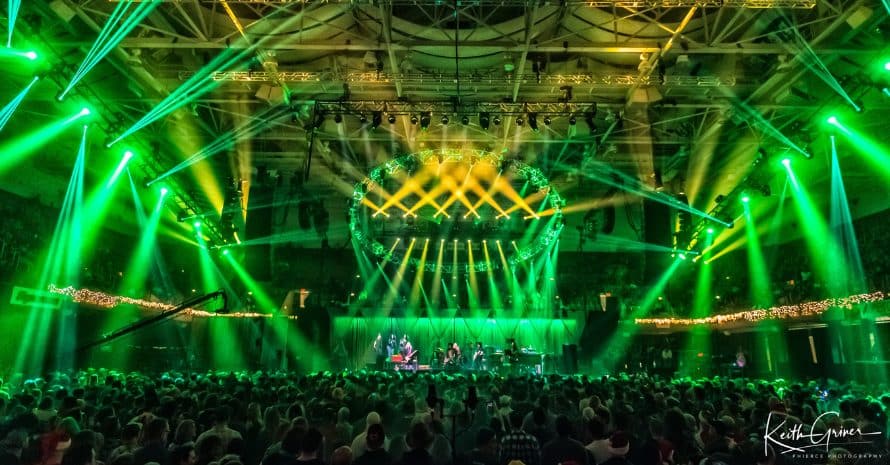 For those thinking Christmas Jam was laid to rest after 30 years, guess again. After a three-year hiatus, Gov’t Mule frontman and guitarist extraordinaire Warren Haynes and his wife and manager, Stefani Scamardo, have resurrected the landmark concert with all the holiday trimmings.

This year’s date is Dec. 10 at ExploreAsheville.com Arena in Asheville, North Carolina, where the 7,600-capacity venue has held the event since 2001 after a few years at Thomas Wolfe Auditorium, the 2,400-seat theater next door. Together, they make up the Harrah’s Cherokee Center complex in this picturesque community nestled in the Blue Ridge Mountains.

Haynes grew up in Asheville and now lives in Westchester County, New York. Christmas Jam has expanded to a marathon eight-hour show from its humble origins at a local club in 1988.

Over the past 20 years, Christmas Jam has served as a benefit for Asheville Area Habitat for Humanity, resulting in more than $2.7 million raised to build 40-plus homes in the region for families in need. This year, BeLoved Asheville has been added to the mix, a charitable group specializing in resolving issues tied to the homeless.

In late 2019, shortly before the pandemic struck North America, Christmas Jam was canceled one month before the event was to take place in December, due to logistical issues, according to local reports. In addition, all those principally involved in the production basically wanted to take a year off and recharge their batteries, Haynes said in a prepared statement.

Then came the shutdown of live entertainment, extending the hiatus for another two years.

“We’ve been trying to bring it back for the last two years and COVID wouldn’t let it happen,” Haynes told VenuesNow/Pollstar. “Last year, it actually looked like it was going to happen and then there was another surge, so I’m really glad that it’s finally back this year.”

Other guests will be announced leading up to the show, along with related events over the course of that week at smaller Asheville venues.

Beth Hart, who recorded a sterling version of “Soulshine,” Haynes’ signature tune, was initially part of Christmas Jam, but had to cancel her appearance. She’s recovering from a pinched nerve that delayed the start of her European tour, according to bethhart.com. The eight Germany dates were rescheduled for Nov. 14 through Dec. 12, which prevents her from being in Asheville for the concert.

For those curious about the process for booking Christmas Jam, which Haynes is directly responsible for selecting the artists, it all starts with his “pool of friends that in some cases have been there in the past that are so supportive of the cause,” he said. The list extends to Phil Lesh, with whom Haynes has performed with over the past 25 years in various incarnations of Grateful Dead legacy bands. 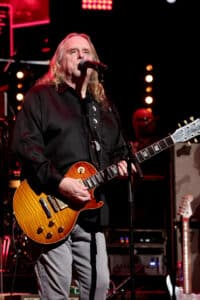 “Phil has been to several Christmas Jams and there’s always a handful of musicians that come every year, but it’s nice to reach out to some people that have never been there before,” Haynes said. “I try to make it a lineup that is not too much of the same thing, where there’s a lot of different styles of music being represented.”

This year is no exception, he said. Tyler Childers, Brothers Osborne and Dinosaur Jr. are among Christmas Jam newcomers. Haynes knows Childers after they played a few shows together as part of Willie Nelson’s Outlaw Music Festival tour package. Brothers Osborne and Haynes wrote a song together.

“I’ve known Dinosaur Jr. for a long time, but they’ve never been to the Christmas Jam, which will be real exciting,” Haynes said.

Another first-timer, Mike “M.C.” Taylor from Hiss Golden Messenger, a band that launched in Durham, North Carolina, will perform solo. There’s a possibility that the full lineup may play Christmas Jam in future years, “which is what a lot of people do,” Haynes said. “They come by themselves the first time, get a taste of the experience and decide they want to come back with a whole band.”

Christmas Jam staples Audley Freed, formerly with the Black Crowes, and Mike Barnes, who formed the band Blue Sky with Haynes when they were teenagers, are both from North Carolina, and they’re back on the bill this year. Haynes has known Freed since the early 1980s.

“It’s such a familial event,” Haynes said. “There’s so many people that have been part of the ongoing process and as much of the credit goes to all those folks as anyone. The fact that people are playing for charity inspires the music. It goes to another level, remembering why we started playing music in the first place. It’s a beautiful thing.”

Give credit to Haynes and all involved with producing Christmas Jam for keeping ticket prices reasonable. The presale ran from $75 for the floor to $100 for reserved balcony seats, before fees. It’s a relative bargain considering the show runs from 7 p.m. until the wee hours of the morning.

“Ticket prices in general have gotten out of hand,” he said. “For an event like this, where we’ve spent decades building houses for families that can’t afford homes, it just doesn’t seem fair to limit the opportunity to come to a show to people that can afford a high ticket price. In some ways, bands and artists have no control over it, and in other ways, we do, so everybody needs to do what they can to make some tickets affordable. For an event like this, it has to be that way.”

Editor’s Note: This story has been updated since it was posted.