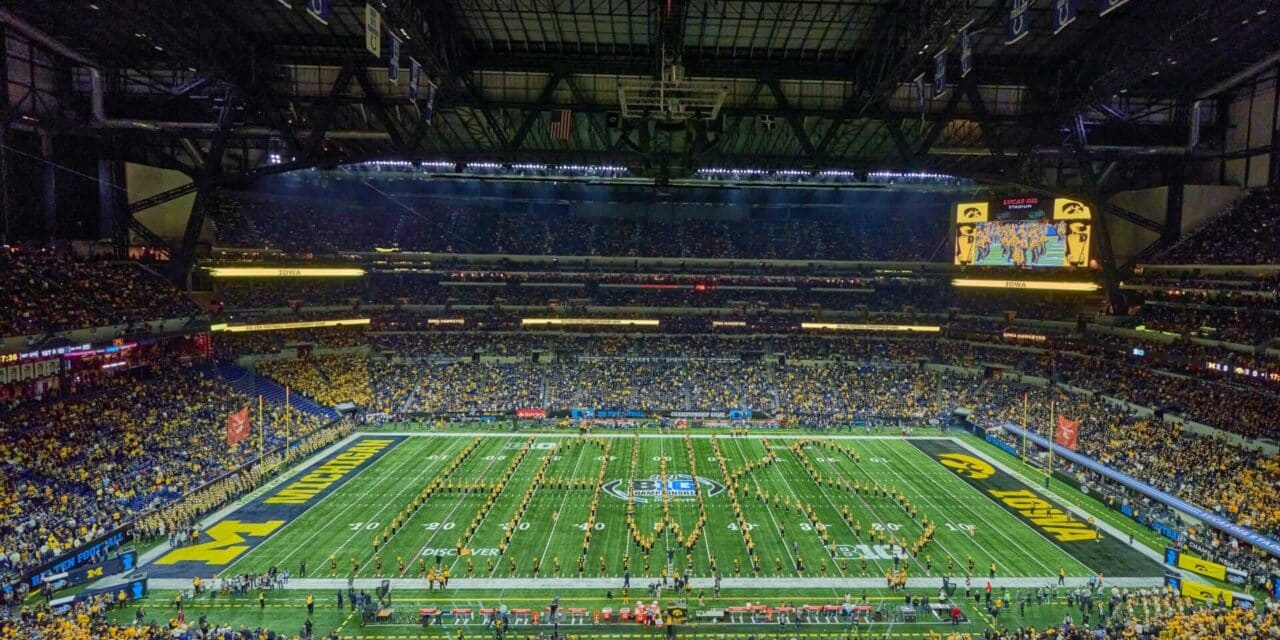 Neuburger is in his sixth year as director of the Indianapolis Colts’ stadium. It’s among the busiest in the country, booking 200 events annually. In two years, the building will play host to the U.S. Olympic Team trials in swimming, a first for an NFL venue.

The announcement was made in March. For Neuburger —  who took over for Mike Fox after his 33-year tenure running Lucas Oil Stadium the old RCA Dome — it’s a perfect fit.

Neuburger, an Indianapolis native, swam through high school, competing in the sprint freestyle and backstroke. At Indiana University, he served four years as manager of the Big Ten school’s men’s swimming team, a program with a storied history. He later filled an internship on the 2000 Olympic Trials at the IU Natatorium in Indianapolis.

As senior associate athletic director at Indiana, a position he held for 10 years before being hired to run Lucas Oil Stadium, Neuburger was sport supervisor for swimming.

“I even volunteered as a basket kid (responsible for clearing athletes’ clothes off the pool deck) for the 1992 Olympic swim trials,” he said. “Having this event at Lucas Oil Stadium is a full circle for me.” 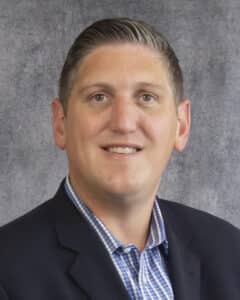 The past four Olympic Team Trials  in swimming were held at CHI Health Center in Omaha, the 17,560-capacity arena run by Roger Dixon. USA Swimming, the sport’s governing body, switched to stadiums to grow the event after attendance max’d out at 13,000 to 14,000, Neuburger  said.

Presale tickets for the trials will be available in November.

“We’re in the middle of the hotbed of swimming and within driving distance of most of the country here,” he said. “We think we’ll sell several hundred thousand tickets over the nine-day event. That’s the goal.”

Logistically, converting a 70,000-capacity stadium into a swimming pool is an engineering feat. Several groups are principally involved, including the Indiana Sports Corp., which worked directly with Lucas Oil Stadium officials to secure the event.

On the ground, Shiel Sexton, a local construction company, will install two 50-meter pools at the stadium, creating seating capacity of roughly 40,000. Myrtha Pools, an Italian builder of competitive swimming structures, will construct the pools.

Dodd Technologies, another local firm and creator of “aquatic theater” with LED screens and clear acrylic walls in the pools, has been involved in the Omaha arena productions and will play a key role in Indianapolis.

The twin pools will be set up close to both end zones, separated by a temporary wall. In that respect, it’s similar to the 2021 NCAA men’s basketball tournament at Lucas Oil Stadium, where two courts were split by curtain as part of the safety protocols during the pandemic.

Both pools will be elevated a few feet off the event floor, connected to deck space extending to about the eighth row of the seating bowl, where Row 1 will be for the swimming event.

“The U.S. athletes have never had an experience like that before and the great thing for them is the facility for the Olympic Games in Paris will be a rugby facility that has some similarities to a football stadium, so it should be a great advantage to the Americans,” Neuburger said.

Apart from that landmark event, Lucas Oil Stadium continues to prove its worth as a multipurpose venue 14 years after it opened in 2008.

In addition to Colts games, Super Bowl, Final Four, the College Football Playoff championship and Big Ten Conference football championship, the stadium books many events that go under the radar, such as the national convention for the Future Farmers of America. The dates are Oct. 26-29 and it’s expected to draw 70,000 kids wearing the group’s signature blue blazers to the stadium and convention center next door.

In addition, FDIC International, the annual firefighting conference, is held annually at Lucas Oil Stadium, with fire trucks set up on the event floor and ladders in the air. That event attracts 60,000, Neuburger said.

“We’re a stadium that operates much more like an arena in terms of volume and pace of events,” Neuburger said.

“We’ve got the hotel capacity and everything is downtown,” he said. “Our bread and butter is connectivity. We’re physically connected to the convention center, where USA Swimming will have their fanfest. They’re upping their game and we’ll help them do it.”