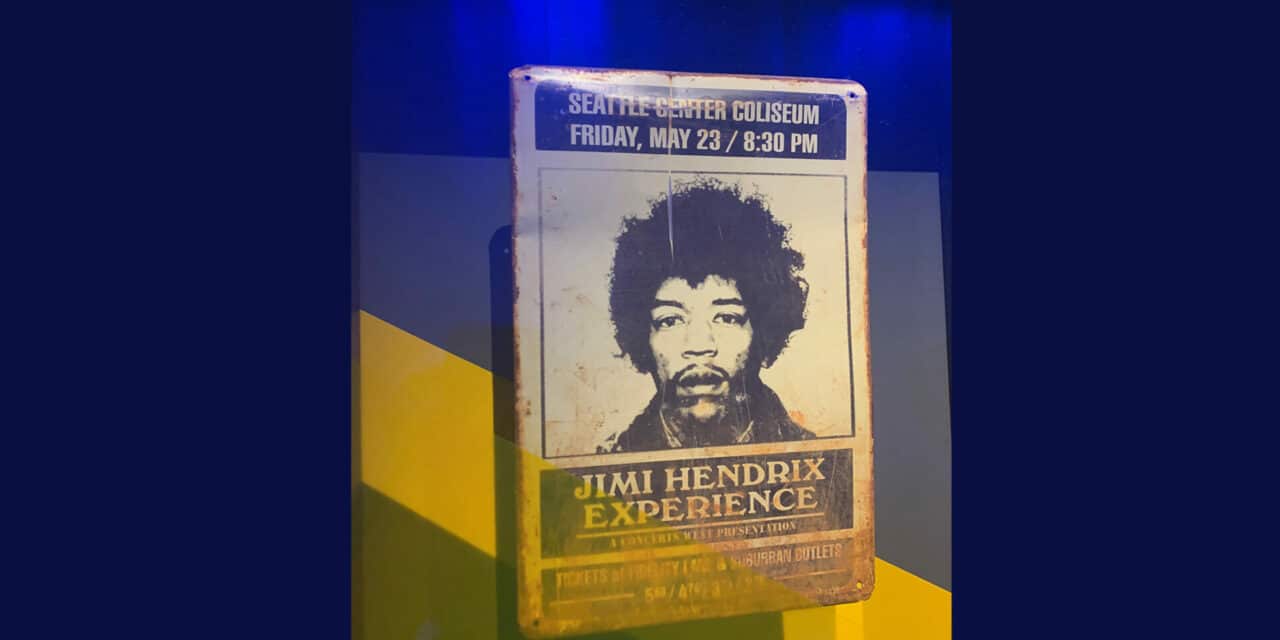 Climate Pledge Arena was designed as much for concerts as sports. It’s a key piece of the revenue equation for developer and arena operator Oak View Group, which made the decision to run merchandise in-house for the 80 shows projected annually.

In late summer, Nina Schilling was hired as OVG’s general manager to oversee arena retail operations apart from the Seattle Kraken’s in-venue merchandise. (OVG is also the owner of VenuesNow.)

OVG could not have selected a more qualified person to do the job.

Schilling, born and raised in Seattle, has worked in the concert merchandise biz for more than 25 years. She was first exposed to it while dating the “merch guy” for Candlebox, a local rock band that broke nationally in the early 1990s.

She ultimately got a full-time job with Bitter Face Vending, a Seattle merchandise vendor. Schilling sold T-shirts and trinkets at virtually every music venue in town, including KeyArena, the forerunner of Climate Pledge Arena.

In 2008, Schilling moved to Showbox, a group of Seattle clubs run by AEG Presents. She managed the merchandise for a pair of venues with 1,100 to 1,800 capacity.

In 2011, she took over the merchandise operation for comedian Jeff Dunham and held that position for about 11 years before OVG hired her. Schilling started her new job in September, but worked Dunham tour dates through Oct. 3.

“Once you get in, you can’t get out,” Schilling said. “You either love it and stay and say ‘I can’t get enough of it’ or ‘This is not for me’ and you leave. I’m one of the people that loves it.”

Looking back at KeyArena, Schilling recalls working at many concerts there, including Billy Joel, Elton John, Cher, Rod Stewart and Metallica. Even then, back in the 1990s, it was a dated facility with limited space.

“That’s the case at most buildings,” she said. “We’re kind of like the redheaded stepchild. (Arenas) don’t typically think about where to put a merch stand. But you find a spot, you make things work and people always find you.”

At Climate Pledge Arena, which at close to 900,000 square feet is more than twice the size of the old building, there will be display cases framing more of a permanent location to sell concert merchandise, plus a trailer outside the arena, which is a big help for expanding points of sale, Schilling said.

As it stands now, despite continued uncertainty over the pandemic, retail spending is up for live events, Schilling said. For Jeff Dunham’s tour, she’s seen per caps increase from $3 to $10 over pre-pandemic shows.

“I’ve been with Dunham for 10-plus years and I have never seen merch sales like I have lately,” Schilling said.

“The hardest part right now is getting the product; it’s that supply chain,” she said. “But we were all cooped up for so long and a lot of people saved their money and have a big chunk of it to spend to support the bands and artists. People want to have fun and enjoy life again, even though it’s still a weird time.”

The cashless trend has crossed over to concert merchandise, the last bastion to fully make the conversion.

From what she’s seen on the road, it’s another factor driving higher sales, according to Schilling.

Dunham’s first tour stop this year was June 10 at VyStar Veterans Memorial Arena in Jacksonville, Florida. Ticket sales were down by 2,000 compared with Dunham’s 2020 performance at the venue just before the pandemic, but per caps jumped from $6.20 to $9.62, all because of cashless transactions, she said.

“A lot of people in the business were opposed to it at first because they felt it would slow things down,” Schilling said. “But it moved so fast. You don’t have to worry about workers pocketing money and making incorrect change.”

Beyond the business aspect, she’s a proponent of going cashless from a health and safety standpoint.

“In 2009, I worked the main stage merch stand at Bumbershoot with sweaty people and dirty cash changing hands,” Schilling said, referring to the annual Seattle arts and music festival. “I ended up catching the swine flu.” She wound up hospitalized in an intensive care unit.

There’s no way to know for sure the source of the disease, she acknowledged, but since that time, Schilling has been careful about handling money. For the most part, she won’t have to worry about it at Climate Pledge Arena.

“It’s great, and with the (transaction) system we have, atVenu, it makes your life so much easier,” she said.