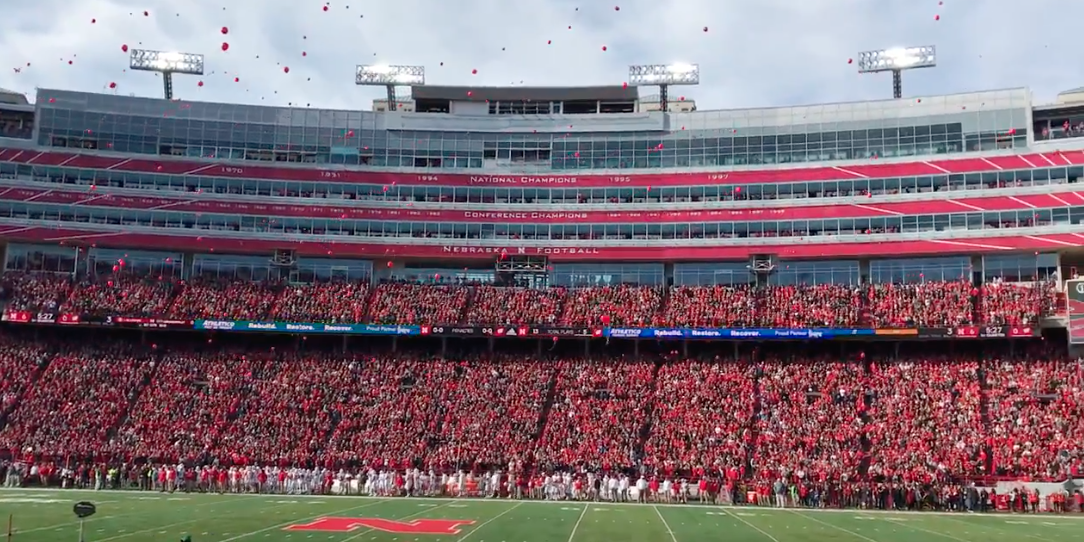 Releasing red balloons after the Cornhuskers’ first score is a Memorial Stadium tradition. (Tim Newcomb) Nebraska maintains longest college sellout streak with passionate fans, familiar food LINCOLN, Neb. — Nebraska Cornhusker football is steeped in tradition, built on five national championships and a fan base that hasn’t failed to fill Memorial Stadium in Lincoln since 1962. And while the program has suffered less-than-stellar on-field results in recent years — the last national championship came in 1997 — that sellout streak just hit 374 games on the same day that the nation’s second-longest mark, Notre Dame’s string of 273, came to a crashing halt for a game that pitted two nationally ranked teams. Nebraska the fan base fully embraces Husker football, but Nebraska the school knows that the mix of tradition and passion isn’t fully exempt from waning interest, even if they haven’t seen it happen yet. “I have worked in […]
To access this post, you must purchase Subscribe to VenuesNow – 1 Year, Subscribe to VenuesNow – 2 Years or Subscribe to VenuesNow – 3 Years. If you are already a member of VenuesNow, please login here: log in