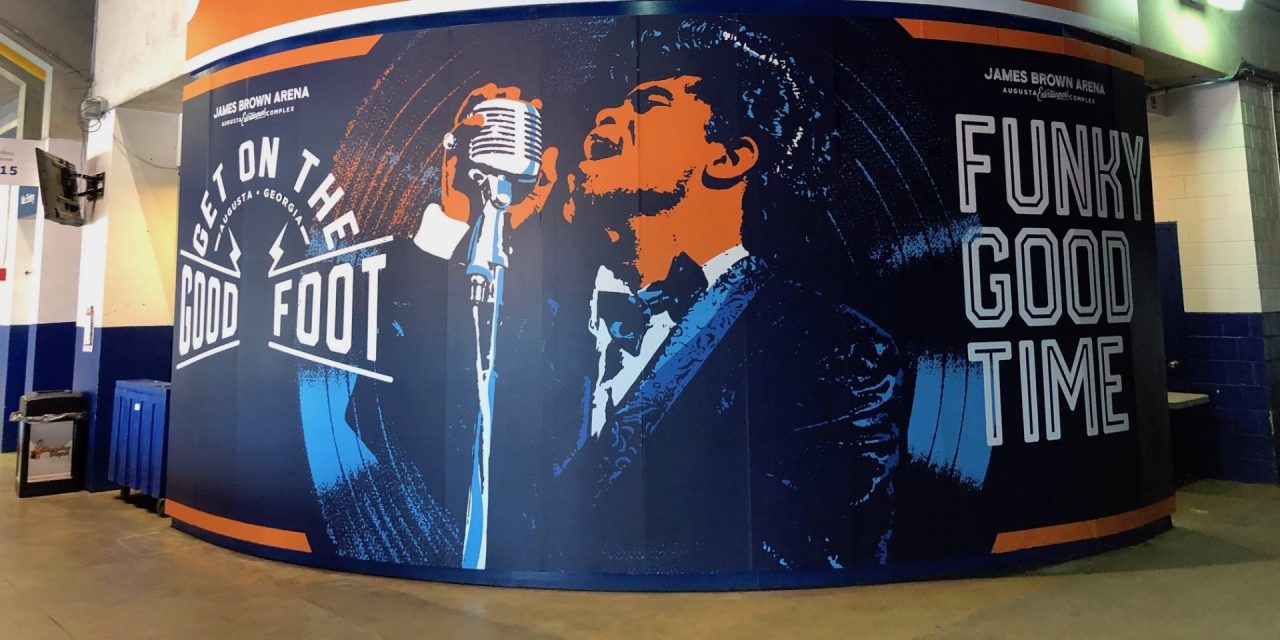 Fresh graphics are already in place inside James Brown Arena in Augusta, Ga. (Courtesy James Brown Arena) Removal of freestanding marquee in rebranding effort worried some fans James Brown fans can rest easy. The Godfather of Soul’s name is staying on the arena in his hometown. Some admirers of the legendary singer thought otherwise when James Brown Arena in Augusta, Ga., temporarily replaced its outdoor sign recently, removing Brown’s name. Several locals protested their concerns on social media. Brad Usry, vice chairman of the Augusta Coliseum Authority, said the name isn’t going anywhere. In fact, Brown’s name, images and iconic lyrics will be more prominent through a rebranding that’s already underway. The 10-year-old sign was scheduled to be replaced due to its age as part of the rebranding. The marquee, on a freestanding sign outside the building, was temporarily replaced with a logo of the new brand, Augusta Entertainment Complex, […]
To access this post, you must purchase Subscribe to VenuesNow – 1 Year, Subscribe to VenuesNow – 2 Years or Subscribe to VenuesNow – 3 Years. If you are already a member of VenuesNow, please login here: log in