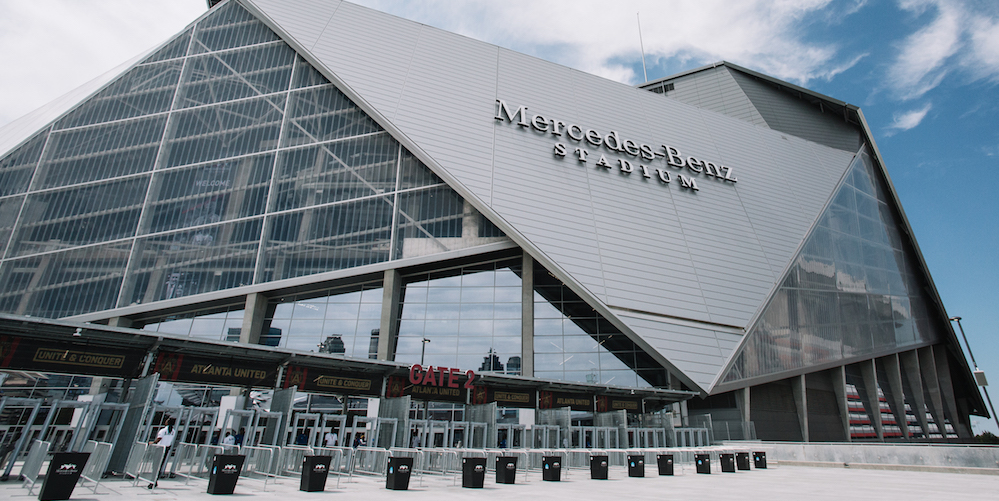 Mercedes-Benz Stadium in Atlanta has 140 magnetometers. It deploys 120 in set positions and repositions the rest as needed. (Courtesy Mercedes-Benz Stadium) Adjustments to security plan at 2-year-old facility began even before it opened Mercedes-Benz Stadium in Atlanta will be 2 years old in September. VenuesNow spoke with Joe Coomer, vice president of security for AMB Sports and Entertainment, the entity that runs the stadium, about how crowd control has evolved since the venue opened. Coomer joined the AMB team in the summer of 2015. “The building was only 30% complete when I came on,” he said. “A lot of it was design and concept and not much reality yet. Being on the project during those final two years of construction gave us the ability to add security features and future-proof the venue.” One of those security necessities, changing the location of the inspection points, was a major undertaking. “We realized […]
To access this post, you must purchase Subscribe to VenuesNow – 1 Year, Subscribe to VenuesNow – 2 Years or Subscribe to VenuesNow – 3 Years. If you are already a member of VenuesNow, please login here: log in