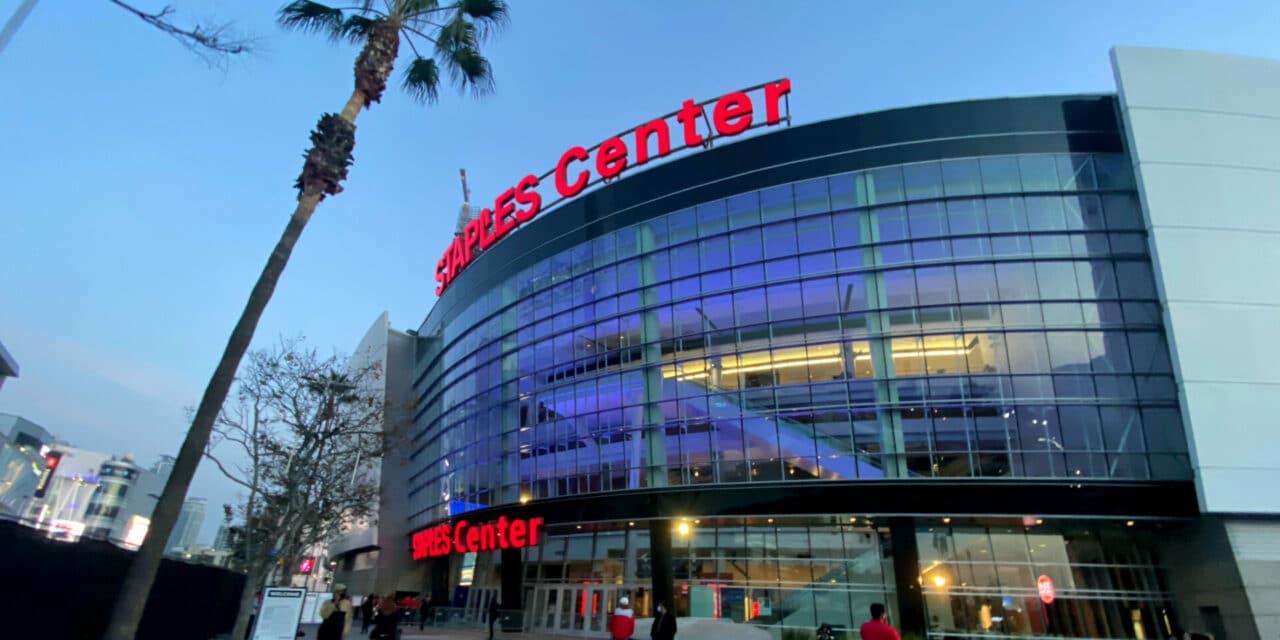 Staples Center, named for the office equipment retailer since it opened in Los Angeles in 1999, will become Crypto.com Arena. (Getty Images)

The news broke late Tuesday on the West Coast that AEG had signed a mammoth naming-rights deal with crypto.com to rebrand Staples Center and Yowell’s client, XBTO, a cryptofinance firm, messaged him from Sweden about the landmark agreement.

It’s exciting news to share. The 20-year deal with the cryptocurrency exchange is valued at between $700 million and $800 million, according to one source tied to the naming rights space. That makes it the richest naming rights deal in sports for a 22-year-old arena that’s home to four tenants across the NBA, NHL and WNBA.

The arena’s new name, Crypto.com arena, becomes official on Christmas Day when the Lakers play host to the Brooklyn Nets on national television.

“The funny thing is I’ve had deals in front of Crypto.com for six months and naming rights had never come up,” Yowell said. “Nobody knew Staples Center was even on the market. It was a smart deal for AEG to buy (the rights) back if Staples was having any hesitation. The way the market was moving in LA, they were primed.”

All told, Los Angeles now boasts three of the biggest naming-rights deals in sports, counting SoFi Stadium and the Intuit Dome, the future home of the NBA Clippers. All three deals run more than $30 million annually.

On its own, Crypto.com, headquartered in Singapore and founded in 2016, has strengthened its position in sports marketing.

To this point it’s been competing with FTX, another cryptocurrency exchange, that bought naming rights for the NBA Miami Heat arena and for the field at the University of California’s Memorial Stadium. 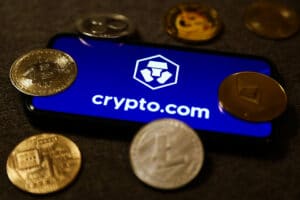 In Los Angeles, the deal extends to official designations with the NBA Lakers and NHL Kings, the Microsoft Theater and L.A. Live, the retail and entertainment district across the street from Staples Center.

The arena itself will feature Crypto.com branding across premium areas and a 3,300-square-foot activation space at the arena entrance.

The deal falls in line with major renovations planned for Staples Center over the next three years and should go a long way toward helping AEG finance the project. The upgrades are expected to run nine figures, arena president Lee Zeidman told VenuesNow in October 2020.

At this point, cryptocurrency won’t be accepted as a form of payment for purchases made at the arena, Zeidman said. No decision has been made whether that could change in the future, he said.

Some big league teams are already paying players in cryptocurrency and American Airlines Center and Golden1 Center accept crypto for purchases at those two arenas.

Naming-rights consultants applauded AEG for striking the deal and said it’s yet another example of the powerful message and value for a brand to put its name on a big-league building.

At the same time, given the cryptocurrency category has exploded in such a short period of time, there’s concern among some experts about the business model for a virtual platform that can rise and fall in value like the stock market. It’s led to some teams and facilities speculating about its long-term future.

“We received an offer from a crypto firm for the (New Orleans) Saints for naming rights of the Superdome that they passed on,” said Dan Griffis, president of Oak View Group Partnerships, the agency that ultimately brokered a deal with Caesars Entertainment for the dome. “Ten months ago, the world was in a different place when it came to crypto.”

Now, as teams and venues get back on track after a lengthy shutdown due to the pandemic, it’s a whole new world for cryptocurrency and sports betting, two of the hottest categories in sports marketing.

Over the past two years, Griffis has closed six naming-rights deals, including the Superdome and NHL’s two biggest agreements for Climate Pledge Arena and UBS Arena, plus the Caesars Superdome.

The crypto craze reminds him of the dot.com boom in the late 1990s in which some tech firms bought naming rights for sports venues and later backed out of those deals after going belly-up.

“I’m a much more conservative person when it comes to these types of things,” he said.

On the other hand, Chris Allphin, an executive vice president with Elevate Sports Ventures and who has advised on multiple naming-rights deals, is a big believer in cryptocurrency. He’s been buying it for years and says it’s one of the best investments he’s ever made.

“It can crash to zero tomorrow but I don’t really think it will,” Allphin said. “It’s here to stay; it makes too much sense.”

As the crypto market matures, there will most likely be three to five reputable companies that emerge with the rest getting weeded out of the industry over time, Griffis said. It’s a fertile environment and sports fans have a lot of discretionary income and are open to these types of investments and ways of making money. For tech brands such as crypto.com, it’s a great opportunity to get their name out there, even though nobody really knows for sure if crypto is going to be around in 10 years, he said.

The question that remains unanswered, though, is whether AEG will be paid in part with cryptocurrency.

Officials with AEG Global Partnerships and crypto.com did not return emails for comment.

Yowell believes a small portion of crypto.com payments could potentially come in virtual currency with AEG possibly investing in the system.

“A lot of those companies I heard were putting money into escrow accounts where it sits there and in case they default on it, the (team/venue) gets a big lump sum check, whatever is in the account that would transfer over in compensation for them leaving the deal,” Griffis said.

“These high-profile assets are more risky for some of these types of industries,” he said. “My guess is AEG did their due diligence, felt comfortable with the risk involved and felt like it was the right thing to do and good for them.”

Knapple, who serves as Elevate Sports Ventures’ chief partnership officer, brokered the original naming-rights deal for Staples Center in the late 1990s. He worked on the agreement with Tim Leiweke, AEG’s former CEO and now chairman and co-founder of Oak View Group, owner of VenuesNow.

At the time, Knapple was with ProServ. It was the first naming-rights deal done by a third-party agency, he said.

Knapple believes cryptocurrency is here to stay. In June, Elevate sold the first jersey patch deal for a cryptocurrency brand when StormX acquired those rights for the NBA’s Portland Trailblazers.

“There’s risk in any naming-rights agreement and long-term partnership over time,” he said. “It continues to validate that this happens to be a category that less people fully understand at this stage, and that’s part of the opportunity.”

Twenty-five years ago, Knapple said, the same situation occurred with Staples, the office equipment retail store that was competing for business across the country with Office Depot and OfficeMax.

“When that deal was in the works, they were not a household name and needed to have that luxury position,” he said. “Fast forward to today, and crypto, in broad strokes, whether it’s an exchange or currency, is a sign of the times. L.A. is hosting the World Cup, the Olympics (and the 2022 Super Bowl). There’s a lot going on here and it’s a great building and good for them for doing it.”

Looking back, Knapple says he’s proud of playing a key role in the Staples Center deal, which helped propel his career in the initial stages of the naming-rights era.

“We started an industry. To that point teams had done it, but this was the first time agencies got involved,” he said. “I’m ever grateful for having worked on the deal for Staples Center and to help it flourish. Twenty-five years later, I’m still working in this space, still creating these deals.”