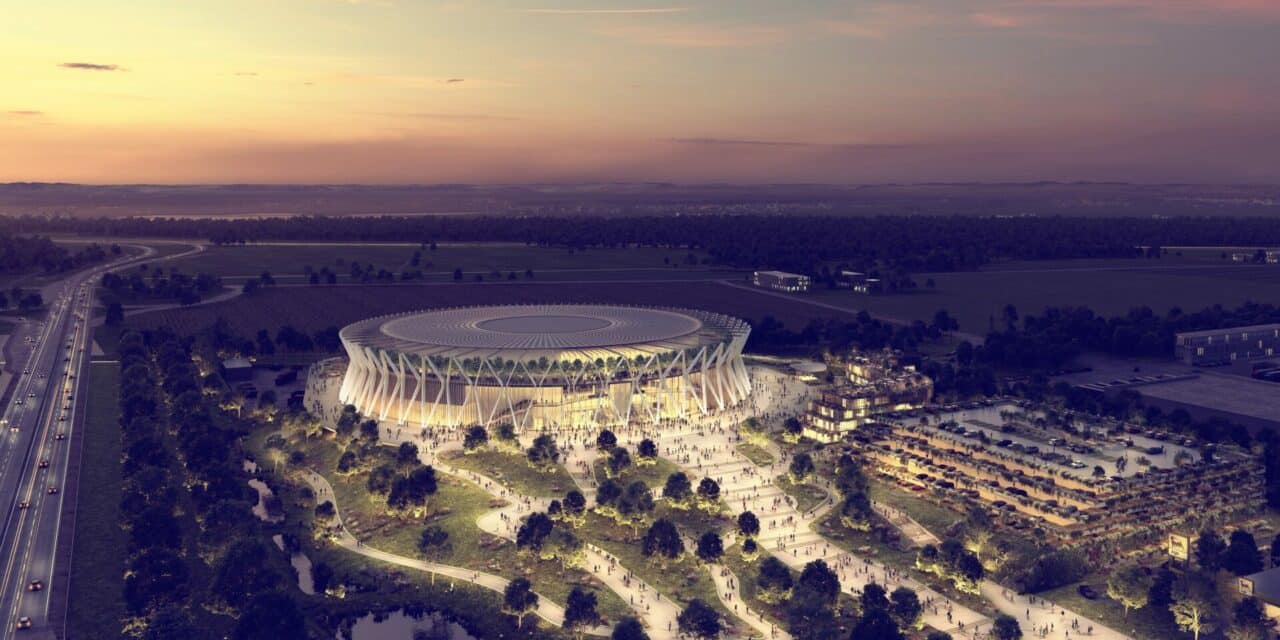 FROM ABOVE: A rendering of the $300 million arena proposed for Munich, Germany, positioned to be climate-positive with a focus on concerts. (SWMUNICH Real Estate GmbH /Populous)

Project to put Munich on map for concerts

Germany’s southern region lacks a modern arena for concerts, with the world’s superstars typically performing in the city’s Olympic Stadium or the smaller Olympiahalle, built in 1972 for the Olympic Games.

Many international tours skip Munich in favor of Hamburg, Berlin and Cologne on their way through Germany, where Barclays Arena, Mercedes-Benz-Arena, and Lanxess Arena, respectively, offer artists and promoters all they could ask for in a concert building. That’s about to change.

A team of like-minded individuals combining ample experience in events, event infrastructure, real estate and finance has come together under the banner of the SWMUNICH Group to develop Germany’s first climate-neutral concert arena.

Currently running under the working title MUCcc, which stands for “multi-use concert and convention center” (while MUC is also the common abbreviation for Munich), the $300 million, privately-funded project will take about five years to be built. The first administrative hurdles have been taken; the project recently got  the green light to prepare a zoning plan from the local committee for planning, building and the environment. 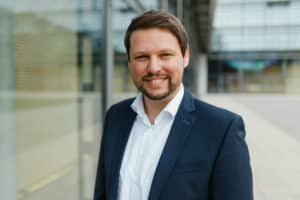 BIG IDEA: Lorenz Schmid, CEO of SWMUNICH Group, has set out to to bring a purpose-built state-of-the-art concert arena to his hometown. (Courtesy SWMUNICH Group)

Lorenz Schmid, CEO of SWMUNICH Group, said the vision to build a concert venue in Munich came to him after attending an arena panel at Pollstar Live! 2017.

“I spent the entire flight back to Munich contemplating why my hometown was lacking a state-of-the-art entertainment venue and eventually decided I had to come up with a solution,” Schmid said.

Germany is a bureaucratic jungle and the issue of ensuring residents are happy with traffic flow and access to public transport is more difficult than it sounds. It wasn’t enough to deter him, though. Schmid found the perfect site close to Munich International Airport.

Once the world’s major concert promoters, buyers and vendors, including Live Nation, CTS Eventim, AEG and VenuesNow parent company Oak View Group, realized what Schmid was up to, they wanted to get involved. Schmid started with the independent route, to bring “local-DNA” inside the project and demonstrate to the world how a truly Bavarian arena should look like.

“They were hooked from the start and happy to partner with me,” Schmid said.

Populous, which designed The O2 in London, is the architect for the Munich project.

Schmid traveled the world in preparation for this project, visiting  40 arenas, from Perth, Australia, to Los Angeles, talking “to everyone, from the execs to the janitors, to find out exactly what makes a building great, what works well, and what doesn’t,” he said. “The cons interested me much more than the pros.”

His notes came in handy. “We approached the building from the inside out,” he said. “The architectural design didn’t concern me in the beginning. We spent about a year just thinking about space and function. How many loading docks do we need, and where, and what are the perfect working conditions for production and touring crew?”

The new arena will load and unload up to 17 trucks simultaneously. The roof will hold 300,000 pounds of rigging. The seating bowl is a black box: no daylight reaches in, tied to a flexible draping system for multiple configurations. The maximum will be 20,000 seats, offering perfect sight lines in an end stage setup, he said.

The arena should put Munich on the map internationally. If a tour plays 20 dates in Europe, Munich will be a serious contender. Promoters make no secret that profit margins increase in the 15,000 to 20,000 segment.

The focus on live music means the building won’t be suited for sports, and, according to Schmid, “We don’t want to be. There are venues that are already very good at hosting sports in Munich. We won’t host any type of sports leagues, nor will we have a home team. Our focus is solely on live entertainment, most importantly concerts.” 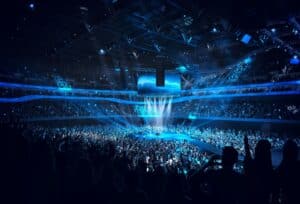 “Sustainability isn’t just a marketing topic, but a matter of attitude,” Schmid said. “We’re looking at the entire life cycle of the arena, aiming to keep the CO2 footprint as small as possible during construction. By continuing to operate in a sustainable manner throughout the arena’s lifetime, the goal is to become Germany’s first climate neutral and eventually climate positive arena.”

He emphasized that sustainability was about much more than just climate protection. To his team at SWMUNICH, the term includes three pillars: ecology, which includes the environmental aspects from maintaining a low CO2 footprint to waste management. There’s also an economic side to sustainability, which includes things such as working with local businesses during construction and operation of the arena.

Deloitte consultants project that the arena will add an economic benefit of $275  million annually to the region.

“If you’re not operating in an economically viable manner, you won’t even have the resources to implement ecological ideas, no matter how fancy they sound,” Schmid said.

By building close to the airport, guests will have access to hundreds of existing parking spaces available to travelers, he said. The site is easy to reach from all directions, with three public city train lines and bicycle paths that connect the arena to the city. Airport shuttles connecting the airport to cities in Germany and Austria will be expanded to transport concertgoers on show days.

In addition, the arena can be attached to the existing heating grid encompassing the airport.

“We’ve got a capable infrastructure thanks to the airport,” he said. “Just contemplating the amount of sealed area we’re avoiding thanks to the already existing parking spaces is fantastic.”

“Our projections indicate that 80% of guests will come from a 200-kilometer catchment area, only 20% are actually going to arrive from Munich city,” he said.

The arena won’t use fossil fuels to satisfy its energy needs, but rather try and generate all electricity needed through its own means, including solar panels on the arena, hotel and parking deck roofs.

“We will also use the naturally occurring geothermal energy. All of this means that our prime energy requirements — cooling, ventilation, heating — are 30% to 35% lower than comparable arenas, which is gigantic,” Schmid said. “We’re striving for gold certification from the world’s leading authorities in the field of sustainability.”