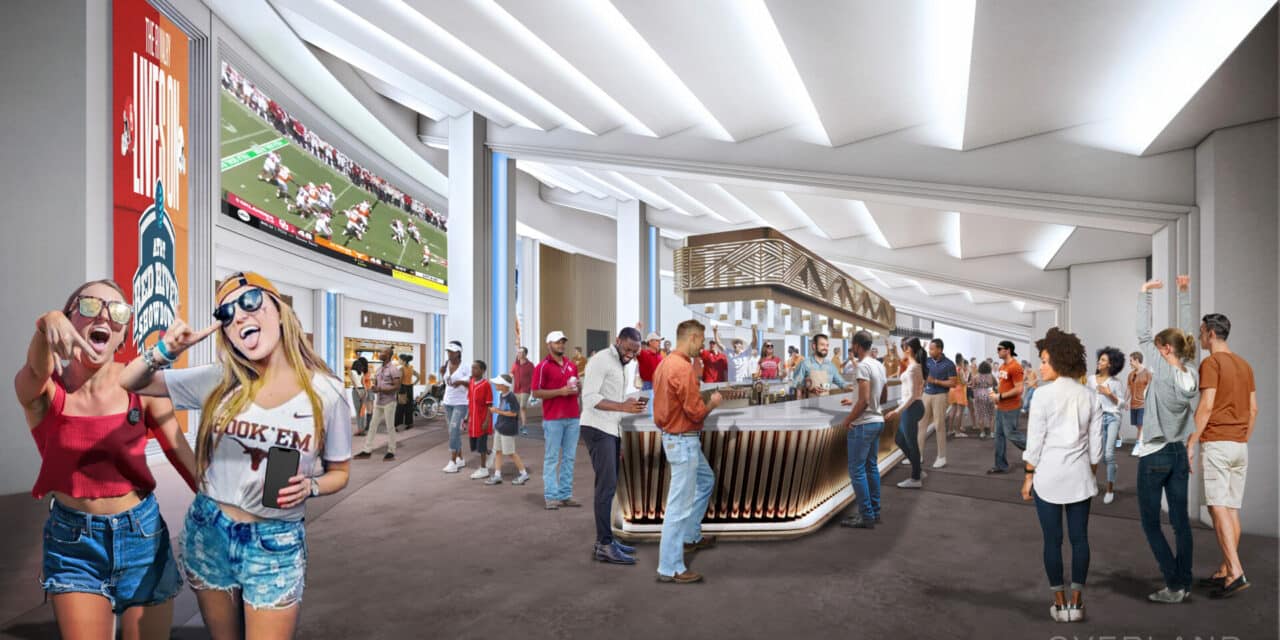 COTTON CLUB: A rendering produced by Overland Partners shows what a club level could look like as part of upgrades to Cotton Bowl Stadium. (Courtesy Fair Park)

Fair Park officials expressed confidence that a vote to approve roughly $300 million in public money to renovate six venues will pass, securing the long-term future of the historic complex in Dallas.

On Nov. 8, local residents will vote on a measure called the Brimer Bill. It’s tied to a proposed 2% increase in hotel taxes as a funding mechanism to upgrade Cotton Bowl Stadium, Fair Park Coliseum, Fair Park Bandshell and three other facilities on the sprawling 277-acre campus.

If approved, the same mechanism would provide funding to help finance a $1.5 billion expansion of the Kay Bailey Hutchison Convention Center in Dallas.

The tax increase would be supported a bond issue to initially finance the renovations.

“There’s a huge amount of public support,” said Brian Luallen, CEO of Fair Park First, the nonprofit hired by the city of Dallas four years ago to oversee the complex, which in turn hired Spectra (now OVG360) to manage the property and book events. “Both Fair Park and the convention center suffer from the same problems. We’ve had sort of a Frankenstein approach over the years of stitching together these interim solutions with no long-term plan, and that always hobbles public venues.”

The $300 million would represent the largest investment in Fair Park since many of the art-deco style buildings opened in 1936 for the Texas Centennial Exhibition. Considering market conditions, the cost could escalate to $500 million, Luallen said. Fair Park First plans to apply for historic rehabilitation tax credits at the state and federal level, which would help close the gap on funding, he said.

In addition, Fair Park First has committed to raising $100 million in philanthropic donations to help with the massive facelift. The group has already secured $25 million to build a community park and a 1,500-space parking garage. Construction on both projects starts next year.

Pending approval of the funding mechanism, Luallen said project officials will hire an owner’s representative by the end of October to to map out a timeline for renovations and a strategy for working around major events such as the State Fair of Texas, a longtime tenant that draws 3 million attendees annually. This year’s state fair starts Sept. 30 and continues through Oct. 23.

‘Darren James, president of the board of Fair Park First and an architect with KAI Enterprises, among the country’s largest minority-owned design firms, said he feels bullish about the public vote. The key is to educate voters on what it all means to update all those facilities, James said.

“We call Fair Park our unicorn,” he said. “There’s no other collection of facilities and uses like this in terms of the diversity and variety. We could have “Hamilton” going on (for example) at the same time as a hip-hop show, a wedding reception and a Christmas event. There’s no place like it in the world.”

As part of that educational process, Overland Partners, a San Antonio-based architect, released a series of renderings this month to give the public a glimpse at the potential transformation of Fair Park venues.

The images came after Overland Partners, led by a group of former HKS architects including Bryan Trubey and John Hutchings, completed an assessment of the six venues targeted for improvements.

“Part of our work is to not only understand existing conditions but what it would take to make those 21st Century venues,” Trubey said. “It also applies to seven of the exhibit halls. The interiors and exteriors are quite stunning pieces of art deco architecture.”

For Cotton Bowl Stadium alone, as previously reported by VenuesNow, the plan is to transform three to four levels of the tower building constructed 10 years ago at the stadium into new premium seat inventory, among other upgrades. The renderings released on Sept. 7 show a proposed club level and a modernization of the main concourse.

Trubey is intimately familiar with Cotton Bowl Stadium from the time he spent designing a new facility for the NFL Dallas Cowboys that opened in 2009 and was later renamed AT&T Stadium.

Five years before the Cowboys’ venue opened in Arlington, Texas, Fair Park was under consideration as a site before negotiations fell apart between the team and Dallas officials. For the Cowboys, there were historical ties to Fair Park. They played 11.5 seasons at Cotton Bowl Stadium before moving to old Texas Stadium in October 1971.

“That whole exercise, even though a lot of people were disappointed that a new Cowboys stadium didn’t go there, was a clear recognition of the latent value of Fair Park,” Trubey said. “Why was Fair Park even considered at that time the most viable site in Dallas? Because it’s a known destination for sports and entertainment. The intimacy of the seating bowl is an amazing experience.” 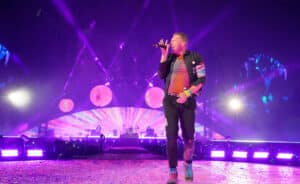 On May 6, the group launched their 2022 world tour at Cotton Bowl Stadium, drawing a sellout crowd of 58,669 with $6 million in gross ticket sales, according to Pollstar concert data. Coldplay also held rehearsals at the Cotton Bowl and Martin told Fair Park officials the stadium’s intimacy reminded him of the vintage European soccer facilities the band plays overseas.

Last fall, Mick Jagger did his part to promote Fair Park, posting photos on social media of his visit to the African American Museum before the Rolling Stones performed Nov. 2 at the Cotton Bowl. Pollstar numbers show a sold-out audience of 43,469 with $9 million in gross ticket sales.

“During the recent Overland survey, Bryan identified the fact that our folks in the upper deck at the Cotton Bowl are closer to the field than the club level at AT&T Stadium and that’s significant,” Luallen said. “It’s an incredible venue.”

Part of the issue is the stadium has tripled in capacity over the years without expanding the number of concessions and restrooms to match that growth. The upgrades would dramatically improve the fan experience, James said.

Fair Park has had interest from local colleges and high schools to play football games at the stadium, apart from the annual Texas-Oklahoma and Prairie View A&M-Grambling contests.

“It’s not going to rival SoFi Stadium or AT&T Stadium, but it’s going to fit within a well-needed niche to attract a different kind of crowd,” James said. “We’re slowly but surely peeling that onion and once we get that (public) money, we’ll be able to do things to bring it up to speed.”

There are indications that Fair Park could be in line to host several events connected to the 2026 FIFA World Cup, which makes the vote even more critical, Luallen said. Local matches will be played at AT&T Stadium.

“There is some urgency,” he said. “There’s a finite deadline for that and delivering these facilities seamlessly will be our No. 1 priority. That’s what it takes to get these historic buildings on a forward trajectory.”