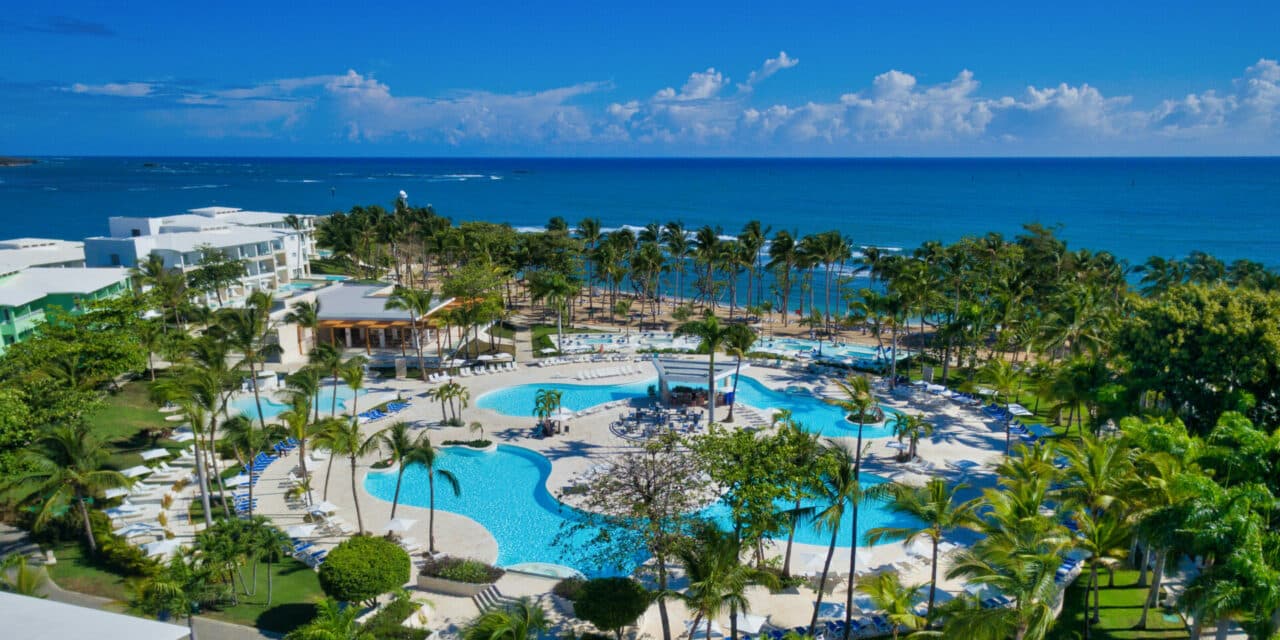 The debauchery theme for the Jan. 28-Feb. 4 event is largely promoter hype.

Mark Stern, the point man behind Destination Chaos, has spent 40 years as a musician, label owner and promoter. He knows how to cater to his audience, and these days that includes mocktails and vegan menu options, while still providing top-shelf spirits and carnivore canapés. He’s mindful that people might want to go snorkeling and promises it won’t be a constant audio onslaught. It will be the yin and yang of rock and roll, rest and recuperation.

Toronto-born, LA-based Stern has been a member of punk rock royalty Youth Brigade since the 1980s. He co-founded BYO Records (with brother Shawn) and put on Punk Rock Bowling and Music Festival in Las Vegas for the past 20 years. This year, he launched Upstart Entertainment with Chris Wicke and is putting all his energy into developing Destination Chaos.

Open to attendees 18 years old and above, guests are required to purchase their own flight to the island and commit to a minimum of four nights at Senator Resort and Spa in Puerto Plata (Jan. 28-Feb. 4). Packages are insured through AIG Travelguard for U.S. citizens only; residents of other countries must get their own insurance.

“For the real wild child at heart that also loves fine dining and a stiff drink!” it reads.

VenuesNow spoke with Stern about why he left BYO to start Upstart Entertainment and how Destination Chaos is shaping up.

VenuesNow: What came first, the name Destination Chaos or the destination?
Mark Stern: It sort of happened all at once.  After 20 years of booking and curating Punk Rock Bowling in Vegas, I decided it was time to move on and branch out with booking more diverse artists in a different type of setting. PRB was my family and I put all my heart and soul into it, but after a while we all need change. The festival will continue and people love the event. I’m hoping to crest something fresh and new — and it doesn’t hurt that there is good surfing just 20 minutes down the road from the resort. Chris Wicke approached me around the same time.  It wasn’t the reason I left Punk Rock Bowling; it just happened simultaneously.

When Chris first approached me, I was skeptical in the beginning. But then I went down there and I saw the place for myself and we all started talking about the vision. Everyone seemed on the same page about what we wanted to create with this event. Being from LA, people don’t know the Dominican that well, but it is affordable to fly there from the West Coast. On the East Coast and Canada, everyone I know is like, “Oh, I’m there. This is where I go.” It’s the East Coast equivalent to Cabo.

Was it an existing resort or a new build?
The Experience Resorts have secured both the Senator Resort and The Playabachata Spa Resorts — which sits on the same property on the northern end. All three resorts have been fully functional through COVID and each have their own pools, restaurants and meeting spaces. They all share the same 1.3 kilometers of private beach and are connected through beautiful gardens and pathways. Currently, we have two existing venues with stages and we are in the process of building the main stage that will sit in the middle of the property facing the ocean so it will be viewable from the beach, pools and surrounding bars. Rooms on the property vary from swim-up suites featuring their own private pools to garden view rooms that sit in a beautiful tropical setting.

How many people are you planning for?
The hotel has 1,500 rooms, so we’re shooting for 3,000. We can go up to 5,000. We’re going to add single-day passes for locals because we don’t want to exclude them. But our main goal is you have to buy a room in order to get admission to these shows.

You have about 20 bands on the bill. How will they be spread out during the week?
A lot of the bands are playing twice. They’ll play one day and maybe three days later. We do this in Vegas too, where the bands don’t just come in, play and leave. They want to hang out all week. It’s the same kind of thing. You come down and play; you have some days off, you play another set. If a band’s playing today but you want to go for a boat ride or go snorkeling, you can see them another day. We don’t want it to just be an onslaught of music. There’s pools; there’s excursions; there’s comedy; there’s great food. So, a lot of different things to do. We’re not looking to bombard people with 20 bands all day long for seven days. 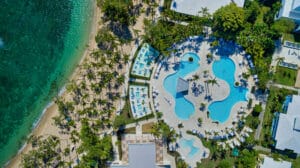 DESTINATION TRANQUIL: The main stage for Destination Chaos is still being worked out, but plans call for an “amphitheater of pools” surrounding a standing area. (Photo Courtesy Upstart Entertainment).

What are the stages like?
We’re just working on the main stage. We already have two venues. One’s right on the beach. They’re all spread out but nothing’s going to be overlapping.

What is the distance between stages?
It’s not far and there’s plenty of time between shows. It will be few hours later.

Can attendees hang in the pool and see the stage?
That’s what we’re working on for the main stage. We’re trying to do this tiered pool, kind of like an amphitheater of pools, with a big open space in the middle for standing. That’s the build. That’s the only thing we’re working on at the hotel. There’s already a pool there, but they’re starting to remodel.

If you have pools, drinking and rock ‘n’ roll, which safety measures will be in place?
There’s lifeguards; it’s like any hotel.  It’s common sense as well. I know this crowd because I’ve been doing it for 20 years in Las Vegas. It’s a little bit older. They’re very respectful.

You have an impressive lineup. Did you encounter any hesitancy from agents, artists attendees about cancellations,  the typical things that we’ve seen with COVID?
No. Things are getting better on that end. There’s plenty of destination events that do well. I have friends that do cruises out of Miami, like the Flogging Molly Cruise. We’re getting a really good response from the East Coast, Canada, Europe. Europeans like to travel; they have passports The lineup’s really stacked. I love it. I’ve been trying to get a lot of these bands at my other event, just trying to mix the old and the new.

Did you make a conscious decision to get female-fronted acts?
Always. We have a pretty good mix. Bridge City Sinners and Amyl and the Sniffers. About half of the bands have females. But the bands also have to be good. The same with any ethnicity or LGBTQ, It doesn’t matter to me so long as the band’s good.

We’re also adding local bands. That’s going to get announced in three or four weeks. It wasn’t that I didn’t want to put them on; I didn’t find any good bands. I was searching and searching, but then once we announced the festival, I got flooded with “Check this out. check that out,” and I listen to everything. In Vegas, I booked the whole thing myself, 150 bands every year. I’m very aware of what’s going on and I check everything out and because I ran a label. I’m all about developing bands.

Are you only going to do this annually? Would you be putting on multiple festivals of different genres at this space?
Definitely. Because it’s a destination, you have to sell it way in advance. It’s hard. You don’t want to stay in the same genre because you’d be competing with yourself. I’m looking at different things. Just getting this one off the ground first. The main thing is to make this successful, great production, a great experience for everybody so that people can talk about it and want to come back.