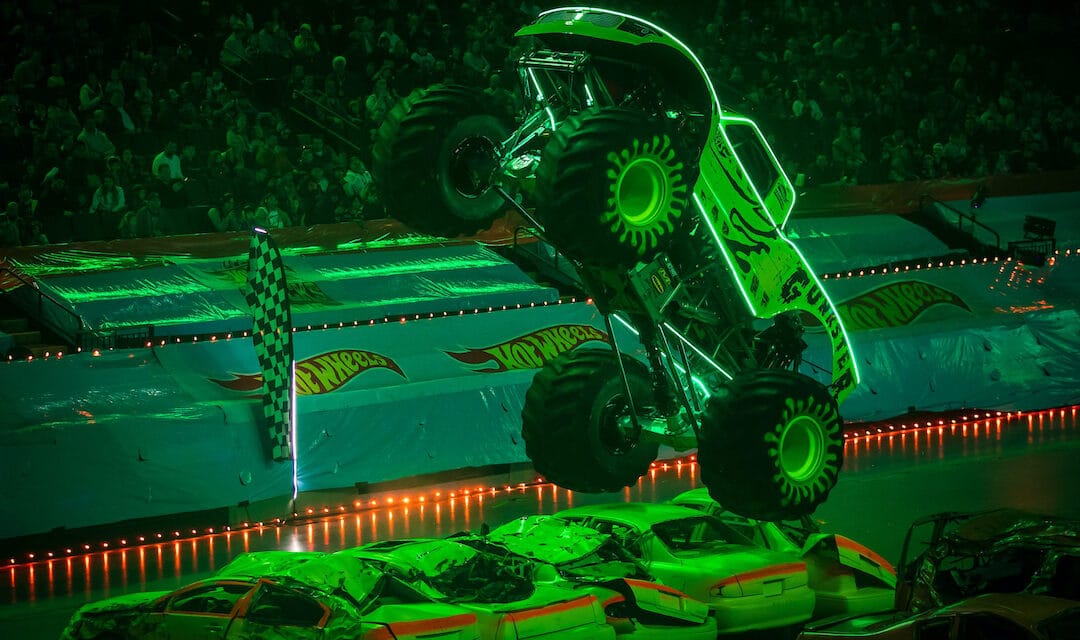 The U.S. portion of the tour opens Jan. 7-8 at Thompson-Boling Arena in Knoxville, Tenn., and wraps April 22-23 at Donald L. Tucker Civic Center in Tallahassee, Fla. The run through Europe begins Jan. 2-3 at OVO Hydro in Glasgow, Scotland, and concludes April 8-9 at M&S Bank Arena in Liverpool, England, after playing dates in Belgium, Denmark, Poland and Spain.

The tour, produced in conjunction with toy maker Mattel, owner of the Hot Wheels intellectual property, debuted with three sellouts over Labor Day weekend at Toyota Center in Ontario, Calif., and now moves to Mechanics Bank Arena in Bakersfield, Calif., for a Sept. 11 show. The show’s 2022 dates wrap Nov. 19 at Target Center in Minneapolis.

Tickets average $20 and there is special pricing for kids and a host of discounts available throughout the tour. 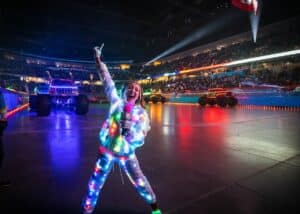 The show also features a premium Crash Zone Pre-Show Party, with access to the arena floor and autograph signings by drivers, that begins two-and-a-half hours before each performance. Each patron’s ticket has an autograph signing card and attendees also get a souvenir placard and lanyard.

Family Entertainment Live puts on a domestic Hot Wheels Monster Trucks Live tour, that does about 30 stops per year. Another unit travels internationally and did 11 shows in 2022. That will increase to around 20 in 2023.

Family Entertainment Holdings founder and CEO Ken Hudgens spoke to VenuesNow’s James Zoltak about the tour and how the company go through the pandemic.

VenuesNow: When we last spoke, you were rolling out a drive-thru attraction in December 2020.

HUDGENS: We pivoted the Hot Wheels show into that drive thru during the pandemic. It did really well for us.  We did three events, one in Ontario, Calif., then January and February at Six Flags in Georgia and we finished in April of May in Foxboro at Gillette Stadium. We returned to arena events for the Hot Wheels show in September of 2021. It was a nice filler for us.

What else can you tell us about getting through the pandemic?

Fortunately the company is comprised of two properties. The Hot Wheels tour is an arena production and the Magic of Lights is a drive-through holiday light show attraction that’s outdoor in various locations. They were polar opposites during the pandemic. The Hot Wheels show can’t play at all in arenas but that 2021 Magic of Lights season for us was gigantic. We had four locations that did over 100,000 cars. We were fortunate in that the one property balanced out the pandemic impact on the other. 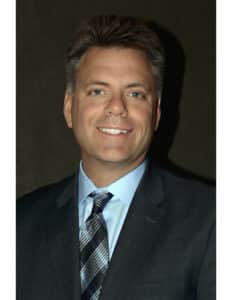 When did you launch Magic of Lights?

We started in 2016 pretty much right when I left Feld and we piloted three events to see if we liked the business. We loved the business except for renting the holiday lights so in 2017 me and my partners Eric Cole, Tim Murray and Grant Reeves put our own money up and built seven full-scale mile-and-a-half drive-through shows. We’ve been building that business ever since. They run from just before Thanksgiving and run them all the way to New Year’s and this year we will do 21. Those all happen simultaneously.

Is the Glow tour an all new show?

I would say it’s better to call it a new theme to the show. It’s still Monster Trucks, car-eating, fire-eating robot, freestyle motocross, but adapting those elements to all glow in the dark. It’s taking what’s been a fan favorite and putting a creative new twist on it.

Was that the debut for this incarnation?

We did a test last April to just see if it resonated and because Mattel is our partner with Hot Wheels they had to see it. They liked the way it looked and thought it was not only a good show but they liked the marketing of it as well and we debuted last weekend in Ontario and it’s off and running for the next 12 months both domestically and internationally. All of our shows between Sept. 1 of this year and August 31 of next year will be Glow Party shows.

How involved does Mattel get in these productions?

Mattel is very involved. Hot Wheels is one of the most iconic brands in the world and we take very seriously that they’ve entrusted me, and us, to represent it out there in this show. They’re very involved not only in show creation, theming of the event, storytelling, etc., but the more normal licensing aspects of making sure it’s represented correctly. We’re an extension basically of their Hot Wheels Monster Trucks toy line, so we’re as much a marketing engine for what they are doing as it is a standalone show. Hot Wheels internationally is very important for us. The international community isn’t necessarily as familiar with Monster Trucks as we are in the U.S., but everybody’s familiar with Hot Wheels everywhere in the world.

How do you select venues?

On the Hot Wheels Monster Trucks Live side it’s very competitive. We’re out there doing pick-pick-and-shovel work, calling venues, making sure that we’re current on avails, playing markets that make sense and there are always requests. We had a tough time in 2019 when the tour debuted of proving ourselves, but no whether it’s the venues or the venue management companies, they see not only is this a different thing — a more of show that caters to kids, it doesn’t have dirt, merchandise per caps are quite a bit higher than a normal Monster Truck show, (but) we’re trying to make fair deals where the venues make their share of the money. By consistently doing good shows and having good peoole doing the work we’ve been able to add on more venues and we’ve expanded the tour to where we’re touring almost 11 months out of the year. It’s hard work and relationships. Eric Cole has been booking venues for 30-plus years and knows everybody.

On the Magic of Lights side, it’s pretty different. We’re t outdoor facilities and spaces. We do everything from the parking lot at Gillette Stadium, to PNC Bank Arts Center in New Jersey, to Ottawa, where it’s akin to a national park. We’re looking for good partners, routes that work, markets that don’t have a lot or any holiday drive-through product.

What are your set-up and tear-down times?

The Hot Wheels show we are moving in in 10 hours, moving out in four hours. Again, no dirt, so it’s a clean and simple process. Magic of Lights is a 21- to 24-day move-in to erect the mile-and-a-half drive-through show and it’s probably a 10- to 14-day move out to take it all down put in trailers and get it into storage.

What can you tell me about how you price tickets to remain competitive and a good value to the market that you target?

That’s the core tenet of what we’re doing. Hot Wheels Monster Trucks Live is in the mid-$20s for an average ticket price. We have a kids price available at every show, all kinds of discounts. There are lots of ways to build the business. My way is volume. I want the most amount of people to sample the product because it’s my feeling that will give them a show good enough that they will want to come back. We’re focused on value. I’d rather be Walmart than Macy’s.”