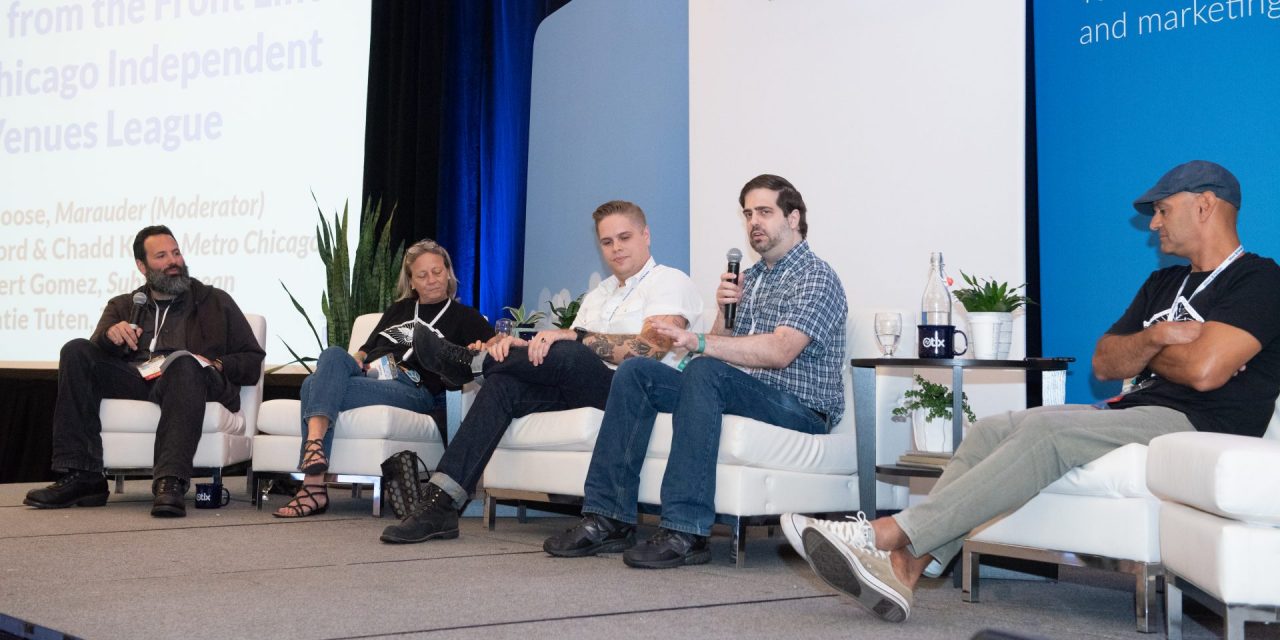 From left: Rev. Moose, Katie Tuten, Brett Crawford, Chadd Kline and Robert Gomez. When Chicago clubs decided to organize and push back RALEIGH, N.C. — Venues often fight for bands, but in Chicago venues banded together for a fight. The Chicago Independent Venue League formed last year in response to the proposed Lincoln Yards, a $6 billion mixed-use project led by developer Sterling Bay and targeted for the city’s North Side. Early plans included a United Soccer League stadium that could have hosted concerts, as well as three to five venues to be built and operated by Live Nation as part of an entertainment district, but those ideas were removed from the project after 2nd Ward Alderman Brian Hopkins said there was not enough public support. Representatives from some of CIVL’s 17 listed  clubs sat on the Sept. 6 lead-off panel at Etix Blast! to talk about the group’s start, the […]
To access this post, you must purchase Subscribe to VenuesNow – 1 Year, Subscribe to VenuesNow – 2 Years or Subscribe to VenuesNow – 3 Years. If you are already a member of VenuesNow, please login here: log in