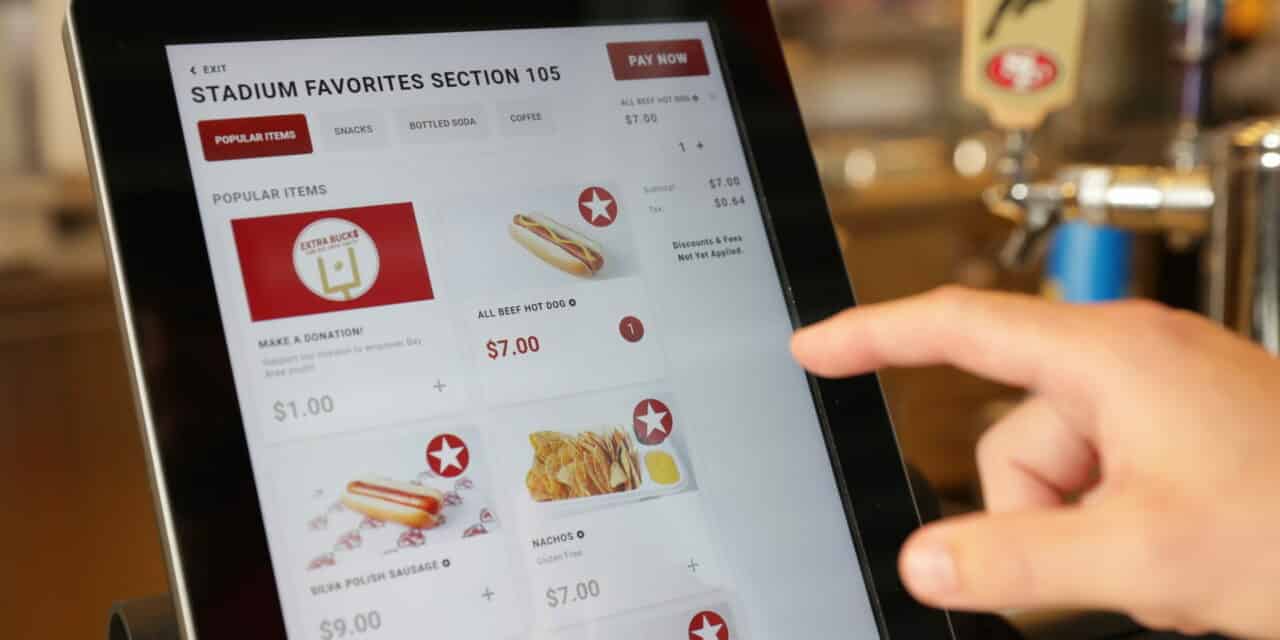 It’s all tied to a new business model for food service.

After delaying the new mobile ordering program for the 2020 season during the pandemic, the team last year made the leap to all-inclusive concessions for basic fare such as hot dogs, nachos, soda, chicken fingers and French fries.

The cost to buy food and drink folded into the ticket price for 50,000 season-ticket holders.

The 49ers brand the program as their Member Inclusive Menu. It’s the first time a big league team has made that shift.

“It made an eight-figure impact to our organization,” said Moon Javaid, the 49ers’ chief strategy officer.

It’s an impact that could be felt across the NFL in future seasons.

During the past offseason, the NFL created a new amendment to the league’s revenue sharing formula for ticket sales that makes it more amenable for teams to go all-inclusive for general concessions, Javaid said.

To date, no other NFL teams have adopted the all-inclusive model, but some are looking to incorporate pieces of the program after visiting Levi’s Stadium last season to see how it works, he said.

At Levi’s Stadium, apart from record concessions revenue, the total number of orders fulfilled was the most efficient and fan satisfaction scores ranked the highest in team history, Javaid said.

There’s always room for improvement, though.

Feedback from focus groups indicated that sometimes the food quality suffered from quicker production under the all-inclusive model.
To help alleviate the issue, the 49ers and Levy, their food provider, introduced a bigger hot dog (5 to 1 pound) for the 2022 season. It fills the length of the bun, upgraded to a brioche roll split at the top to fit all the trimmings.

Fans also want a greater variety of items under the MIM program. Overall, they like the menu but want to see new items rotated into the mix. As of late August, those items had not been determined, Javaid said.

Beer is not part of the MIM program, but by having more points of sale to buy alcoholic beverages, more opportunities arise to generate incremental revenue while cutting lines down at the same time, Javaid said.

The 49ers also increased its’ “mimtern” program from eight to 75 individuals. Those college students and recent graduates will walk the stands taking orders from fans who can then go to the concession stand and pick up their items without having to use the self-serve kiosks to order food and drink.

The “line-busting” maneuver is similar to the system Chick-fil-A and In-N-Out use for fast food orders, Javaid said.

“Our goal this year is not to do anything too crazy,” he said. “Last year, launching the program was a little crazy. Our goal is to become more efficient.”