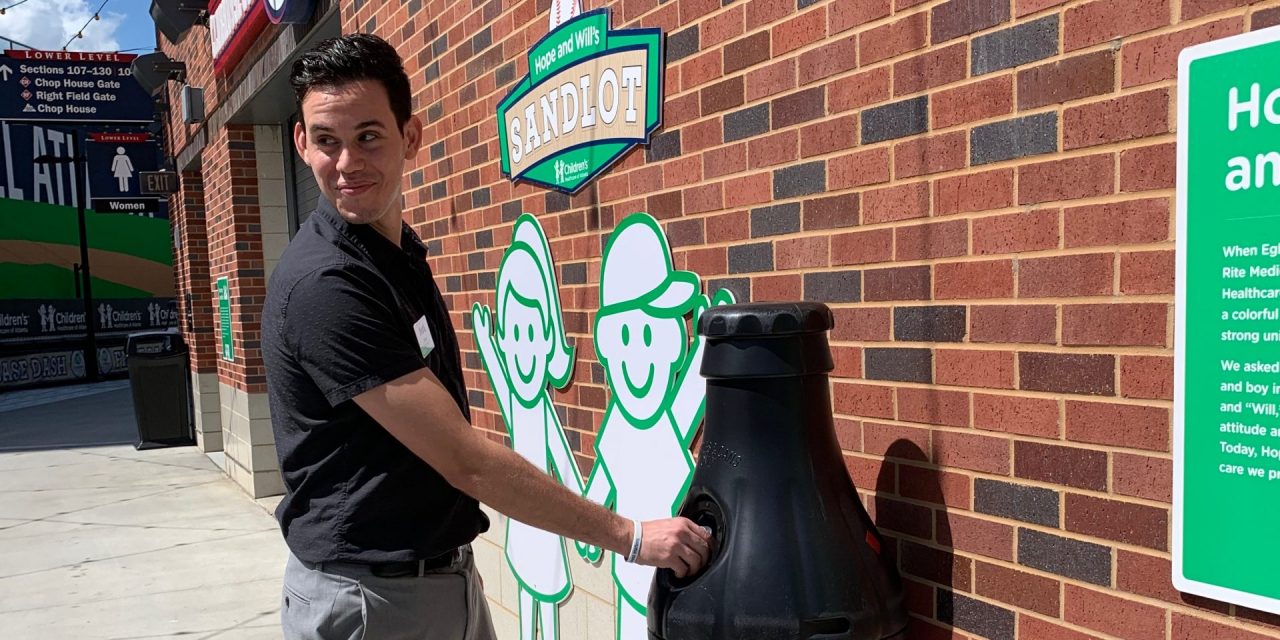 Expanded Waste Diversion Efforts, SunTrust Park, Atlanta Shawn Mattox, SunTrust Park vice president of operations, Delaware North Sportservice Photo: Courtesy Delaware North Sportservice Partnerships enhance greening of SunTrust Park The 2019 season at SunTrust Park, home of the Atlanta Braves, has been a great one for the playoff-bound Braves and a green one for the ballpark. Determined to expand and improve waste diversion from landfill — through reusing, recycling and composting — Delaware North Sportservice, which has operated concessions, premium dining and restaurants at SunTrust Park since 2016, collaborated with the Braves, area waste haulers, business partners and associates to intensify waste diversion at the ballpark and improve the sustainability of the venue’s operations.  Data demonstrates the success of those efforts. Through July, the ballpark had diverted 255 tons of materials from landfill, nearly as much as the 269 tons diverted for the entirety of 2018 and a promising start to reaching […]
To access this post, you must purchase Subscribe to VenuesNow – 1 Year, Subscribe to VenuesNow – 2 Years or Subscribe to VenuesNow – 3 Years. If you are already a member of VenuesNow, please login here: log in