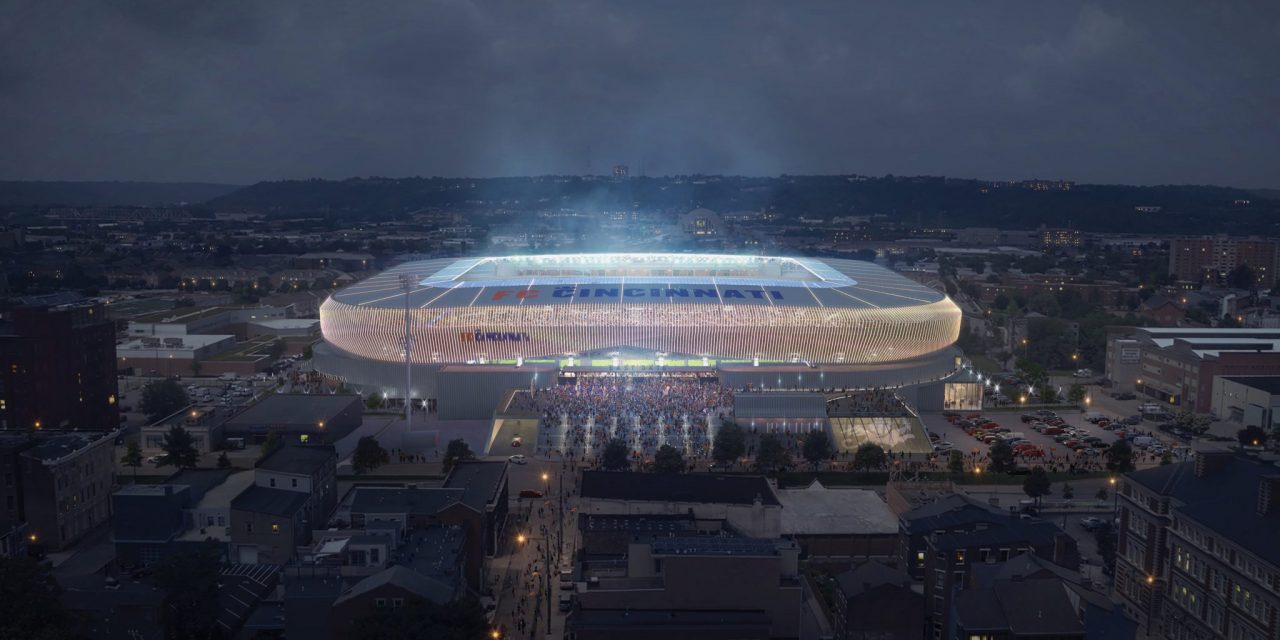 A grand staircase on the stadium’s east side will welcome supporters. (Courtesy Populous) Populous emphasizes exterior lighting and a finned facade for MLS stadium Final designs for FC Cincinnati’s $250 million privately funded West End Stadium revealed Tuesday take exterior venue lighting to a new level. Scheduled to open in March 2021, the 26,000- to 26,500-seat venue includes a custom LED lighting program on each of the 513 vertical fins that form a wavelike external structure to enclose the stadium. The fins will help the stadium appear to glow when lit for evening events, said Populous senior principal Jonathan Mallie, director of the firm’s New York office and now the leader of the design. The feature, which Mallie said has not been used in stadium design before, will allow motion sequences on the east facade.   “The idea of experiential graphics on the lighting effects will really change the experience of walking […]
To access this post, you must purchase Subscribe to VenuesNow – 1 Year, Subscribe to VenuesNow – 2 Years or Subscribe to VenuesNow – 3 Years. If you are already a member of VenuesNow, please login here: log in