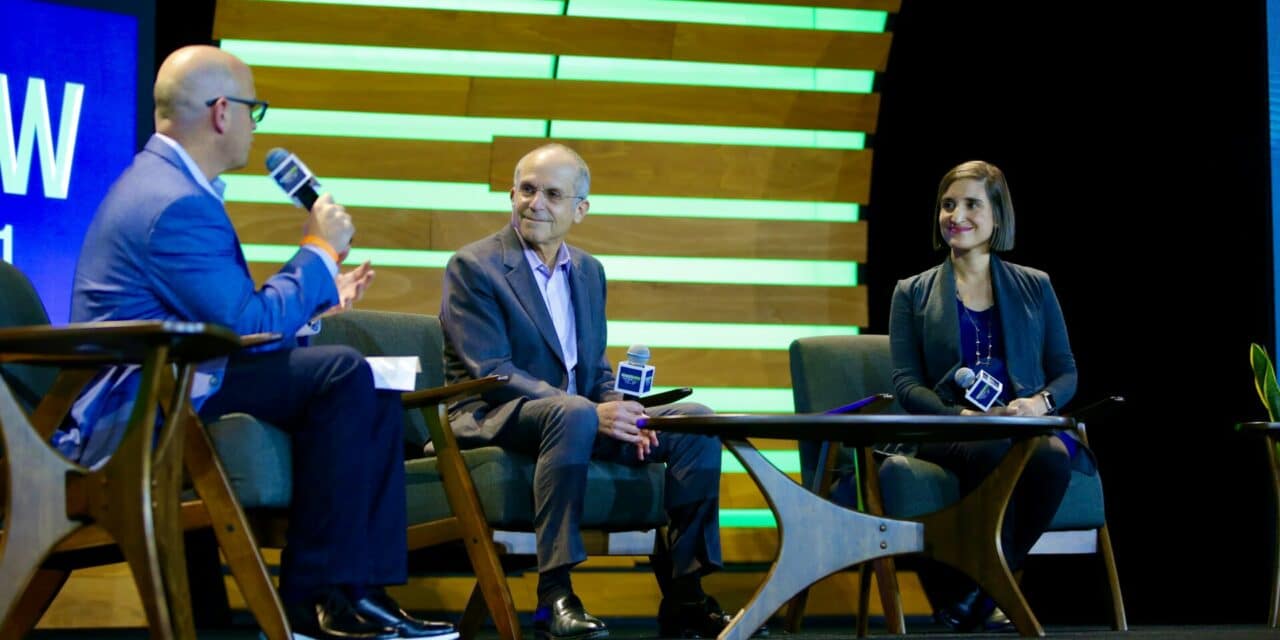 The circus is coming … back.

Feld Entertainment is casting for a new version of the Greatest Show on Earth, as it plans an animal-free relaunch of Ringling Bros. and Barnum & Bailey Circus in 2023.

An official announcement is planned for 2022, but the news was divulged Thursday during a question-and-answer session at the VenuesNow Conference in Seattle featuring Feld Entertainment Chairman and CEO Kenneth Feld and Juliette Feld Grossman, the family entertainment giant’s chief operating officer.

Feld Entertainment, which tours Disney on Ice, Monster Jam and Supercross among its family entertainment brands, shuttered the circus in 2017 after animal rights activists’ uproar over the treatment of performing elephants and other animals.

The new version will focus on human performers, and some technology will be brought to bear where it makes sense in connecting with people, Grossman, who once was a clown car performer in the circus, told VenuesNow.

“In 2023 we will be relaunching Ringling Bros. and Barnum & Bailey Circus,” a choked-up Grossman said to audience applause. “You can see it’s emotional and exciting for us as a family. We really feel that Ringling Bros. has incredible relevance to today’s audience.”

Earlier during the session, Kenneth Feld detailed how the company had to bring home nearly 3,000 performers and crew members and 800 to 1,000 shipping containers of equipment scattered across the globe among 28 tours when the pandemic struck in March 2020.

What followed was a reassessment of the operation with an eye toward doing things Feld Entertainment had been doing for decades, only better.

“We looked at our company like a 50-year-old startup,” Feld said.

An epidemiologist was hired, a testing regime put in place and cashless concessions operations devised, he said.

The company’s Supercross broadcast contract with NBC and other partner obligations were satisfied by holding the last seven races of the Supercross season at Rice-Eccles Stadium in Salt Lake City.

Feld Entertainment also pulled off a Discovery Channel Monster Jam special and hosted WNBA games, including playoffs, at its rehearsal facility near Sarasota, Florida, from July to October of 2020.

In the course of its research at the time, the company found that the public generally trusted venue operators to do their utmost to keep them safe, Feld pointed out.

The company will be at full strength by the end of 2022, having recently completed a Disney on Ice run in Abu Dhabi. That company is due to play next in the United Kingdom.

Grossman said that family entertainment is as crucial as ever to giving stressed families a memorable diversion and that nothing that’s emerged during the pandemic or before will replace it.

“For decades lots of people have been showing us VR, AR, any kind of technology, telling us it was going to replace what we do,” she said. “And while there is exquisite and wonderful, engaging technology out there that provides new ways to showcase performance and to connect with fans, there is nothing like going to an arena, theater or stadium and being part of that momentary community, to be swept up in the excitement and the action and the experience of it all.”