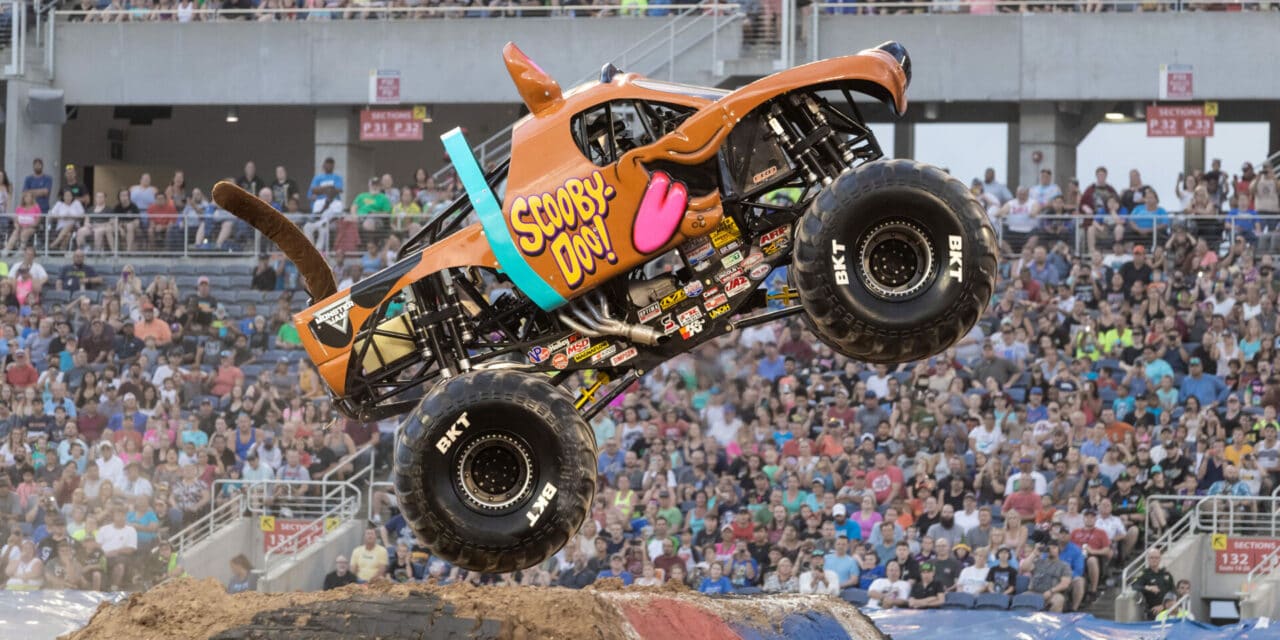 The MetLife show will be followed by a three-show, two-day Garden State stop Aug. 14-15 at Newark’s Prudential Center, also at full capacity.

Feld Entertainment CEO Kenneth Feld told VenuesNow sister publication Pollstar earlier this month what it was like as the company abruptly recalled touring units and over 1,000 people from far-flung locales across the U.S., Europe and Asia.

Feld also described the pain of laying off most of his workforce and how the company planned and executed the return of its shows — hosting Supercross in a bubble without fans and bringing Monster Jam to AT&T Center in San Antonio, Texas, for a reduced-capacity engagement Oct. 24.

Feld hired an epidemiologist; developed protocols for keeping crews, performers and guests as safe as possible; and accelerated its moves toward contactless/cashless sales of food and merchandise. The company also conducted market research that showed the public trusted venue operators to take all precautions and to keep guest safety at the forefront of operations.

The result? The company reports that it had moved over 120,000 advance-sale tickets through June and welcomed about 1.2 million guests at its shows since October.

Now, calls are pouring in from venues keen on bringing in a Feld family show, according to Kenneth Feld, who spoke with VenuesNow about surviving the shutdown and what lies ahead. 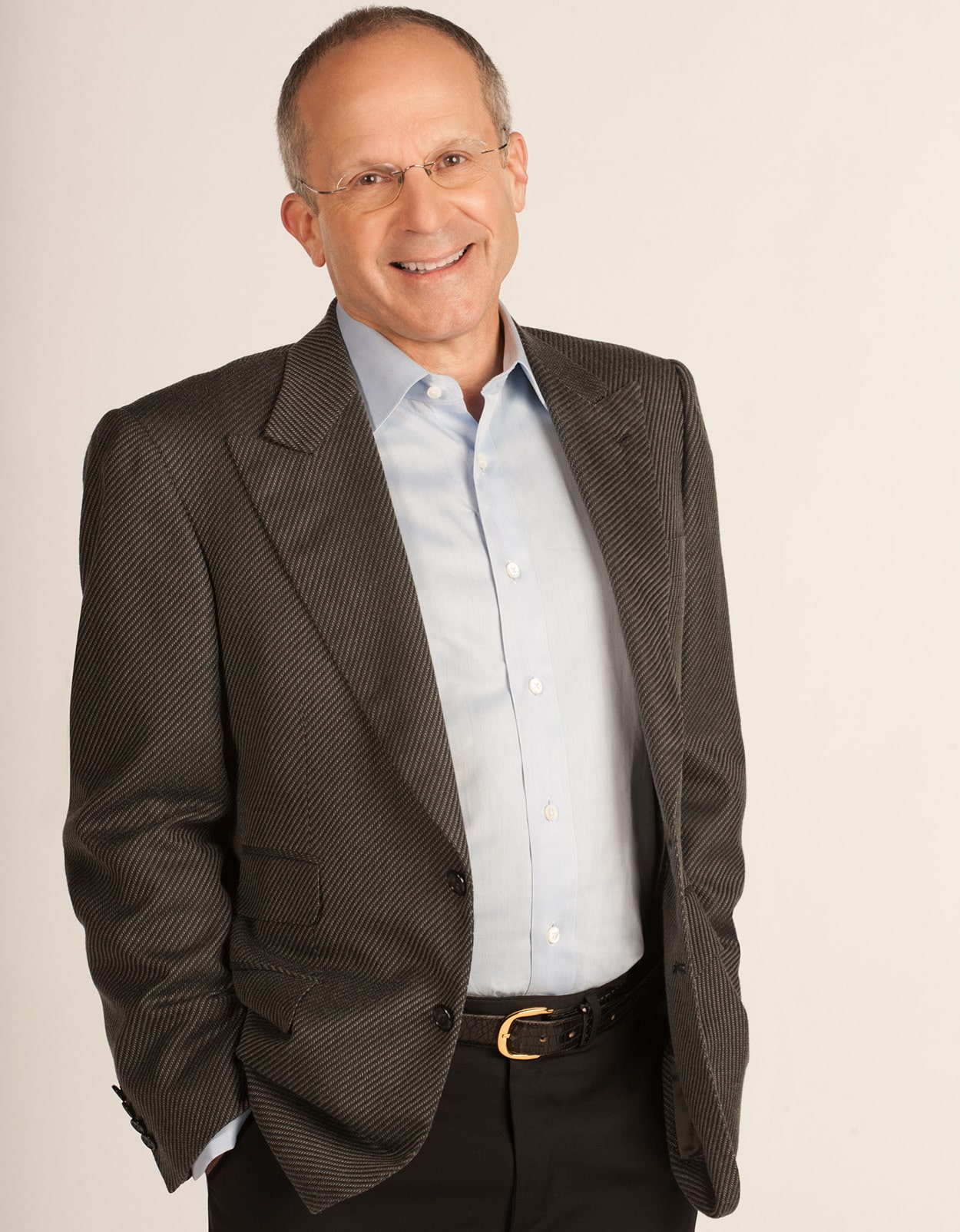 Kenneth Feld says his company has moved over 120,000 advance-sale tickets through June and welcomed about 1.2 million guests at its shows since October. (Courtesy Feld Entertainment)

As you look back at the last year and a half, is there anything you would have done differently knowing what you know now?
I don’t think so. We didn’t know anything, none of us in the whole industry. We wound up being one of the first companies that went out with shows, so we learned things on the way. Every venue, every engagement we played, whether with Monster Jam or Disney on Ice, was a learning experience. … We came up with a method of testing, we were testing everyone on tour between two or three times a week. We knew we were going to have some positive cases and we did, but the constant testing allowed us to be on top of these things when they happened. We had quarantine procedures put in place and we were able to get through the season. The venues were very cooperative, and they worked with us

You look back and even now the problems were the inconsistencies in every jurisdiction every week and it was really on a daily basis, but every week we would get about 60 or 70 different cities what you could do or couldn’t do. Things would change on the spur of the moment, so that’s something that was maybe the most frustrating, was the inconsistencies market to market (or even within markets). For instance, in Kansas City you had the T-Mobile Center downtown and then Arrowhead Stadium and they’re five miles apart. Completely different jurisdictions, different regulations.

In retrospect, do you wish there were things that were or not done by various government entities as the pandemic unfolded?
I think everybody meant to do well. Every city and every locale had a different number of cases, in different periods of time, so they were acting differently based upon what the situation was in their environment. I’m not going to sit here and second guess. We knew if they got a vaccination that that would be a huge mover to get people back, and that proved correct and I just hope people don’t take it for granted, (that) people remember what we’ve been through. You just hope enough people take them as kids go back to school in the fall, hopefully they’ll be able to get vaccinated … and this will ultimately maybe wear this pandemic out.

When will Feld Entertainment get back to the state it was in when this thing hit, with companies all over the globe?
I think by the beginning of next year we will be almost at full bore in the U.S. We will be, probably, in the fall of this year. Internationally, it’s a lot more difficult. You have countries that are small and you’re closer to other borders and they may have other ideas, so we are planning to open in the U.K. in October, which are our normal dates and go through Christmas at the O2 in London. And then hopefully the Nordic countries will be open. We would go there. We’d go France, Holland and Belgium, which are normal dates for us that time of year. We are not in Japan this summer, where we typically play. That will be back next year, as all the Asian and Latin American countries will. I think we will get back and I would say full bore by the fall of ’22 with everything, but it’s going to be pretty packed domestically before that. This fall we’ll have stuff everyplace.

What’s your take on things like vaccine passports and even masking at this point?
I don’t want to get political and I know this is political. I don’t understand why it’s political, but it is. I’ve always wanted to do what is best for the most people. Every year, why do I get a flu vaccine? I don’t want to get the flu. And you know what? I’ve been getting the flu vaccine for the past, I don’t know, two decades. I don’t get the flu. We all would’ve maybe wanted them to test this vaccine for another two years, but they did what they did. I got Moderna. I was fine. I’m healthy. It makes me feel good (to have taken the jab). I would still wear a mask and we have protocols in our facility here and I’m out to honor them and I want everybody to feel comfortable. I would love to have everybody vaccinated (but) I can’t tell people what to do in this world. I could be a politician if I could tell people what to do, I guess. Then nobody would listen but me.

We want our customers to feel safe. We want people to feel good about coming and interacting with other people, and it takes teamwork. You can’t have everybody on individual paths. You need people working together seeing what is the best thing. There’s no perfect solution, but what is the best solution? That’s what we try and do.

How important was it to have venues like AT&T Center and American Airlines Center help lead the move forward, even with limited capacities, and what did you learn from those dates?
It was extremely important. We were willing to take a chance, but we needed the support, the help from everybody else. They wanted to see, and we took every precaution that we knew how to do. And you do your best. We were fortunate that we’re so nimble as a company that we could get these shows out, rehearsed and they are all first-class and we went through a lot of other issues that people don’t know with respect to getting skaters and there was no immigration, so we couldn’t even bring Canadians back. We scoured the country and we did get the people, but the venues were wonderful in cooperating with us and we with them to ensure the safety (of everyone, including their employees). We all had to work together, so we had to be very respectful of one another and we worked very well also with the local stagehand unions and people like that. Everybody wanted to get back to work. We all had the same goal: to get back, get back safely and show audiences they could come here, enjoy themselves and be safe.

Feld Entertainment, through the circus, links back over a century. Do you ever think about what it was like at the time of the last pandemic and the role the circus had in the country’s return to normal life and relate it to what lies ahead for the company?
My father was born in 1918. Obviously, he was not running the circus then (Feld’s father, also Kenneth, bought Ringling Bros. and Barnum & Bailey Circus in 1967), but in the summer of 1918 (after the Ringling brothers acquired Barnum & Bailey and some other circuses in the late 1800s) … the (separately) touring shows were forced off the road because of the Spanish flu. It became Ringling Bros. and Barnum & Bailey Combined Shows. For the first time, that appeared in 1919, post-pandemic and really post-World War I, and that became the real genesis of what we acquired in 1967. That’s what led to the consolidation.

How confident were you last fall that this would all go smoothly and what kinds of hiccups did you encounter? I never heard stories of huge outbreaks from any of these performances.
You’re correct, and it’s one of the things we learned from the WNBA (IMG Academy won the contract for the WNBA bubble and leased Feld’s rehearsal halls to stage the games). It was the amount of testing that they did. We saw that and we knew what we had to do and we put together protocols for our people and then we had a Feld wellness program on our website so our customers could see what we were doing to try and protect them.

You are clearly bullish on the short- and longer-term future of your shows and the rest of live entertainment done well. What indicators give you the most confidence?
As the pandemic went on, I became more and more optimistic about the future of live entertainment and it’s something I’ve said in multiple interviews over the years. There is no substitute for live entertainment. When everybody would talk to me about technology and this is happening and that’s happening, I said, there’s no substitute for live entertainment. There is nothing like that emotional experience. You can’t get it two-dimensionally. It’s impossible and we saw this in this whole era of Zoom or Teams or whatever you want to talk about. It’s been incredibly efficient, and you know we’re doing meetings and we’re doing our interview like this now, which is great for something like this, but the experience of being out?

I’ll give you an example. We were playing in Estero, Florida (at Hertz Arena near Fort Myers). It’s a short drive for me, and I went down, also with my grandkids and my daughter Juliette (Feld Entertainment’s chief operating officer) and her husband, and we went to Disney on Ice. Typically for us it’s about 7,000, 8,0000 seats. We were allowed to have 2,200 patrons in there. It was a Saturday noon show. The show starts and I couldn’t believe it. It sounded like there were 10,000 people in the venue. The level of pent-up demand … these people, it had to have been their first activity as a family in an entertainment (setting), and they were so appreciative that the response to everything was so heightened. It was gratifying. I got chills just sitting there hearing the response.

We do something, everyone in our industry, we provide something for people that you can’t get any other way other than being there, and I think all of us in this industry should feel really good ’cause it’s not going away. I think people value it today a lot more than they did a year and half ago, I’ll tell you that. It shows that we have to not take this for granted, what we do, how we do it and the quality of what we do, because we give people an experience they can’t get anyplace else.