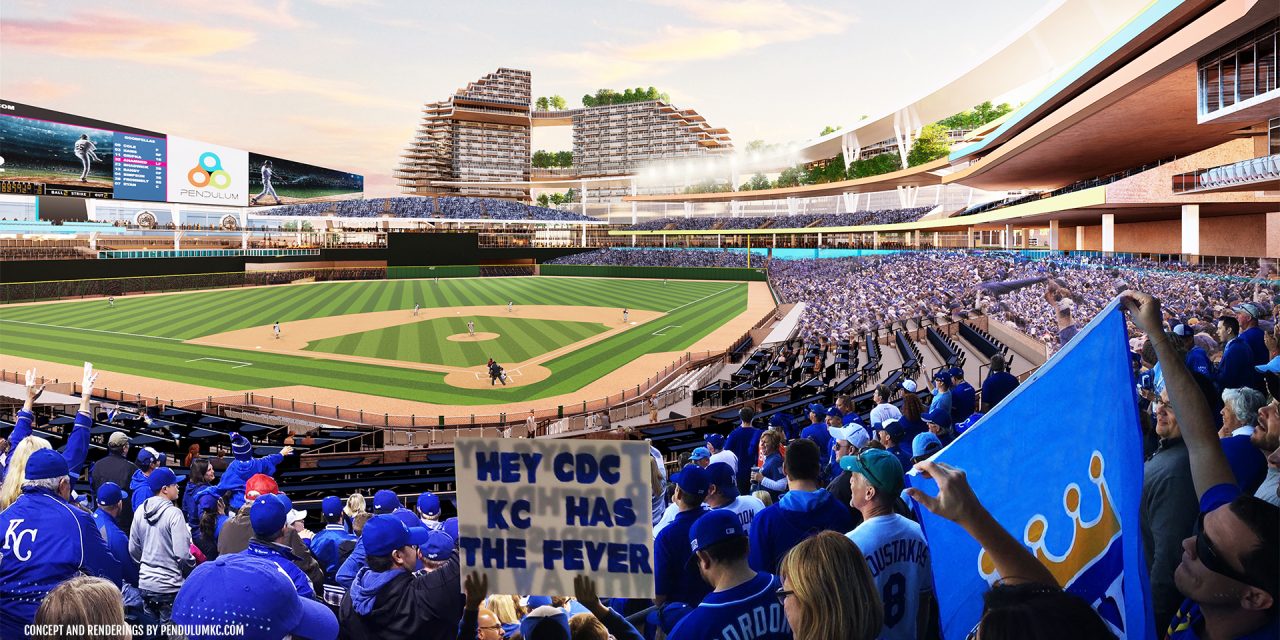 K.C. AT THE BAT: Pendulum Studio created unsolicited renderings for a 30,000-seat ballpark in downtown Kansas City, Mo. (Courtesy Pendulum Studio) Royals didn’t ask, but ‘it’s a conversation starter,’ Pendulum’s Cole says Kansas City sports architect Pendulum Studio has unveiled its vision for a new downtown stadium for Major League Baseball’s Royals. For the small designer of minor league parks and spring training venues, it’s a reboot of a discussion over a project some have wanted for decades. In this case, though, there are fresh renderings — unsolicited — for a 30,000-seat MLB park.   Jonathan Cole, a founding principal with Pendulum and veteran of three bigger sports design firms in town, said his 10-person shop completed the concept design on its  own without consulting with the Royals or city officials. The architect teamed with local chef and restaurateur Patrick Ryan on the food piece. Ryan runs Port Fonda, a Mexican eatery […]
To access this post, you must purchase Subscribe to VenuesNow – 1 Year, Subscribe to VenuesNow – 2 Years or Subscribe to VenuesNow – 3 Years. If you are already a member of VenuesNow, please login here: log in