For These Venues, Green Is About the Journey 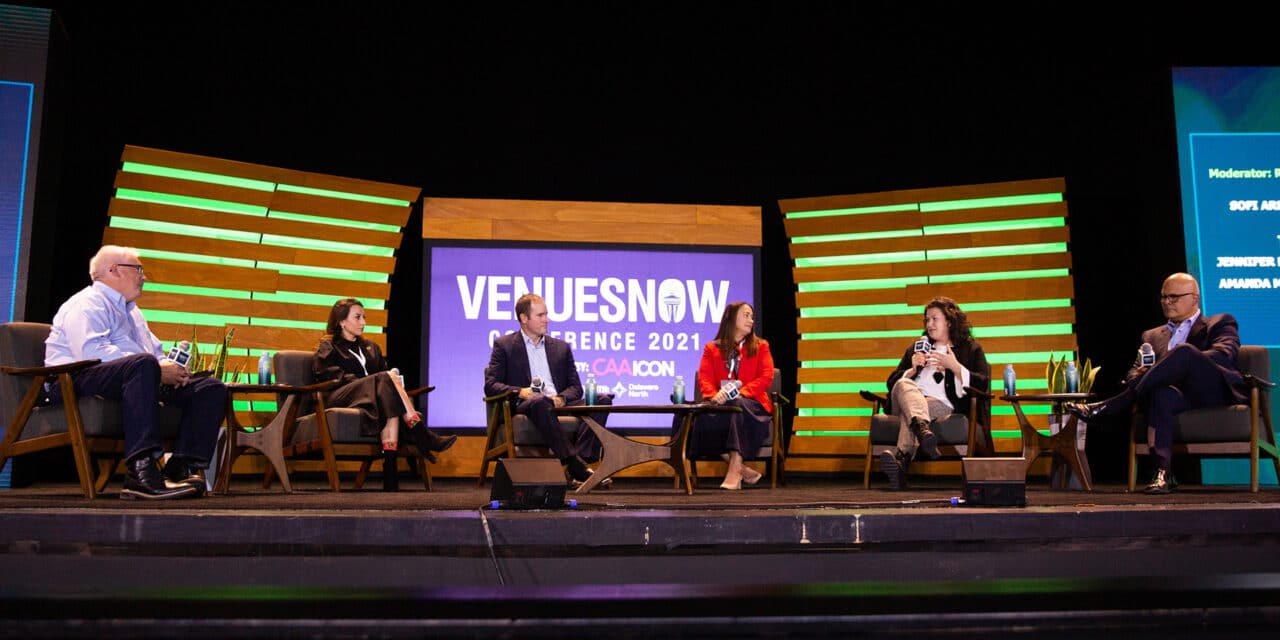 Alex Rodrigo just had to hear it again.

Rodrigo, senior vice president and general manager of Golden 1 Center in Sacramento, California, had heard something from fellow panelist Tod Hynes, founder and president of XL Fleet, that he couldn’t stop thinking about.

“How much energy again does it take at the gas pump?” Rodrigo asked Hynes. “And I think this is important because there’s these little sound bites at the end of the day that just make you reflect.”

Hynes obliged. “When people talk about vehicle charging, the Level 2 is anywhere from about 7 kilowatts to 20 kilowatts (or) 25,” said Hynes, whose company helps firms convert their vehicle fleets to electric. The level designation refers to the voltage that the electric vehicle charger uses.

“Level 3, it’s 50 kilowatts, 100 kilowatts, 150 kilowatts,” he continued. “When you’re pumping gas at a gas station, you have about 5000 kilowatts going through your hand. That’s the equivalent power, obviously in liquid fuel.”

Simplicity in messaging, planning and execution was a key theme as members of the VenuesNow Conference panel “Clean & Green: Keys to Operating a Sustainable Venue” on Thursday talked about venues’ “zero waste journey,” as Sofi Armenakian, director of operations and sustainability for the Atlanta Hawks and State Farm Arena, put it.

Also speaking from the venue point of view was Amanda Mann, senior vice president and general manager of the Rose Quarter campus in Portland, Oregon. Joining Hynes from the solutions side was Jennifer Kearney, founder and president of energy management consulting firm Gotham Energy 360.

“You want to keep things really simple and make it fun and make it easy for people to create change,” Armenakian said. “Don’t make it complicated.”

The Hawks hosted the first zero waste sporting event, Armenakian said, an NBA playoff game earlier this season, and for the last five months have been keeping more than 90% of State Farm Arena’s waste out of the landfill, regardless of the type of event.

Arenas operate in markets with different expectations regarding sustainability, and Mann said those expectations are high in Portland. “It’s expected,” she said. “Everybody does it in their home, every business is a part of it. So the expectation of us and the pressure that’s on us is how are we going to take it to the next level.”

She emphasized, as did the other arena executives, that communication – with sponsors, fans and the community at large — is important to becoming clean and green.

Mann oversees a campus with Moda Center, a 26-year-old arena that in 2019 became the first existing sports arena to achieve LEED Platinum status, and Veterans Memorial Coliseum, which is 62 years old.

Moda Center’s LEED certification wasn’t a signal to take a break from thinking about sustainability, Mann said, but rather a chance to reset goals. “We’ve now written out our 2030 goals for water waste, transportation, energy and food,” she said.

Golden 1 Center also was certified LEED Platinum, the highest rating in the Leadership in Energy and Environmental Design system used by the U.S. Green Building Council. It became the first sports arena to receive the designation when it opened in 2016.

Rodrigo spoke of the arena’s ability to both reflect the priorities of the community and amplify them.

“The power of sports and entertainment, as we know, has a tremendous opportunity to create change, meaningful change,” Rodrigo said, “and it can happen in a split second, it can be organic and authentic, and at the time was also planned and strategic.” He said momentum for making sustainability a part of the franchise’s vision dated back to discussions that began in 2011 and continued after Vivek Ranadivé became the Kings’ majority owner in 2013.

Building a sustainability framework isn’t simply a matter of answering some operations questions. Creating change means changing hearts and minds, internally and externally, for anyone moving an organization toward a zero-waste goal.

“Cultural change is the absolute hardest thing to achieve, and my hat’s off to my panelist colleagues here who are really at the forefront of driving cultural change,” said Gotham Energy 360’s Kearney. “For us, when we’re working with a new client, whether it’s an existing building or new construction, talking about energy efficiency as an entry point for this longer-term sustainability program is an easy step forward, because energy efficiency will improve the bottom line. It drives savings.”

XL Fleet’s Hynes said his company was also eager to show potential clients that sustainability doesn’t have to be about sacrifice.

“If you’re a venue owner, you should really think of electrification of transportation in and around your facility and as a big revenue generation opportunity,” he said.