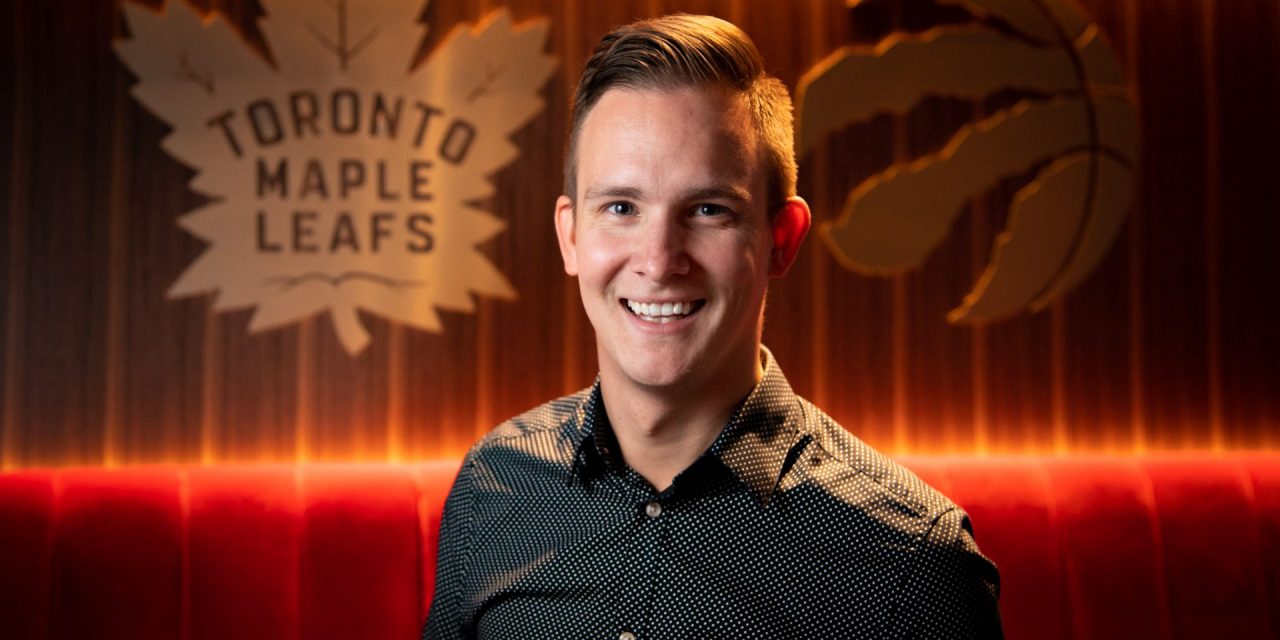 Adam Armit traveled from his home in rural Ontario to Winnipeg, Manitoba, as a high schooler for his first “real” concert, to see Aerosmith in 2005 at the MTS Centre. It was a big night, but it was about more than the music.

“We had the worst seats in the house. I could touch the back wall in the 300 level,” Armit remembered. “But it changed everything. It was amazing. Everybody’s watching the show, and I was sitting there looking at the audio mix and the rigging and going, ‘How do they have this in Edmonton tomorrow and a hockey game here?’”

“I thought, ‘It would be cool to work here one day, but that’s never going to happen,’” Armit said, but he was indeed bound for the venues biz. Now he’s part of the Maple Leaf Sports & Entertainment team that makes Toronto’s Scotiabank Arena the capital of Canadian concerts; the 19,800-capacity arena ranked No. 8 on VenuesNow’s 2019 Top Stops list in the 15,001-30,000 Capacity category, selling 827,480 tickets and grossing $70 million on 69 shows.

Armit was oriented toward music even before Steven Tyler and Joe Perry helped show him his calling. “My family was very musical. We were that typical family that went out caroling,” he said.

When his father offered him the chance to take over DJ duties at a party before Armit’s aunt got married, he gave it a spin and enjoyed it. He became the kid who DJ’d the high school prom before he was old enough to attend.

Also, “it got the entrepreneurship bug going with me,” Armit said. “I wanted to keep on going and building it and seeing what I could do with that.”

He started a DJ business, working weddings and school dances and adding to his equipment as he went along. He noticed a festival “that had all the infrastructure in place — they had a big tent, they had the fencing, they had the Porta-Johns, they had the stage, they had the audio,” but didn’t have entertainment, so he reached out to them. By age 17, he was director of entertainment and booking bands for the event.

“I learned that landscape of what an agent does, what management does, all that sort of thing,” Armit said, “and I just started using the name of the festival to get me in the door with some agencies to book bands.”

That led him to promoting concerts on his own, eventually through a company he started, Go Live Entertainment, as he expanded beyond Ontario into other parts of the country. “But as we know, being a promoter, it’s a risky business,” Armit said. “You win some, you lose more.” So he took a job with SDI Marketing and spent five years there overseeing live entertainment initiatives, music strategy development and integration, and live event production for brands.

“We would work with Pepsi and one of their brands, Mountain Dew, and would put on shows for those guys,” he said. For one, “we built the world’s largest inflatable Pepsi bottle in downtown Toronto and then we put concerts in it.” For the Dew Tour Am Series, “we brought a stage to the base of a mountain in (British Columbia) and we put on a rock show after a ski and snowboard competition.”

By the time he arrived at MLSE nearly four years ago, Armit was a Swiss Army knife of live entertainment skills and, just as important, contacts. “The nice thing about the Canadian music industry, north of the border, is it’s a bit more condensed, right?” he said. “So it’s less agents, it’s a smaller community where, by the time I was at MLSE, there were already certain people in the industry that I already knew, which was very helpful.”

So while he makes the magic happen at Scotiabank Arena and Toronto’s Coca-Cola Coliseum, MLSE’s 9,000-capacity arena, Armit continues to add contacts, though with an organic approach. “Networking is the most important thing you’ll ever do, but networking for the sake of networking, I think, is a little contradictory,” he said. “I absolutely despise those networking events where it’s just people in a room handing out business cards to each other. I don’t find there being any value in that.”

“I like to go make friends in the industry as opposed to business connections,” Armit said, “and at the end of the day they merge to be the same thing.”