Geography, Not Sponsor, Has Naming Rights in Wichita 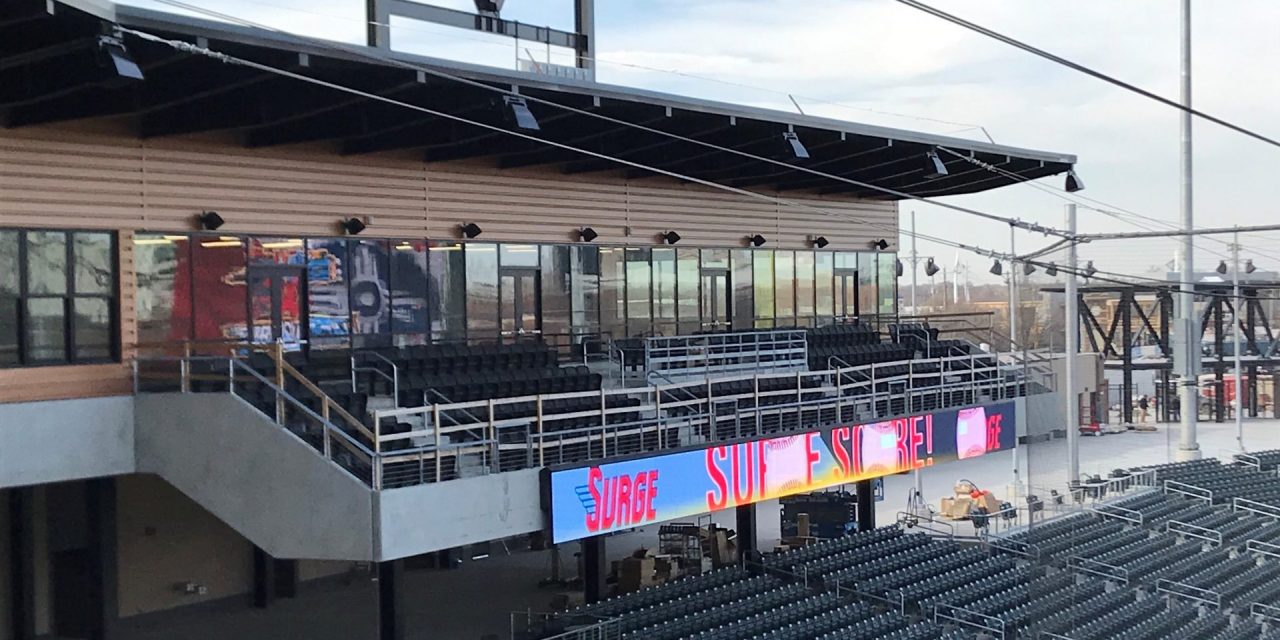 WICHITA THIRD BASE LINEMAN: Club seating sits on the third base side of Riverfront Stadium in Wichita, Kan. (Courtesy DLR Group) ‘It’s part of a grander vision,’ Wind Surge owner says The new $75 million minor league ballpark in Wichita will open without a naming-rights partner. Given the COVID-19 crisis, it’s a tough call as to exactly when its doors will open after things get back to normal across the country. For now, Riverfront Stadium is the official name for the home of the Wichita Wind Surge, the Miami Marlins’ Triple-A affiliate. Wichita city officials say the current name remains a “placeholder” until a naming-rights deal is signed, according to a story on kansas.com. Lou Schwechheimer, the team’s managing general partner, offered a different take of the situation. “We decided to make it Riverfront Stadium because it’s part of a grander vision, creating a baseball and entertainment village,” Schwechheimer said. […]
To access this post, you must purchase Subscribe to VenuesNow – 1 Year, Subscribe to VenuesNow – 2 Years or Subscribe to VenuesNow – 3 Years. If you are already a member of VenuesNow, please login here: log in