HOK’s Fulvio Pleased to Be Back Where She Started 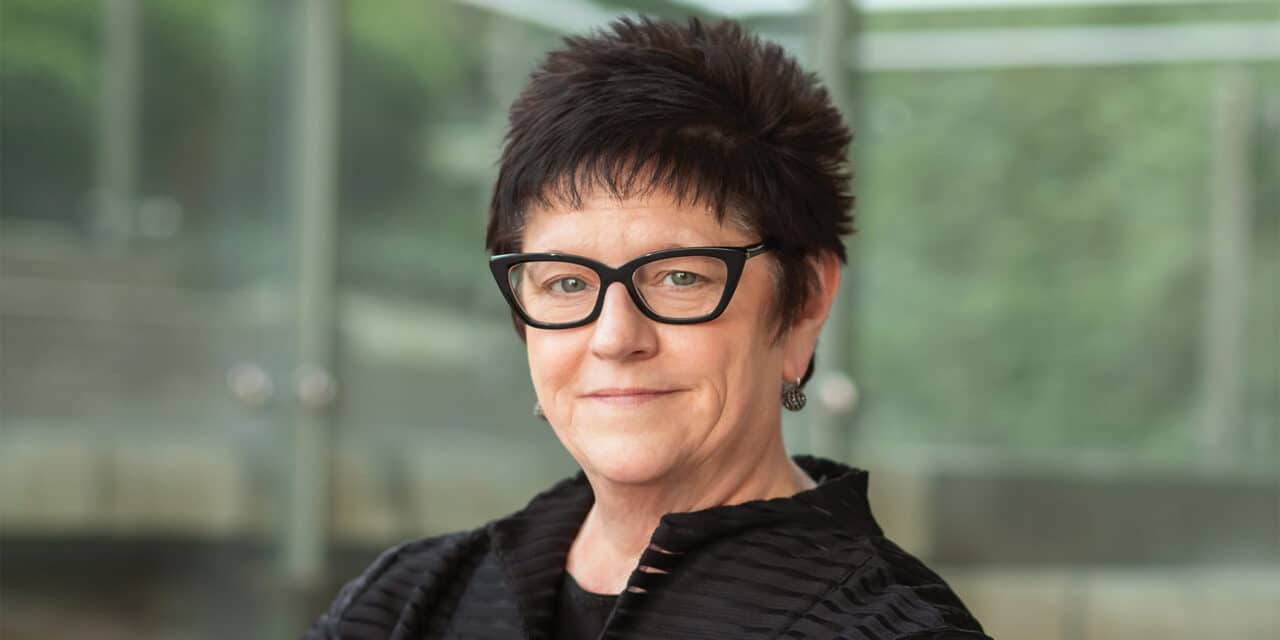 Loretta Fulvio’s first sports project was at old Busch Stadium in St. Louis, where she grew up. (Courtesy HOK)

Loretta Fulvio, an architect with deep experience across multiple big league venues, has rejoined HOK as director of interiors for the firm’s sports, recreation and entertainment practice. Over her 30-plus year career, Fulvio has helped design, among other projects, three NFL stadiums, three NBA/NHL arenas, and, most recently, Globe Life Field, the Texas Rangers’ ballpark, which opened in 2020. Fulvio’s portfolio extends to performing arts centers and airports.

What drove your move back to HOK?
I was previously with HOK (from 1986 to 2004). I spent my childhood in St. Louis (the company’s corporate home) and always visited really cool buildings designed by (HOK co-founder) Gyo Obata. He was always somebody I admired in the business. I remember the first time walking up to the McDonnell Planetarium, which he did in the ’60s with its insane roof structure. I was thrilled to go to work for them while I was in school. I worked for HOK for two to three years while I was in college and then worked around the world in London and Hong Kong and Mexico.”

Then I followed a group of folks that went from HOK to HKS. I ended up working on The Venetian and The Palazzo (in Las Vegas) for Sheldon Adelson’s group, as well as theaters and revived my history in sports. While we were finishing up SoFi (Stadium) and Globe Life Field, I was thinking I missed my old stomping grounds, the beginnings of my career and mentorship and the way this firm works. I started exploring (a return to HOK) five years ago and took a little detour last year to DLR Group before coming back.

Where do you see the future of sports facility design?
It’s probably the most exciting time for sports and entertainment coming out of COVID and this economic implosion. It’s always going to be about the fan experience, and we all know the past 15 years it’s been at the forefront of every owner’s mind — that’s how they generate the revenue to pay for the players. Now we have another factor — fans feeling safe when they’re in a big crowd — and we’ll be looking at all the precautions. There have been chunks of research adapted. This isn’t the first pandemic that we’ve had. There have been certain strains of flu internationally and we have had to embed it in our work. It throws another avenue into what we would say is the perfect amount of ingredients to come up with an award-winning, revenue-generating product type.

We’re all drawing a bit on our health care practices, on our researchers, especially the broad bank at HOK. Air quality, finish mitigation, separation between players and fans — not a wall or direct line — but we’re going to actually have some invisible separation where fans don’t feel cheated, that they’re not close to the players and the players don’t feel cheated because they can’t hear the fans. That was the problem last year … you could pipe that noise in, but those players weren’t getting motivated (by it).

I went to the recent Chris Stapleton concert at Globe Life Field and walked around the facility to see what the fans were doing, how they were using it. I sat down and talked to a few people to see what disturbs them about being in a big crowd and what doesn’t. I came back and talked to my team and said here’s some of the things that are on people’s minds: How clean is that restroom? How easy is it for me to get in and out of a concession line without being in a scrum to fight my way to the bar? Is the space conditioned, does the HVAC system have filtration?

You see some empty seats these days in a (supposedly) sold-out facility. All the Texas facilities are wide open and I’ve been through them all to check it out. There are people afraid to come out without that mask firmly planted on; depending on where you are, you see people in masks indoors. That is a mitigation point we aren’t going to deny, but the touchless order of concessions and retail items, so you’re not all crammed in the team store … we’re turning that into almost a luxury, your own private shopping experience.

What was your first sports project?
I worked on the old Busch Stadium, on the suites, and offices at the brewery for August Busch Jr. I grew up watching the Cardinals play in multiple World Series, and working on that stadium was like an honor.

Peer into your crystal ball and tell us what premium spaces will look like 10 years from now?
Premium spaces tied to a ticket price are always going to be upscale and we always look to take it up a notch. But now, it’s about the ‘every fan’ experience. I equalize this when I look at designing an airport for the traveler experience. All the priority clubs that are popping up in airports that are not attached to an airline that anybody can gain entree through credit card use and we see that in sports as well. It doesn’t matter where you are in the bowl, you need a place to go for concessions and entertainment.

Take a look at Globe Life Field. We imagined that (upper) deck with team ownership and embedded ourselves with Delaware North and came up with a BBQ joint ‘in the sky’ that funnels smoke into the bowl, so you’re smelling that Texas BBQ. Anybody is allowed access to the (Karbach Brewing) Sky Porch. It’s got rockers in the front row, typical of Texas. Whichever locale we’re designing a sports venue, it’s going to take on that character as if you’re going to your backyard for the weekend for a party or your favorite haunt. We want (a situation) where if somebody was dropped from a helicopter into the building, they would know immediately where they are.

Stadiums of the past didn’t capture all the demographics. Now, it’s an even playing field. When I attended games at a younger age, I was the woman shoved in the back of the suite. All of that changed when I worked on AT&T Stadium with the daughter (Charlotte Jones) and wife (Eugenia Jones) of team owner Jerry Jones. They wanted to be in the game just as much as I wanted to be in the game. Now, we’ve opened up these premium spaces. It’s not all the men out in the bowl (filling) these seats. We’ve got a view from the inside, pushed the bars up toward the glass so everybody is in the game. The back of the suite is the restroom. You only go back there when you need to.

Which projects are you diving into now that you’re back at HOK?
I can’t talk specifics, but I’m looking at the NFL, NHL and NBA and MLB too. It’s a mashup, and I’ve been on the phone discussing a few market opportunities that I brought with me. I will also reach out into performing arts and aviation and transportation. I find the experiences to be similar and revenue generation to be the driver for all of those (disciplines). I’ll be based in (Kansas City) and have a seat in both Dallas and Houston offices, but my passion and true office is an airplane. I lived in Hong Kong, London, Mexico City, all with HOK and am a bit of a world traveler. I see that in my work. No stadium is alike; there’s no signature interior design. It’s all embedded in the vision of our client and the locale for the fans. It’s their iconic footprint.