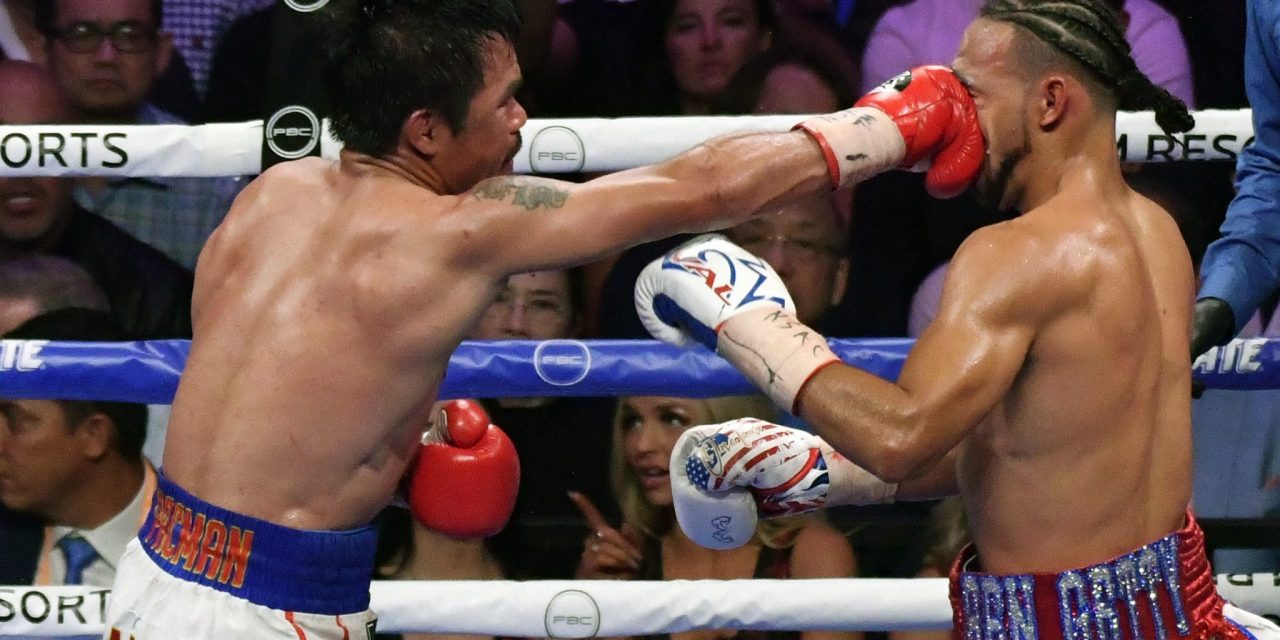 Manny Pacquiao hits Keith Thurman in the third round of their WBA welterweight title fight at MGM Grand Garden Arena in Las Vegas. Pacquiao took the win by a split decision July 20. (Getty Images) Premier Boxing Champions: Pacquiao vs. Thurman was another in a long string of high-grossing bouts in Las Vegas. The showdown grossed $6,260,275 at MGM Grand Garden Arena to take the No. 1 spot on our 10,000-15,000 Capacity chart this week. Over 13,000 fans attended and the ticket range was $100-$2,500. The match was promoted by Mayweather Promotions, MP Promotions, and TGB Promotions. On the concert side, top names continue to top our Hot Tickets charts. Billy Joel took two spots on the More Than 15,000 Capacity chart this week with his stop at Oriole Park at Camden Yards in Baltimore taking top honors. That show grossed $6,013,337. Attendance was 39,246 and the ticket range was […]
To access this post, you must purchase Subscribe to VenuesNow – 1 Year, Subscribe to VenuesNow – 2 Years or Subscribe to VenuesNow – 3 Years. If you are already a member of VenuesNow, please login here: log in