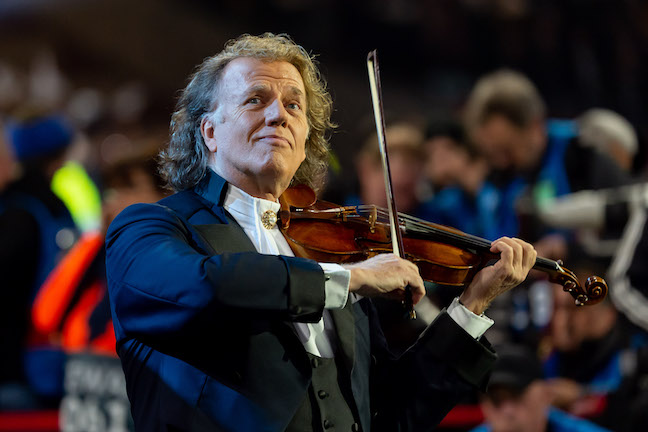 André Rieu plays at Johan Cruyff Arena in Amsterdam. (Getty Images) Dutch violinist and conductor André Rieu has taken his Johann Strauss Orchestra to 15,000 or More Capacity venues and proven that classical music is as big a draw as pop and rock. This week, 70-year-old Rieu claimed the No. 1 spot on that chart with six shows at Altice Arena in Lisbon, Portugal, with a gross of $5,892,655. He and his orchestra played to 75,915 music fans, with a ticket range of  $44.62-$133.87. The shows were promoted by André Rieu Productions/in-house. Another act with longevity, Fleetwood Mac, took the No. 2 spot on that chart with a show at T-Mobile Arena in Las Vegas that grossed $2,939,051. The show was attended by 15,464 fans and the ticket range was  $69.50-$770. Live Nation promoted the show. HOT TICKETS is a weekly summary of the top events and ticket sales as […]
To access this post, you must purchase Subscribe to VenuesNow – 1 Year, Subscribe to VenuesNow – 2 Years or Subscribe to VenuesNow – 3 Years. If you are already a member of VenuesNow, please login here: log in