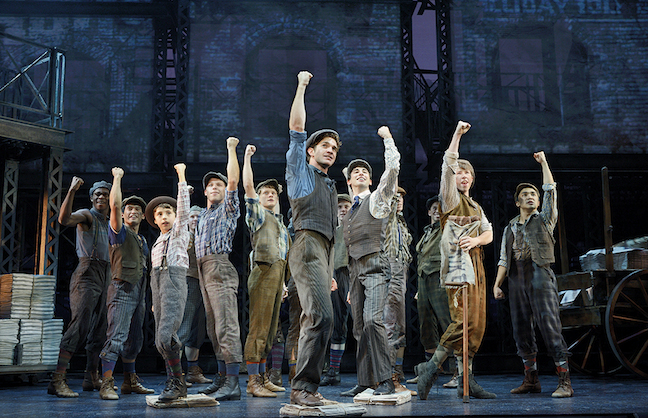 Dan DeLuca plays Jack Kelly (center) with the original North American Tour company of Newsies. The production stopped by Tennessee Performing Arts Center in Nashville for an eight-show run in May. (Photo by Deen van Meer)

"Newsies" The Musical’s first national tour has made it onto our Hot Ticket’s chart for the fifth time this week. The Disney Theatrical Productions stage production, which premiered on Broadway in 2012, began its tour on Oct. 12, 2014 at Proctor&r...