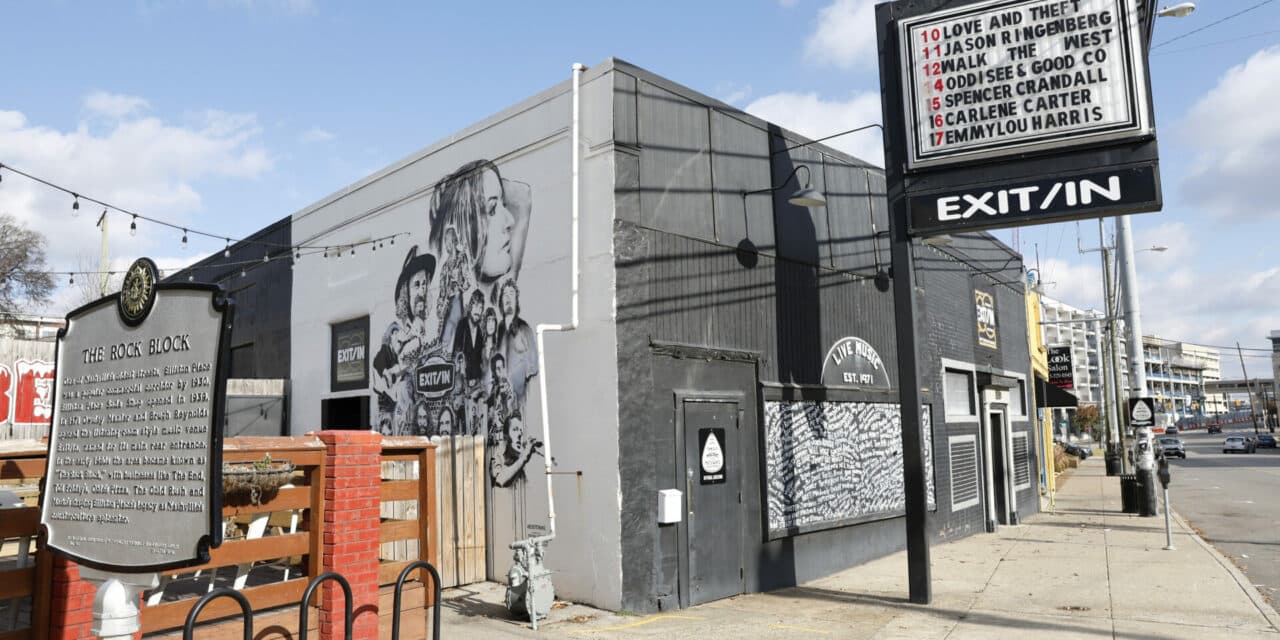 EXITING, FOR NOW: The exterior of the Exit/In is seen on Nov. 16, 2022. The historic venue is set to close at the end of the month after 51 years. (Getty Images)

The latest chapter of the saga of the Exit/In, a seminal midsize venue in Nashville’s music scene, will end after Thanksgiving, the club’s operators, Chris and Telisha Cobb, announced via social media Monday.

“It appears that 51 years of local, independent ownership and operation have come to an end,” the statement reads in part. “We’re humbled to host this last run of concerts with friends from many eras gracing our stage again. There have been too many incredible moments to count over the 18 years we’ve stewarded Exit/In. It’s an incredibly special place that we are so fortunate to have been a part of. Thank you to everyone who’s been part of the extended Exit/In family. … We love this city wholeheartedly but are not OK with many current trends here. We know Nashville needs Exit/In and independent venues like it to continue supporting our community of artists, musicians, and the entire ecosystem they center.”

The future of the club has been in flux for more than a year and a half after real estate developers Adventurous Journey Capital Partners bought the property that houses the club and neighboring bar Hurry Back for $6.45 million.

The Cobbs — who became involved in running Exit/In in 2004, were involved in the partnership that ran the venue through most of the 2010s before becoming the sole operators in 2019 — attempted to match that offer, backed by the Live Venues Recovery Fund through Grubbs Properties.

That offer was rejected and the Cobbs turned to crowdfunding. That GoFundMe campaign raised more than $270,000 — short of its half-million dollar goal. That money will be donated to the National Independent Venues Association and its Nashville equivalent, Music Venue Alliance Nashville.

AJ Capital intends to re-open the Exit/In after the Cobbs lease expires at the end of November and says it plans to announce 2023 show dates soon.

In an interesting wrinkle, Chris Cobb filed a trademark application on the name “Exit/In” and numerous pieces of intellectual property earlier this year. The U.S. Patent and Trademark Office accepted those applications on a preliminary basis. They’ve since been opposed by AJ Capital, who notes in its filings that the Cobbs — and the numerous other operators over the last 51 years of operation — used the name under license as part of their lease agreement with the club’s owners and that, since the Cobb was neither the creator nor owner of the name or the club itself, that intellectual property belongs to the owner of the property itself.