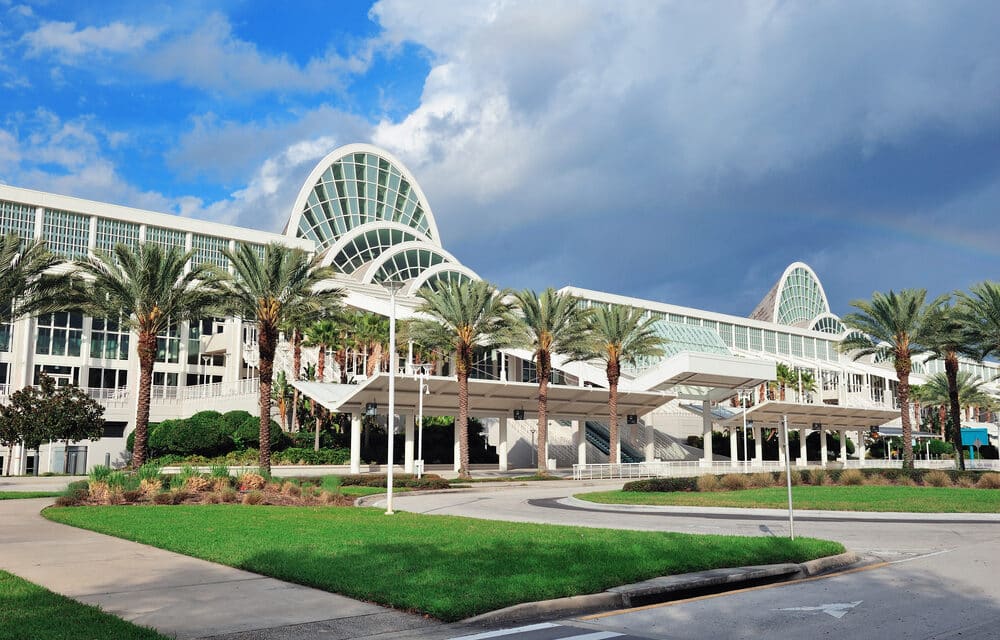 ORANGE IN THE BLACK: The Orange County Convention center in Orlando managed to keep most of its biggest clients through the pandemic. (Courtesy OCCC)

Attracting Well in the Land of Attractions

Like a fighter that takes some licks but doesn’t go down, the Orange County Convention Center in Orlando absorbed some hard shots during the COVID-19 years like every other facility of its kind, but never actually closed.

The OCCC was the first major meetings and trade show facility in the U.S. to stage a large-scale event — the July 14-22, 2022 AAU volleyball tournament attended by tens of thousands of participants — after the pandemic began shutting down live entertainment and in-person conventions in March of 2020. 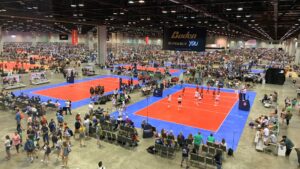 Now, things are getting back to normal, says OCCC Executive Director Mark Tester, who moved into the position in January of 2020 after serving as director at the Austin (Texas) Convention Center.

“It’s been certainly, recovery to Nth degree, especially for events in industries that are thriving,” he said of the last two years, as the International Association of Amusement Parks Attractions was moving in for its Nov. 14-18 trade show and convention. “I just saw SeaWorld announced record-breaking numbers for the quarter, so their industry has been thriving. Disney, SeaWorld, Universal have all had a record year.”

The IAAPA show takes up nearly 1 million square feet, with some attractions set up outside.

Tester said the OCCC has been able to retain its biggest clients, like the International Fresh Produce Association, but it sometimes involved flexibility with groups whose events were canceled or moved online during the pandemic.

“We certainly have been able to retain most, especially as we negotiated when events canceled,” he said. “We did the same thing that many other facilities did.”

Rather than demand a cancellation penalty, the OCCC offered to waive it if the client agreed to return when it resumed its in-person events, Tester said. 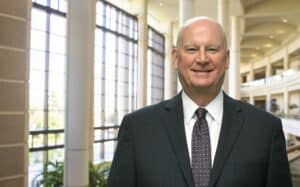 “We said, ‘Listen, we’re open, we did not close so the force majeure conversation isn’t applicable to us because we were open and hosting events,’” he said. “And 99.9% of them said ‘OK, great.’ That certainly helped bolster even our future years. Things are going great here. Our customers are happy, they’re drawing well. There’s a lot of pent-up demand to be together face to face.”

The OCCC was also able to capture 14 events in 2021 that could not be staged at the facilities where they were originally booked, Tester said.

“We had little be a little bit of wind damage,” Tester said. “We lost a directional sign outside, a few trees, but we could have hosted events that same day. We’ve got 7 million square feet of conditioned space so there’s bound to be some water (intrusion).”

The center served as a staging area for storm response team staging.

“We were hosting FEMA,” Tester said. “We had probably 400 vehicles in the facility and around the facility. We had Blackhawk helicopters, probably 100 ambulances, 50 fire trucks, cherry pickers, power company people waiting to be deployed wherever needed. We were like an intermodal station for the rest of the state.”

The OCCC did not furlough any full-time staff through the pandemic, though some were temporarily transferred to other county positions.

“We were very blessed to be able to retain our staff and bring them back when needed temporarily or eventually full-time, but we had a hiring freeze for about a year,” Tester said.

Retaining talent remains a challenge, he said. The center recently lost its general manager, David Ingram, to the Tampa Convention Center, where he will take over for Una Garvey, who retired in May after 40 years with the city.

The OCCC recently hired five new event managers, a position for which the minimum qualifications have been loosened to allow the hiring of less experienced candidates. Event managers are often hired by event organizers with whom they’ve worked and have comfortable relationships, Tester said.

As for the convention center’s stalled expansion plans, which were based on economic models blown up by COVID, Tester said they remain on ice for now, but with the facility in recovery mode, long-range planning, which involves competitive analysis and research into factors like occupancy rates, demographics and hotel demand, will be revisited.

“Probably in the next four or five months we will have paid back and all the reserves and Tourism Development Tax that we and the community ate into during COVID,” he said, noting that since the pandemic began, the OCCC, which operates on an Oct. 1-Sept. 30 fiscal year, hasn’t had a full uninterrupted year of business. The Omicron variant, for example, led to four event cancelations.

Tester hopes there are no such disruptions in 2023.

“We’re looking into when we can again start having conversations about our long range-plans,” he said. “Our hope is that sometime in calendar ‘23 we are able to update that plan.”

Editor’s note: This story was updated since it was first published.