‘In a Whole Other World’ 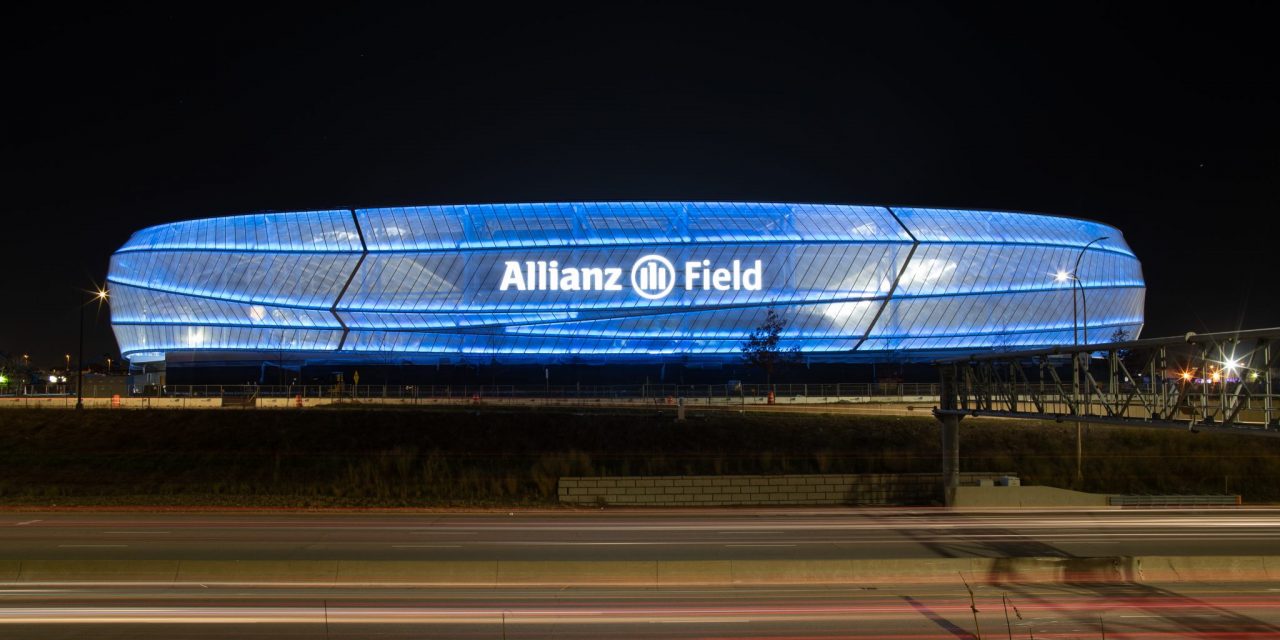 Allianz Field’s roof canopy filled with LED lights is the stadium’s signature feature. (Courtesy Minnesota United FC) Minnesota United FC’s Allianz Field has a signature roof canopy and more Allianz Field officially opens in mid-April, but the newest Major League Soccer stadium made its presence felt in December when the LED roofline turned red and green to celebrate the winter holidays. The festive beacon caught the attention of thousands of motorists on Minnesota’s busiest highway and gained the venue exposure across social media. The roof canopy’s ability to change colors for events is the signature feature at the $250 million facility, which sits off Interstate 94 in St. Paul’s Midway neighborhood, the halfway point between the downtowns of St. Paul and Minneapolis. On April 13, when Minnesota United FC plays its first home match in MLS, the roofline will turn a cool blue.  Populous designed the stadium, but Dr. Bill […]
To access this post, you must purchase Subscribe to VenuesNow – 1 Year, Subscribe to VenuesNow – 2 Years or Subscribe to VenuesNow – 3 Years. If you are already a member of VenuesNow, please login here: log in