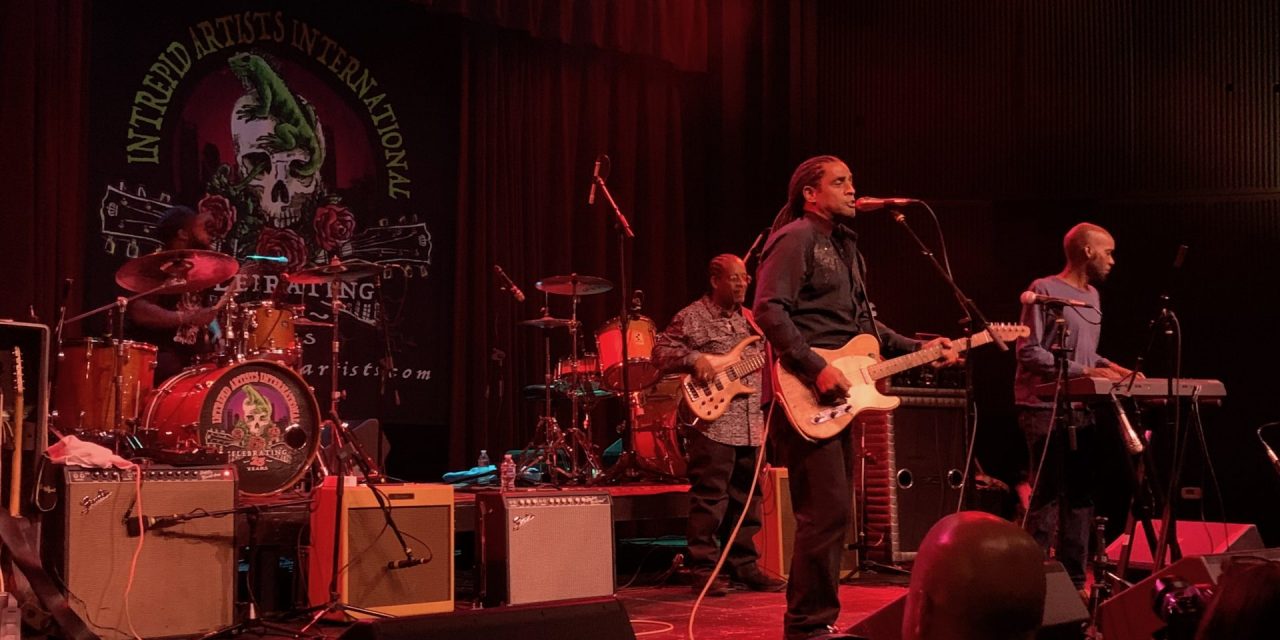 Potentially crowded fall will ‘create a lot of pressure’ on business

For all three heads of independent booking agencies now working from home, it’s part of the “new normal” as they come to grips with a touring industry paralyzed by COVID-19 and the uncertainty over when their acts can start working again. Much of their time is spent rebooking artists into the second half of the year after a few months of cancellations, but new dates remain on shaky ground as they wonder whether a second wave of coronavirus will knock out more shows over the next nine months.

“I could tell (on April 7) that a sense of reality was setting in,” said Booth, president of Intrepid Artists International. “Are these new dates going to happen? The unknown is the scary part. We can rebook tours; that’s not the problem. But rebooking (multiple times) … your morale gets knocked around pretty good.”

Chauncey is president and CEO of Partisan Arts in Sausalito, Calif., an agency he founded in 2001. His company represents Jack Johnson, Grace Potter, Greensky Bluegrass, Railroad Earth and Holly Bowling, among 60 acts.

“It’s the new reality, and we’ve got to make the most of it and figure out how to have some sanity,” Chauncey said. “We’re a boutique agency. I’m happy to say we’re still fully functioning. We’re proud of our ability to conduct business essentially the same as we had before, which is great.” 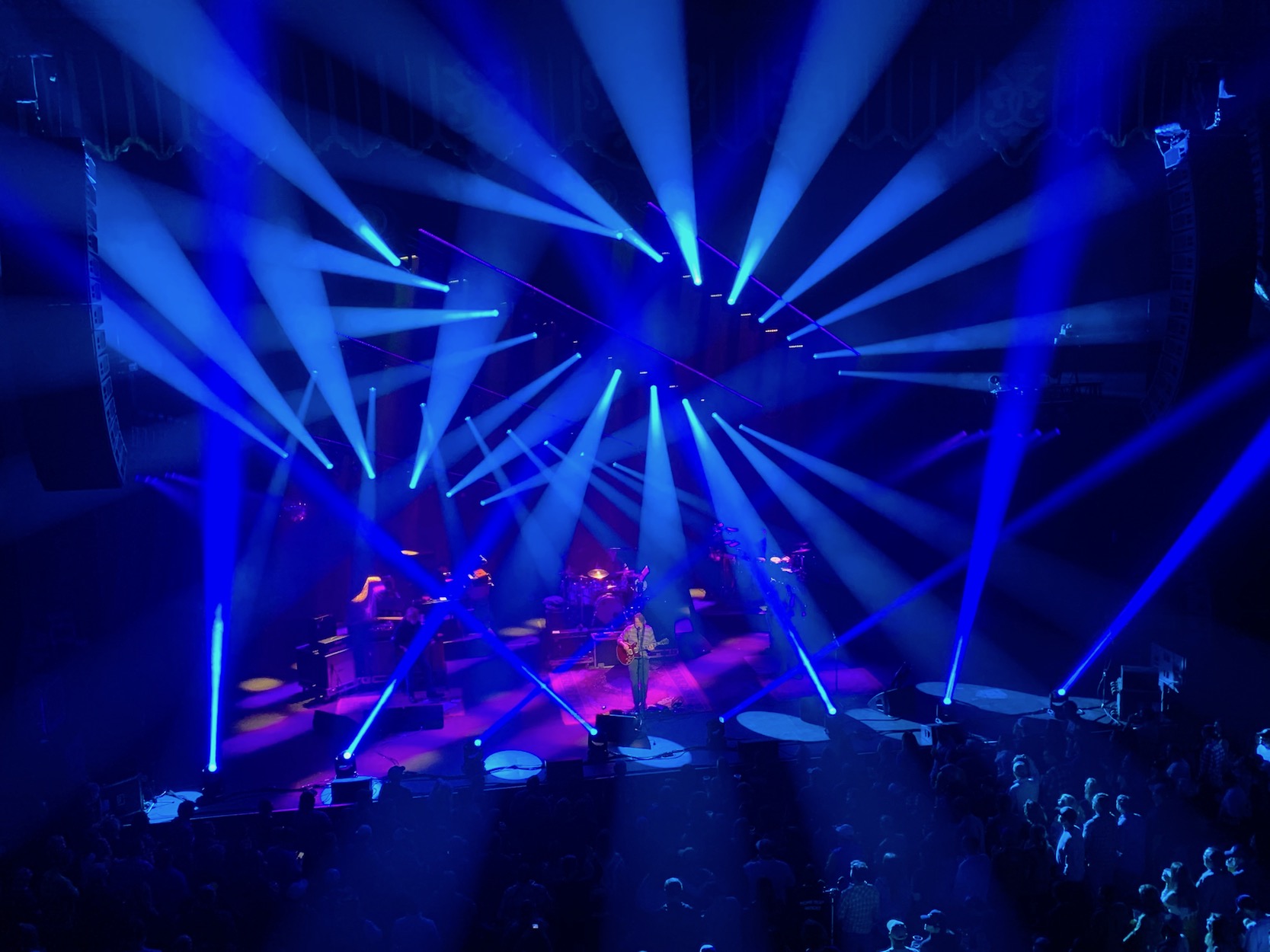 “The way I run my company is very conservative,” Williams said. “We’re doing fine. We’ve got zero income coming in right now. We’ll get through it; we had a good first quarter. We’re not spending any money on marketing until we find out whether the dates are safe or not.”

All three agencies have applied to take part in the $349 billion Paycheck Protection Program, a federal relief program administered through the Small Business Administration. That’s been the case with most independent agencies, Chauncey said. Essentially, businesses with under 500 employees are eligible to apply for government funding to cover payroll and health benefits for their workers over the next two months. Under the SBA initiative, as long as companies keep their staff employed through June 30, they’re not required to pay that money back to the government.

Intrepid Artists alone lost about $1 million tied to two months in bookings, Booth said. To some, it may not seem like much money, he said, but it’s a significant loss for an agency representing about 35 acts, mostly blues artists. Some losses should be recouped by rescheduling dates.

Booth did the math and hopes to receive a government check of roughly $100,000 to help pay his staff plus a portion of rent and utilities for office space that now sits empty near uptown Charlotte. Booth pays his six employees a salary rather than commission. He founded Intrepid Artists in 1994.

“My guys have received a paycheck every week and will continue to do so,” he said.

Looking ahead, the three veteran agents all see the same thing. Most summer festivals have postponed dates to the fall or canceled and will look ahead to 2021. The same is true for club dates. For agents embedded in the rescheduling scrum, a second issue has emerged — an unusually large number of shows trying to play indoor venues in the fall on top of some festivals switching their dates to the same period.

“It’s going to create a lot of pressure on the business,” Chauncey said.

“We’ve advised our clients if they need to move to the fall, we’ll do so,” he said. “But if they can spread out touring into the first quarter of next year and run it across a longer period of time, there’s a greater likelihood those shows will do better instead of shifting everything to November.”

Granted, bands are itching to get back to work as soon as possible, and like everybody else across the country, they need to feed themselves and their families. It’s created a tough situation for agents rebooking shows.

Williams said there’s an art to redoing the calendar, and based on what he has seen initially, some of the younger agents at other firms may not fully understand what they’re getting into with a heavy show load in the fall.

“When you see these festivals and arena and theater shows all moving into the same period, what’s going to happen?” he said. “The festivals run into hurricane season and you wonder if people really thought this through. We’re maybe causing a bigger problem than we had.”

The Trondossa Music and Arts Festival in North Charleston, S.C., formed two years ago and headlined by Widespread Panic, was recently canceled and moved to May 2021 rather than rebooked for the fall, Williams said.

The biggest issue is whether fans of live music will return en masse to the venues after a decade of record-breaking business across the board. The buzz term “social gathering space” has been replaced by “social distancing.” Suddenly, the thought of general admission crowds at clubs and festivals may not sound so appealing.

Unemployment, which the pace of job losses indicates is pushing toward 15%, is another critical factor to consider. “Where is all the money going to come to buy tickets when all of this is over?” Booth said. “We’re all going to have to make sacrifices in the coming months.”

Chauncey has a theory he refers to as “reverse social distancing” for when concert venues reopen for business.

As we eased into this problem, we saw larger capacity situations with limitations on crowds … and it kept getting smaller,” he said. “It seems logical to me, as we exit this problem, we’ll have a reverse equation. Smaller venues are more likely to open first before the larger ones.”

In general, younger people appear to be less mindful of COVID-19 because they feel it may not affect them as much as their elders. When the “green light goes on” for live events to resume, he said, younger folks are likely to attend more shows than the older generation.

“We’ll ease into it,” Chauncey said. “For artists that have an older age demographic, they may be less likely to venture out initially. The artists drawing a younger demographic will see better-selling shows quicker.”

Widespread Panic played a five-show run at the Beacon Theatre that ended March 2, shortly before the shutdown. Williams, who served in the Army during the Vietnam War, was in New York with the band, and he wore a mask at his hotel after hearing about the city’s first cases of coronavirus.

“This stuff spreads like kudzu; it will crawl up and get you,” he said. “Right now, when you’re looking at (projections for more deaths) than Vietnam and the Korean War, it’s pretty serious and that’s in a very short period of time. But I believe in science and that this thing is going to end.”