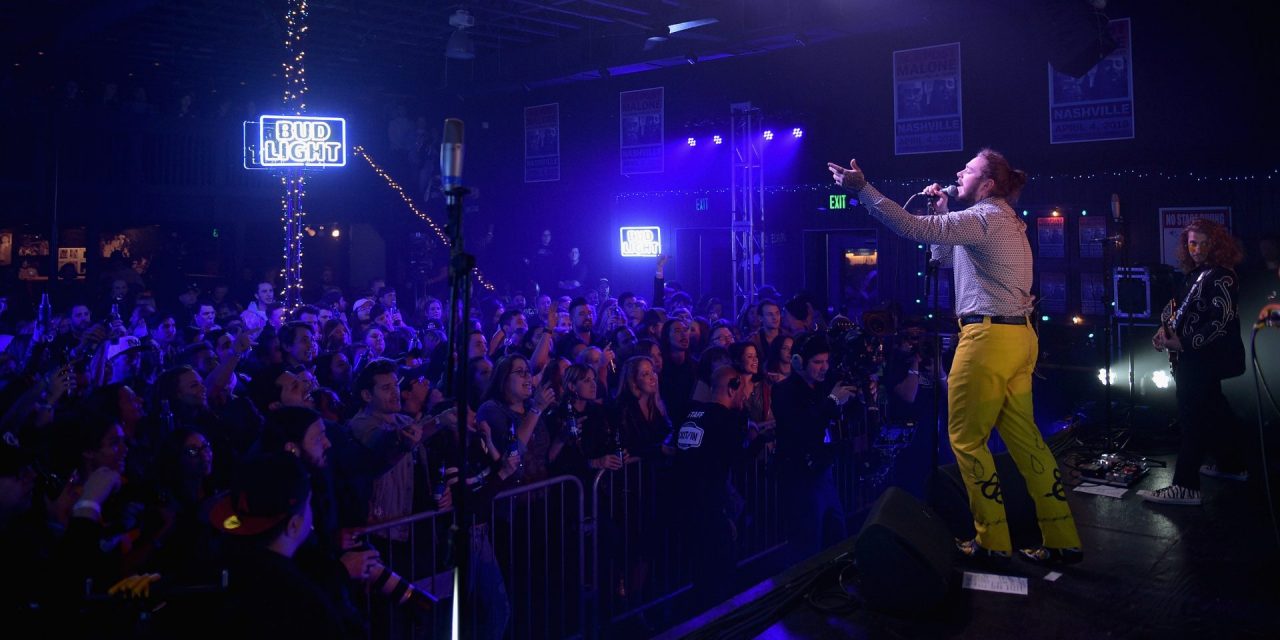 Post Malone performs in 2018 at Exit/In in Nashville, one of the nearly 450 venues that had become members of the National Independent Venues Association as of Friday. (Getty Images)

Within two days, nearly 450 independent venues had signed on as members of the newly formed National Independent Venues Association, a trade association that has hired a major Washington, D.C., lobbyist and plans to lobby the federal government for economic relief because of the coronavirus pandemic.

The association, which came out of a loose group spearheaded by Independent Venue Week and Marauder’s Rev. Moose, has hired powerhouse lobbying firm Akin Gump Strauss Hauer & Feld to represent the group on Capitol Hill. It has received donations from See Tickets, Lyte and other companies to facilitate that effort.

“NIVA came out of a Independent Venue Week town hall that took place the week after everything was being shuttered,” said Dayna Frank, owner of First Avenue in Minneapolis. “It was the first time many of us were able to talk to each other. If we are going to make it through, we have to do it together. At the end of that we talked about the need for a group, an alliance to be formed to share knowledge and resources and get some representation in D.C. to make sure we have resources for the health and future of our industry.”

Rev. Moose was able to pull together contacts and resources from Independent Venue Week, which stages in Europe and the United States annually.

“We’ve been having town hall conversations for some time, but these conversations accelerated and we knew we had to do something,” Moose said. “Now we have some major players, very passionate people, from around the country who would otherwise be consumed with the day-to-day operations of their business who now are collectively consumed with the survivability of their business. We do have to be able to link arms to come up with a plan and put that plan into action.”

Part of the plan involves retaining a lobbying firm to make sure members of Congress and other government officials include the live entertainment and ancillary business in further stimulus programs going forward. That becomes even more urgent as payroll protection loan funding has run out and CARES Act provisions only go so far.

“The original step was working with Moose and his Independent Venue Week group and it was obvious we had to have a united voice after this first round of stimulus loans was complete and have a voice in D.C.,” said Gary Witt, executive director of the Pabst Theater Group in Milwaukee. “We knew we had a short window to be able to impact this, so this large group of completely independent organizations went out and we hired a lobbying firm that is actually the largest lobbying firm in America, Akin Gump.

“We wanted to find someone with the power to do the amount of work we needed to do in a short period of time and who would be able to deliver our message and has a history of work in similar industries,” Witt said. ”We aren’t just people who sell tickets. We build community (with surrounding businesses) like bars, restaurants, car rental companies. We’re more like modern convention and visitors bureaus because we bring people in to see our artists play.”

Members have flocked to the group from more than 30 states and include venues such as the 9:30 Club in Washington, D.C.; First Avenue in Minneapolis; World Café Live in Philadelphia; Exit/In in Nashville, Chicago Independent Venue League, Pabst Theater Group in Milwaukee, and Red River Cultural District in Austin, Texas.

The association has established a social media presence and a website, NIVAassn.org, where independent venue operators can sign up for more information and those interested in making donations can find out how.

This story was originally posted on Pollstar.com.