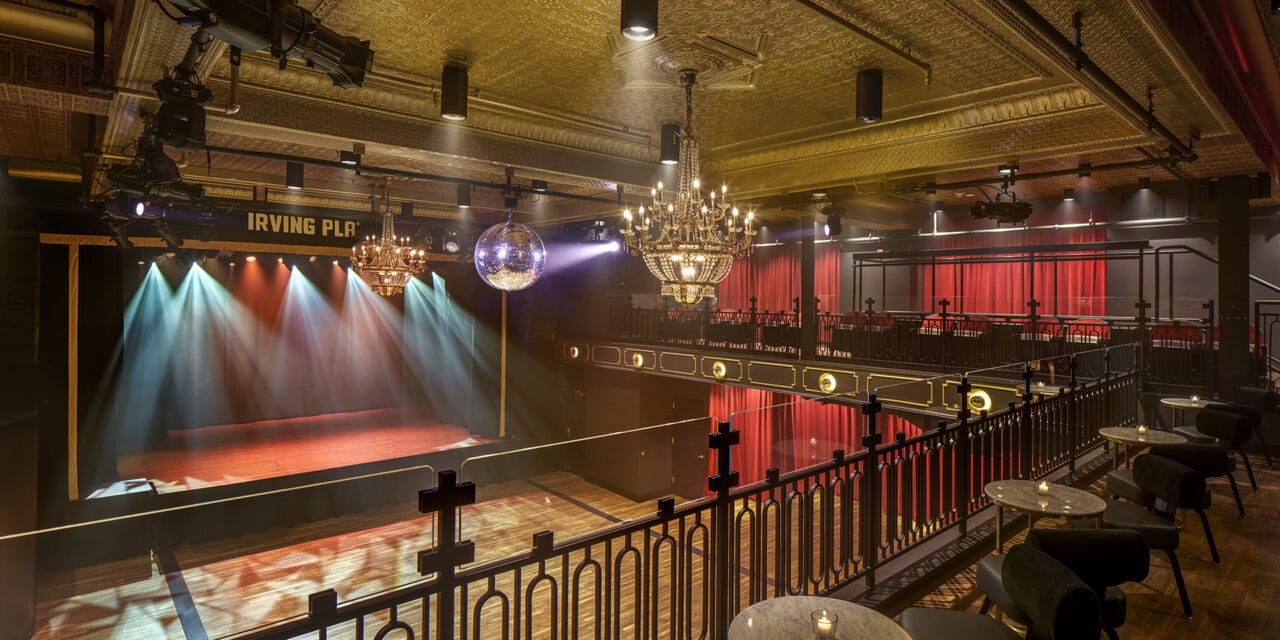 Live Nation confirmed 40 shows as part of the grand reopening of New York City’s Irving Plaza after a multimillion-dollar renovation. Ashley McBryde will be the first artist to perform on Aug. 17.

After closing in 2019 for renovations, the restored Irving Plaza is ready to host 1,200 fans with improved sightlines, state-of-the-art sound and lights, and world-class production. Live Nation focused on enhancing the overall concert experience for both artists and fans while maintaining the venue’s 19th-century charm.

Irving Plaza has been presenting iconic artists and emerging talent across all genres in NYC since 1978. Performers have including Paul McCartney, Foo Fighters, U2, Green Day, Ariana Grande, The Ramones, Nine Inch Nails, Childish Gambino, Katy Perry, Eminem and Nas.

“We are excited to reveal our grand reopening series of shows and look forward to reopening our doors and bringing live music back to New York City. It will be great to finally be able to reconnect music fans with their favorite artists, especially here in this beautifully restored room,” said Geoff Gordon, Live Nation regional president, in a statement. “Irving Plaza is filled with incredible music memories, and these spectacular renovations will allow us to host even more amazing concerts.”

New additions include an upscale VIP lounge with private bar and balcony level boxes that offer unobstructed views of the stage. For the artists, two fully renovated balcony level artist dressing rooms feature direct stage access and an adjacent green room with a private bathroom and amenities. The expanded lobby and bar area provide a new space for multifunctional use, including artist merchandise and meet and greets, or for individually curated events.

Tickets for the reopening series of shows begin going on sale Thursday:

Also Scheduled to Perform. Ticket information will be announced soon: Colter Wall on Sept. 11; Andy Mineo on Oct. 3; The Struts on Oct. 8; Toadies & Rev Horton Heat on Oct. 17; Governors Ball Presents Princess Nokia on Oct. 24; Envy on the Coast on Nov. 21; The Jungle Giants on Feb. 25; Relient K on March 18; Moonchild on April 2; Haken & Symphony X on May 10; and The Dead South on May 21.

Tickets for all Irving Plaza shows will be available at IrvingPlaza.com and LiveNation.com.