Jam Session lives up to its name 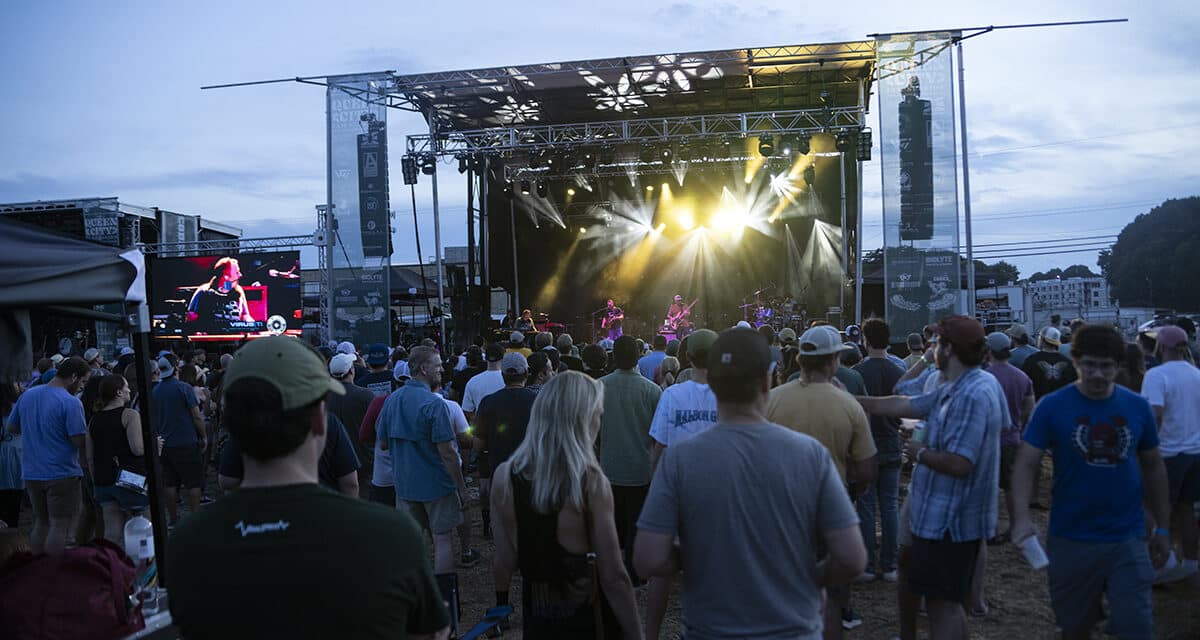 Rough estimates pegged daily attendance between 1,000 and 1,500 for the Aug. 19-21 event at NoDa Brewing Co., situated in an industrial area a few miles northeast of uptown Charlotte. The brewery and Maxx Music, owned by McCraw, are partners in the festival and the beer maker owns the site that can accommodate 5,000 people.

Regardless of the turnout, Maxx Music and the brewery are already planning the 2023 festival. The promoter has offers out for next year after investing $375,000 on talent for the first-year event. The site will be upgraded after construction is completed on the brewery’s new parking lot next door. This year, it was mostly gravel, which took a toll on knees, calves and feet after standing on the rocky surface for several hours. (Lawn chairs were allowed).

“To put something on of this size is not an inexpensive undertaking,” McCraw said. “First-year festivals rarely make money, but our goal is to make this one sustainable. It’s not up to us, it’s up to the city and this region whether they want the music festival to continue.”

Charlotte’s a fickle and unpredictable market for live music and nobody knows that better than McCraw.

“Maxx Music does 500 shows a year at the Neighborhood Theatre (a few blocks from the festival site) and all these other venues and I’m constantly surprised with bands that I feel can sell out the room but who don’t in Charlotte,” he said. “Then there are bands I’m surprised that do sell out. If I had a formula, I’d be on a yacht somewhere.”

No one can blame the weather for the small crowds. It held up for the most part, except for the storm that blew through late Saturday afternoon and caused muddy conditions backstage and down front in the VIP area.

Those who spent about $300 for a three-day pass or $100 for a single-day pass got their money’s worth with an average of 13 bands a day, most performing at two outdoor stages built side by side for continuous music. The acoustics were clear and the video screen attached between the two stages tied everything together nicely.

Some local acts played a small stage inside the NoDa Brewery taproom. A few others, such as Jazz is Led, a group of local jazz musicians doing their interpretation of Led Zeppelin’s catalog, made it to an outdoor stage.

“We tried to make as much space on our main stages for local musicians and we’re going to keep that going next year,” McCraw said. “There are artists in Charlotte that deserve to be heard.”

Some transplanted locals, such as blues guitarist “Steady Rollin’” Bob Margolin, a Boston native, made their mark nationally decades ago.

Margolin, a resident of Salisbury, North Carolina, 45 minutes north of Charlotte, spent seven years playing in Muddy Waters’ band. He was part of the lineup on stage at the Last Waltz, the legendary 1976 concert documented by filmmaker Martin Scorcese. Margolin finished his set with “I Shall Be Released,” written by Bob Dylan, which also wrapped the Last Waltz at Winterland Ballroom. 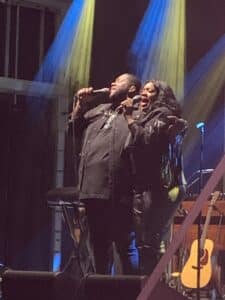 Friday’s lineup alone had plenty of high energy and no dropoff in talent. The War & Treaty, a soul/R&B group led by the lead vocalist duo of husband and wife Michael Trotter Jr. and Tanya Blount-Trotter, stood out among the crowd, along with the Delvon Lamarr Organ Trio, a Seattle outfit, and Grammy Award winners, the Rebirth Brass Band.

Organ Trio guitar whiz Jimmy James did his best impersonation of the group’s hometown hero Jimi Hendrix, playing with his teeth for a few minutes.

A pair of jamgrass stalwarts, the Infamous Stringdusters and Greensky Bluegrass, headlined Saturday and Sunday night, respectively. They both performed inspired renditions of Pink Floyd tunes. The Stringdusters laid out “Another Brick in the Wall” and Greensky found “Time” on their hands as part of the festival’s closing set.

Jam Session officials plan to email a survey to ticket holders this week to get their feedback on this year’s event and suggestions for how to improve it in 2023. One thing McCraw wants to clear up is the misconception among some local media outlets comparing Charlotte’s event to other music festivals in the Southeast.

One local reporter asked McCraw why Maxx Music didn’t “court” Music Midtown to potentially relocate to Charlotte in the future. In early August, the festival booked for September was canceled, reportedly due to Georgia’s gun laws prohibiting the ban of firearms in certain public spaces. The festival had a no-weapons policy.

The same policy is in place for the Queen City Jam Session, but the issue has nothing to do with whether Maxx Music would pursue the Atlanta event.

“We’re not Atlanta, we’re Charlotte and this is a homegrown festival,” McCraw said. “These are two entrepreneurial companies founded and based here, with bands that we choose. I want people to come out, have a good time, and leave with smiles on their faces. That’s what it’s all about, making sure that we’re offering a high quality experience, production and music that we can all be proud of.”