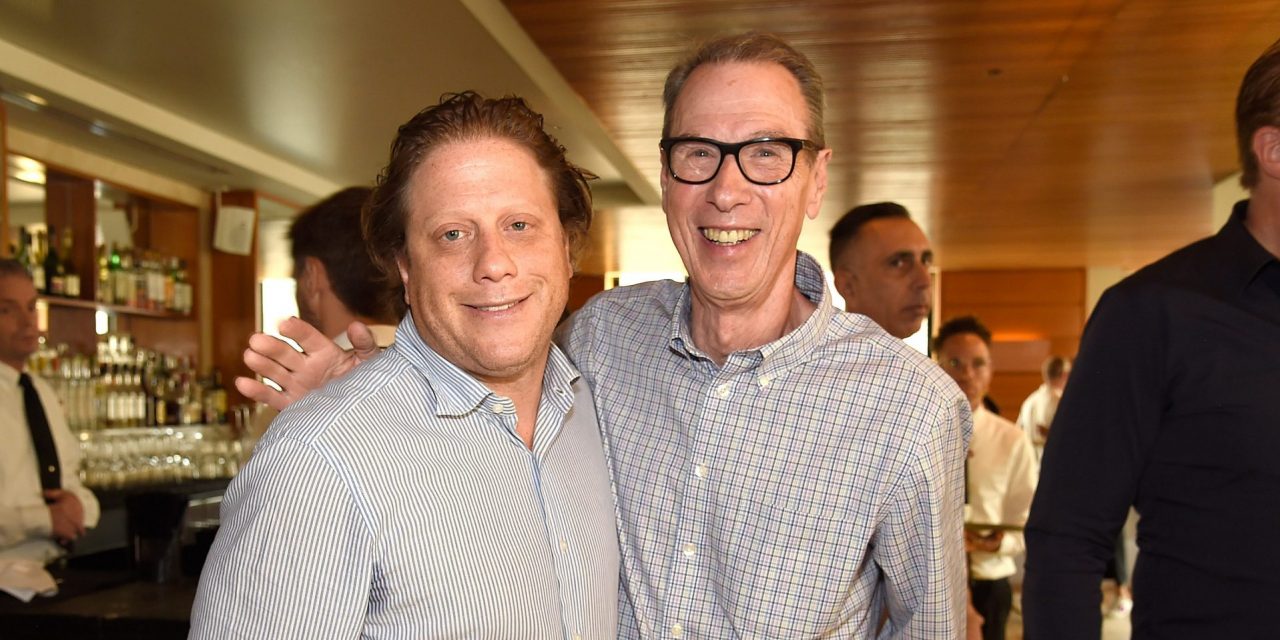 Larry Vallon (right) with Dayglo Ventures’ Peter Shapiro in 2017. (Getty Images)  Promoter, being inducted into organization’s hall of fame, looks back on his long career in LA’s concert scene Legendary LA concert promoter Larry Vallon may have announced his retirement from AEG Live earlier this year, but his victory lap continues at the International Entertainment Buyers Association confab in Nashville this week. Vallon is being inducted into the organization’s hall of fame, along with Rock & Roll Hall of Fame inductee Joan Jett and manager Kenny Laguna, CAA’s Rod Essig, Vans Warped Tour’s Kevin Lyman and the late Steve Dahl, longtime head of fairs and festivals for Paradigm. “I was lucky to have the career I had,” said Vallon, 72, who opened up AEG Live’s Los Angeles offices in 2004 as vice president of national booking after a 23-year career with MCA Concerts, Universal Concerts and finally House of […]
To access this post, you must purchase Subscribe to VenuesNow – 1 Year, Subscribe to VenuesNow – 2 Years or Subscribe to VenuesNow – 3 Years. If you are already a member of VenuesNow, please login here: log in