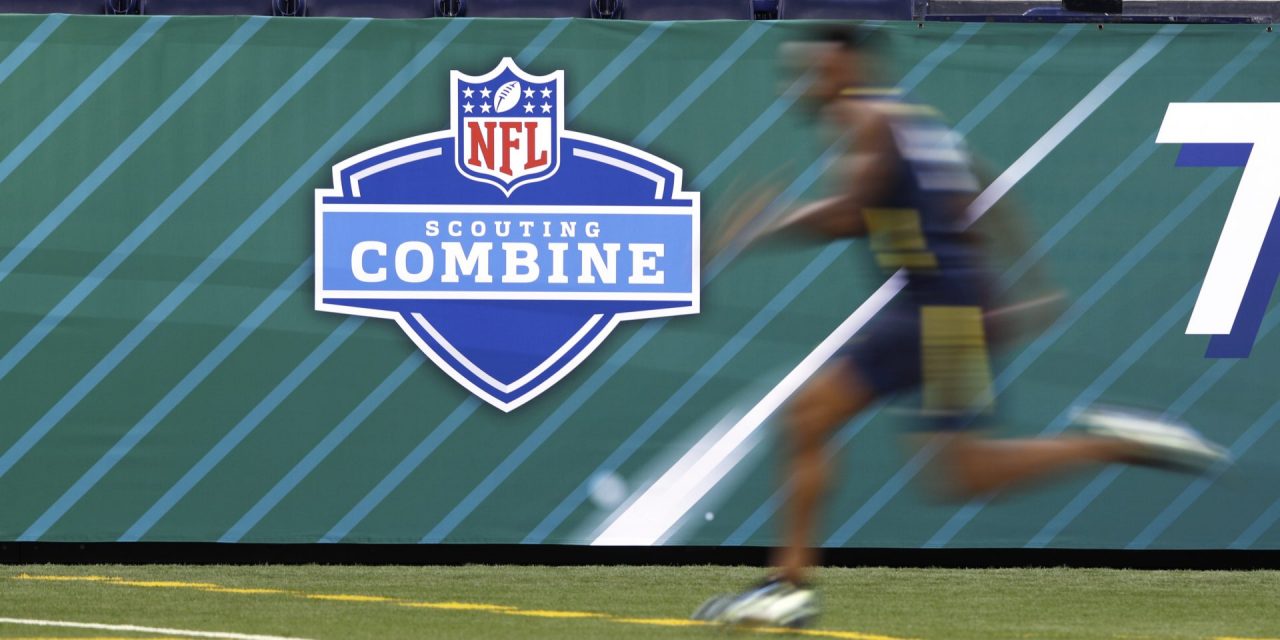 ON THE MOVE? A player runs the 40-yard dash at the 2017 NFL scouting combine at Lucas Oil Stadium in Indianapolis. (Getty Images)

Annual scouting event has been in Indianapolis since 1987

The NFL plans to take a hard look over the next few years at potentially moving the league’s scouting combine out of its longtime home in Indianapolis, according to league executive Peter O’Reilly.

O’Reilly, the NFL’s executive vice president of club business and league events, discussed the future of the combine, the annual event where players entering the draft are evaluated in a series of physical and mental tests, as part of his annual Super Bowl wrapup via videoconference with attendees of the Stadium Managers Association seminar in Phoenix.

“We’re going to take a look at it and not move too quickly, but we want to evaluate what a combine in a different city could look like,” O’Reilly said.

The NFL signed a two-year extension last year for the combine to remain in Indianapolis, and the league has annual options extending to 2025 to remain in a market that “lays out beautifully for big events in terms of walkability and its hotels and venues,” O’Reilly said.

Over the past few years, there has been widespread speculation about the future of the combine and whether it could follow the path of the NFL draft, which has traveled to Chicago, Philadelphia and Nashville over the past five years after being held in New York City for decades. Until this point, though, NFL officials had declined to talk about the event possibly leaving Indianapolis.

Converting the draft to a traveling road show has been a huge success for the league. The 2019 draft in downtown Nashville drew a reported 600,000 people, filling the Lower Broadway entertainment district. This year’s draft is in Las Vegas and the 2021 and 2023 drafts are set for Cleveland and Kansas City, respectively. The location for the 2022 NFL draft has not been determined.

“The draft is ultimately reading a name on a card, and you can shape that into the DNA of the city, whether it’s Lower Broadway in Nashville or the Bellagio fountains in Vegas,” O’Reilly said. “The combine has such a core football evaluation component to it in terms of all of the medical, the on-field drills, interviews … that we want to make sure we don’t jeopardize it in any way.”

The combine, an indoor event, has taken place in downtown Indianapolis dating to 1987 at the old Hoosier Dome. This year’s event, set for Feb. 27-March 1, takes place at Lucas Oil Stadium, home of the Indianapolis Colts, and the Indiana Convention Center. Last year’s combine brought about 5,000 people to the city with projections of more than $8 million in economic impact.

There could be opportunities to further grow exposure for the combine, which has become a programming staple on NFL Network, by moving it around the country, O’Reilly said. It’s a matter of coming up with the right model considering its unique components and how they would translate to other cities.

“Clearly, there’s a fan component to it,” he said. “One thing we’re doing this year, which we think is very fan friendly, is shifting all of the combine drills into prime time. They used to be on NFL Network on Friday morning, not an ideal TV slot. The quarterbacks and wideouts — with a great quarterback class this year — are going to be Thursday night in prime time. Running backs on Friday night and Saturday and into Sunday. We’ll grow audience interest there along with evaluating a shift of the combine out of Indy. But Indy is an awesome home and continues to be.”

For the 2020 Super Bowl, a big storm on the Friday night before the game in South Florida shut down some concerts tied to NFL sponsors. From a league-controlled events perspective, the NFL was in pretty good shape, O’Reilly said. Officials knew bad weather was coming and evacuated patrons from an outdoor tent at the NFL’s Commissioner’s Party into a hotel next door on South Beach, he said.

“The challenges were more from the non-league-controlled events and parties, where they were less prepared, quite honestly, and had to cancel some things because they got hit pretty hard,” O’Reilly said. “We knew transportation on the causeways was going to be challenging. Our team had some good contingencies in place, but we’re always learning. The more we can to forewarn the non-league events that they have to be prepared and have full emergency action plans in place … we can certainly continue to do more there.”