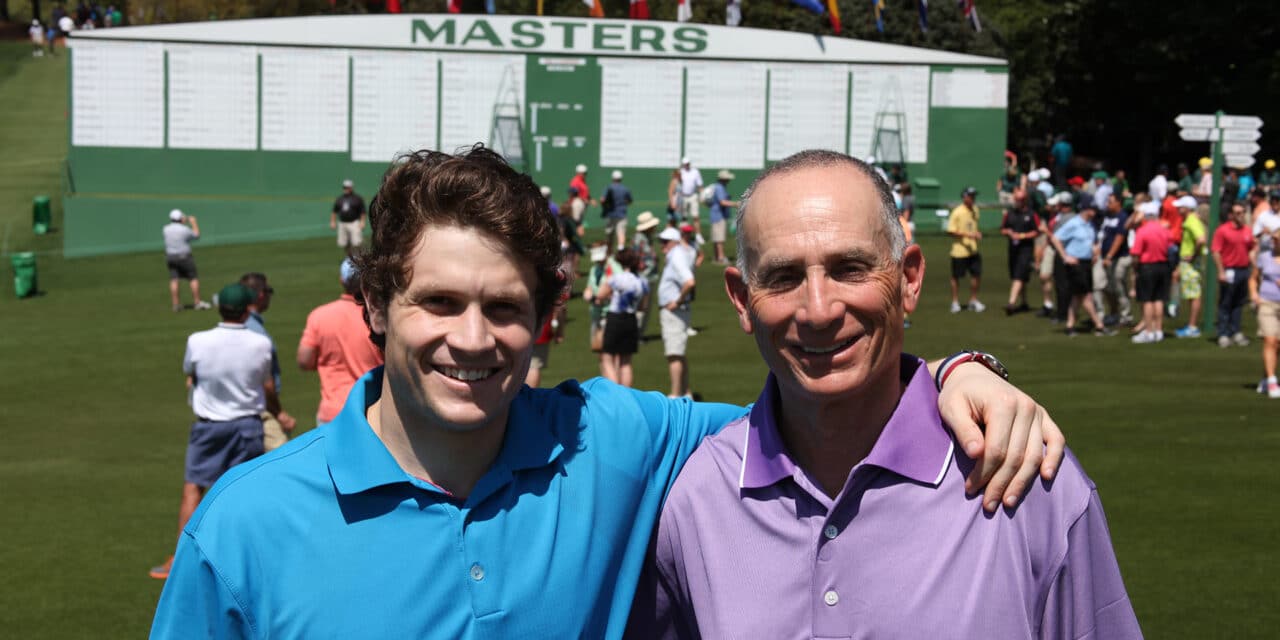 Capital One Arena GM follows in his dad’s footsteps

As we approach the annual celebration of fatherhood this weekend, there are many folks working in the public assembly industry who followed their fathers into the business of sports and entertainment venues.

A tip of the fedora to all those sons and daughters who have made this business a fun and fascinating venture.

The case of Jordan Silberman, in his third month as general manager of Capital One Arena in Washington, stands out. Jordan, the son of retired arena executive Barry Silberman, was literally born into the business.

“My mom’s water broke at an arena football game with the Washington Commandos,” Jordan said. “It was on July 16, 1987, and I was born on the 17th. I grew up at the old Cap Centre/US Airways Arena with my dad. Then he helped build MCI Centre (now Capital One Arena). It’s been part of me since the day I was born.”

Barry Silberman spent about 35 years in facility management. He was president of the old Centre Management, which ran the Washington arena and four other venues in the Northeast and Midwest. Barry moved to Charlotte in 2003 as an executive vice president to develop a new arena for the NBA expansion Charlotte Bobcats, now the Hornets. It opened in October 2005.

At that time, Jordan Silberman was a freshman in college at Miami University of Ohio. He graduated in 2009 with a finance degree. It came at the height of the recession, and the banking industry was going through a volatile period.

It wasn’t an ideal time to pursue a banking career, according to Jordan. 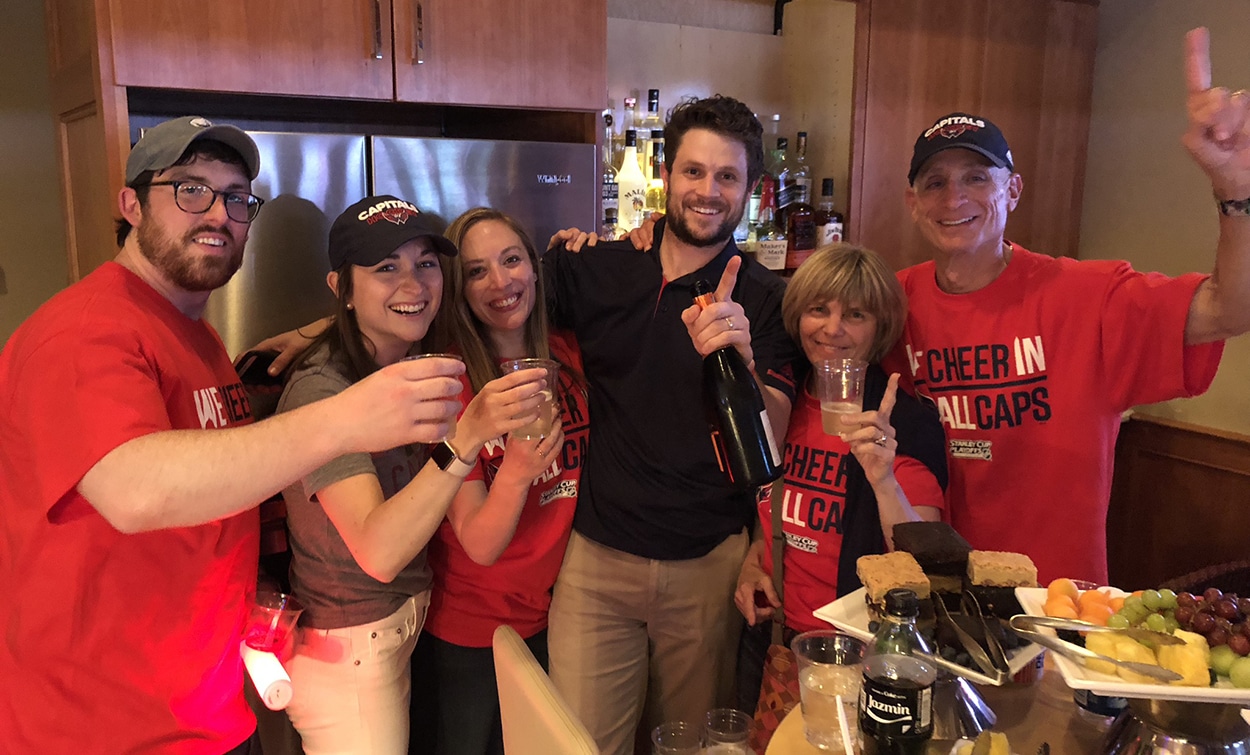 In the fall of 2009, an opportunity came up with the Washington arena’s finance department as a staff accountant. He jumped at the chance to get his foot in the door and worked his way up the organizational ladder.

Truth be told, his father helped crack that door a bit, similar to others following their family into the business.

The elder Silberman had initially hired Tomoff as controller for Cleveland State University’s Convocation Center, which was part of Centre Management. Tomoff eventually assumed a similar position in Washington.

Barry said he asked Tomoff for a favor — give Jordan an “informational interview with no expectations beyond that.”

Afterward, Tomoff told Barry he was impressed with Jordan and wanted to offer him a job.

“I said, ‘Do what you want to do,’” Barry said. “From that point on, Jordan did everything on his own. He was a self-motivator and a self-starter. He rarely comes to me for advice, and I admire that. He’s his own guy.”

Jordan spent a little over a year in his accounting role before moving over to event operations for four years.

In September 2015, he was named vice president of operations. In April of this year, he was promoted to general manager after Monumental went through some organizational changes that included David Touhey leaving his post as president of venues and arena GM Michele Powell moving to be closer to family and taking a VP position with the NFL’s Cleveland Browns.

Looking back, Barry says, he was surprised that Jordan ended up in the arena biz.

“He never really showed an inclination toward it,” Barry said. “He always wanted to be involved with finance. I thought he was going to wind up on Wall Street. I guess it was because of the financial crisis … it hit at the wrong time for those goals, but the right time for his arena career. I never saw it coming and I’m not sure Jordan did either.”

Ten years later, the Silbermans can both say they didn’t see the pandemic coming either.

“There’s no sugarcoating it,” Jordan said. “It’s been financially stressful. We’re going to have a busy slate of events in the fall. Throw in the fact that there are staffing concerns with people coming back and the rate at which they’re coming back. The competitiveness to fill positions is at an all-time high with everybody rehiring right now.”

The good news for the younger Silberman is that working for Ted Leonsis, owner of Monumental Sports and its two primary tenants, the NBA’s Washington Wizards and NHL’s Washington Capitals, makes the return all that more exciting.

Leonsis, who was a senior executive for AOL and remains a technological visionary, is among the most innovative team owners and is willing to take chances, Jordan said. Leonsis drove the decision for Capital One Arena to open the first brick-and-mortar sportsbook at a big league venue, which is part of the excitement as arenas reopen for business. It officially opened in its permanent space in late May.

The sportsbook has been busy with a steady stream of betting customers, Jordan said.

“We have the ability to have people flow between the space for NBA games and are looking to expand that with the NHL next season to have that seamless experience for fans,” he said. “If they want to place a bet physically, they can do so, but also through the mobile application. We’re leaning into technology to make sure we have adequate Wi-Fi and 5G to be compatible to place a bet in real time.”

Eighteen years ago, the mobile technology piece was something Barry Silberman saw coming fast when he first started developing Charlotte Bobcats Arena, now Spectrum Center. Wireless connectivity was in its infancy, a few years before the first iPhone came out in 2007.

“I remember holding up a cell phone and saying, ‘All the knowledge in the world is right here,’” Barry said. “It’s in the air and it’s in this little thing. My God, it has transformed everything.”

These days, Barry Silberman spends time golfing with his Washington buddies and taking his 19-month-old grandson (and Jordan’s son), Jack, to a new playground that’s part of a redeveloped campus next to RFK Stadium.

Several years ago, Barry and his wife, Laura, moved back to D.C. from Hilton Head, South Carolina, where they initially spent retirement. They wanted to be closer to their children and their families.

Barry also keeps busy doing yoga and makes movies around big events that he shares with his family.

“I’m loving life and enjoying myself,” he said.

As a father, he gave Jordan and Mallory, his daughter, these words of advice: Take the initiative in everything you do and make decisions as if you own the company even if you don’t, and you’ll be empowered to do the right thing. Above all, if you forget all those other things, just remember to treat people the way you want to be treated.

Pretty simple, but those words have sunk in with Jordan as he takes the reins of a big league building.

“Watching how my dad operated in D.C. and Charlotte laid the groundwork for me and how I want to operate and carry myself in the position,” he said. “Across all lines of our business, always try to have an open door and be willing to hear people out and have a collaborative approach to the end goal, which is presenting a great experience for the fans coming in the building.”

FATHER KNOWS BEST
A list of some of the fathers, sons and daughters actively working in the public assembly industry.