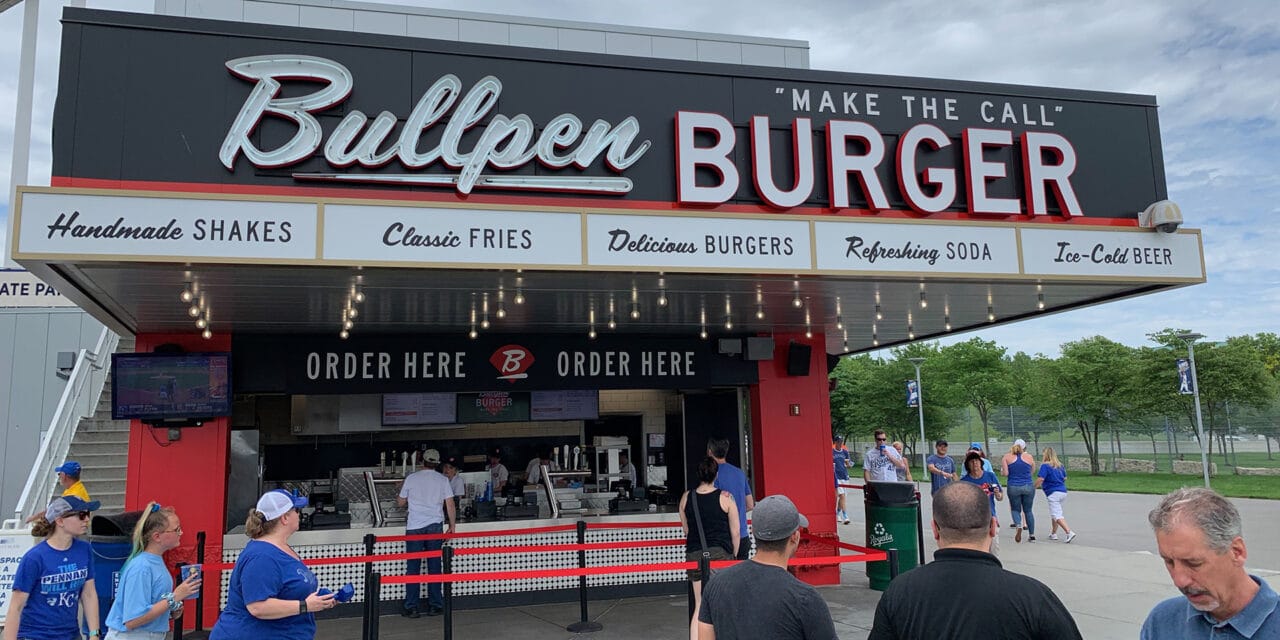 The big question: Will they continue as capacities increase?

Big league concessionaires have seen some huge increases in food and drink per caps over the first two months of baseball season, and mobile ordering has been hit and miss depending on the market.

For all vendors, labor shortages remain a troubling issue.

Those trends were part of a recent discussion among officials from Aramark, Delaware North Sportservice, Legends and Levy participating in a virtual panel organized by the Stadium Managers Association.

At Dodger Stadium, with restricted capacity, Levy has seen per caps skyrocket by 59% over the 2019 season for Los Angeles Dodgers games, said Ron Lee, the vendor’s vice president of hospitality strategy.

“For all eight MLB parks that Levy serves, we’ve seen per cap growth as low as 13% to almost 60% here at Dodger Stadium, which is staggering,” Lee said.

He pointed to going cashless, adding sales tax on top rather than including it in listed prices, installing more grab-and-go locations with package beer, and upselling souvenir cups among the primary factors for the large spike in per caps.

“The minute you go cashless, it allows us to put much better control on shrinkage — not having (stolen) money walk out the back door. We’ll never know the true quantifiable implications of eliminating (cash),” Lee said.

The grab-and-go component has pushed sales 3% higher because of package beer exclusively sold at those stands.

Seven of Levy’s eight MLB accounts have flipped to the model adding sales tax on top of the retail price, rather than blending it into the price as in past years. At Dodger Stadium, the new tax component model has accounted for 9.5% of the 59.8% increase in per caps, Lee said.

“Most of our partners have got on board with it, and it helps offset the inflated cost that we’re seeing from a procurement standpoint,” Lee said.

Starting Tuesday, Dodger Stadium was allowed to reopen at full capacity per state regulations. The question remains whether per caps will stay at that high level or decrease because of larger crowds and longer concession lines.

“Fans are buying whatever we have in the team store,” Witkowski said.

Aramark is also seeing extended peaks during the busiest times of the game for fans buying concessions.

Mobile ordering, driven by MLB and individual states as the primary mode to order food and drink this season, remains a struggle in some markets, whether it’s the technology itself or a fulfillment issue as food providers deal with the high volume of orders.

At the start of the regular season, Sportservice saw “very small buy-in” with mobile ordering tied to QR codes placed on every seat in the lower bowl at Globe Life Field, home of the Texas Rangers, said General Manager Casey Rapp.

“The second week, we added vending back in the seats and saw a 400% to 500% increase over what we were making in mobile ordering,” Rapp said. “That’s just one market. We have other places having great success with mobile ordering. But we still have people going back to the traditional style vs. the new technology.”

Glitches with mobile ordering systems remain an issue across baseball.

“We had some folks receive notifications that their order was ready at 3 in the morning because volume was so high,” Lee said. “The focus to be exclusively mobile ordering provided by the state of California has been pushed to the wayside.”

At Yankee Stadium, Legends partnered with Uber Eats as part of its mobile ordering program, with food stands switching to a hybrid model for traditional ordering and mobile. It has been effective, said Richard Porteus, the firm’s vice president of the eastern region.

Labor remains a tough nut to crack for concessionaires, as it has been for most service industries in general.

Witkowski said the workforce topic keeps him up at night. Aramark conducts job fairs every week at the two Kansas City stadiums, but the vendor has not had much success hiring workers through those events, he said.

The Royals and the Chiefs have both helped Aramark spread the word about job opportunities through stadium signs and their social media outlets. The Royals created a “Careers at Kauffman” landing page on their main website, and the team issues public address announcements as part of those efforts before and during baseball games.

“Everybody needs staff as we got to full capacity in late May,” Witkowski said. “We need people. It’s a grind for our management staff to review applications every day. Getting experienced employees is a challenge. We’re doing constant retraining with a higher percentage of temporary workers than we would like.”

One thing Sportservice has done at Globe Life Field to bring workers back is adjust the tipping model at the ballpark. Cashiers now split their tips with cooks, prep workers and concession stand managers. In the past, cashiers kept all the tips, Rapp said.

(In some states, splitting tips in that fashion is illegal, noted consultant Chris Bigelow, the panel’s moderator.)

“We’ve seen that help us get some of those staff back for us,” Rapp said. “Front of house staff appears easier to fill because it’s tip based. They’re willing to come back. What’s really hard is the buffet attendants and chefs. Those are the folks that we’re really struggling with and having to go the extra mile to have them come back.”