Little Trouble in the Bubble 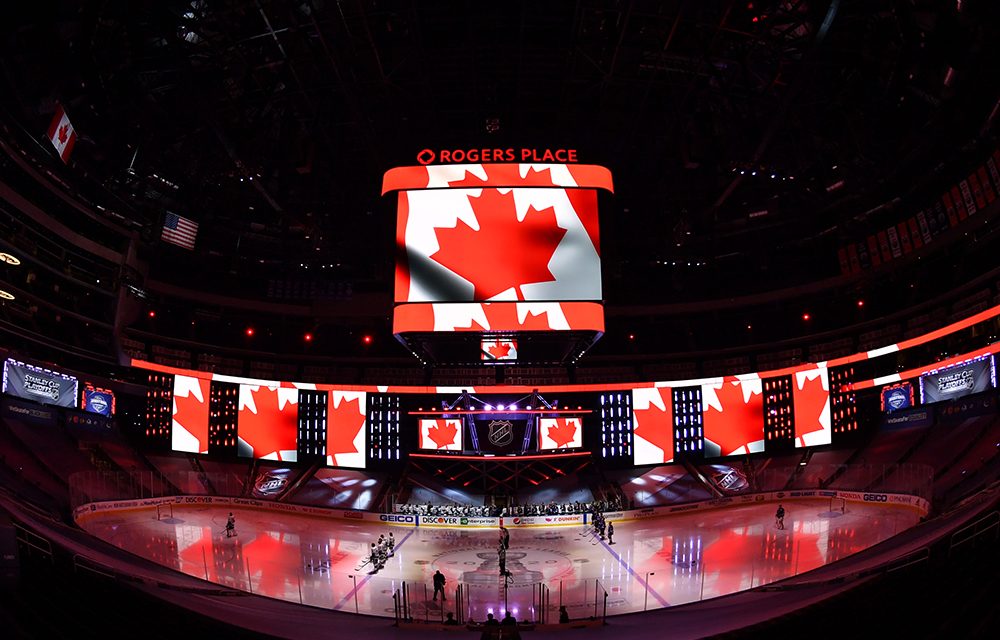 READY FOR ACTION: The Vancouver Canucks and St. Louis Blues stand for the Canadian anthem at Rogers Place on Aug. 12. (Getty Images) Edmonton’s Rogers Place conquering challenges as an NHL hub city It has been smooth skating at Rogers Place in Edmonton, Alberta, a hub city along with Toronto where the NHL resumed play after the novel coronavirus shut down sports in March. But Stuart Ballantyne, the venue’s general manager, said Mother Nature sent one last slap shot at the building amid final preparations for Western Conference games. Just two days after the NHL arrived July 14, and two weeks before a modified postseason schedule began Aug. 1, a summer storm blew into the area and caused substantial flood damage in the building, said Ballantyne, Oilers Entertainment Group senior vice president of operations. The company operates Rogers Place and owns its NHL tenant, the Edmonton Oilers. “We had a […]
To access this post, you must purchase Subscribe to VenuesNow – 1 Year, Subscribe to VenuesNow – 2 Years or Subscribe to VenuesNow – 3 Years. If you are already a member of VenuesNow, please login here: log in