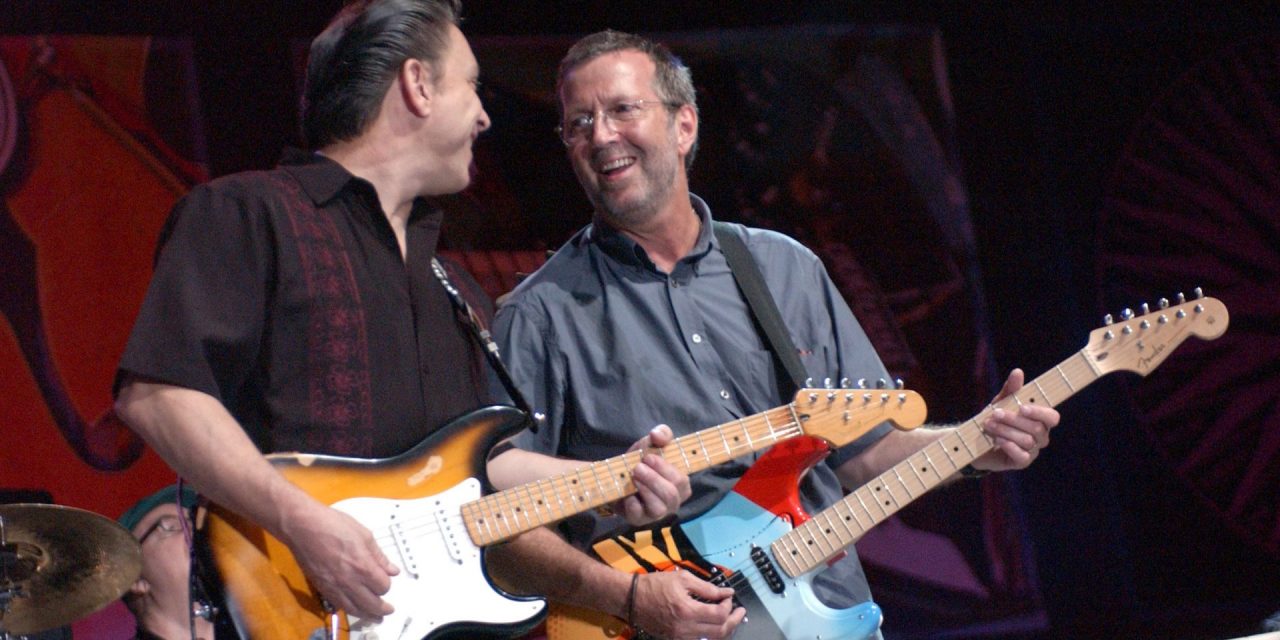 Eric Clapton plays with Jimmie Vaughan in 2004 during the Crossroads Guitar Festival’s first visit to Texas. (Getty Images) Heading up the highest-grossing concert engagements on Hot Tickets is the sixth edition of Eric Clapton’s Crossroads Guitar Festival, a two-show event Sept. 20-21 at American Airlines Center in Dallas. The box office take from the two concerts totaled $6.3 million with 24,853 tickets sold. Among the 30-plus performers joining Clapton in Dallas were Jeff Beck, Joe Walsh, Bonnie Raitt, Jimmie Vaughan and Tedeschi Trucks Band. It marked a return to the city for the multiple-artist event: The second installment of the guitar fest founded by the three-time Rock & Roll Hall of Fame member took place at Cotton Bowl Stadium in 2004. The festival (benefiting The Crossroads Centre in Antigua, which provides treatment for persons with chemical dependencies) began in 1999 with a performance at Madison Square Garden in New […]
To access this post, you must purchase Subscribe to VenuesNow – 1 Year, Subscribe to VenuesNow – 2 Years or Subscribe to VenuesNow – 3 Years. If you are already a member of VenuesNow, please login here: log in