It’s relatively new territory for Logitix, which has established itself in the pro sports and music sectors, but in June announced it was expanding its performing arts division and the hiring of former Tessitura CEO and co-founder Jack Rubin as a strategic advisor.

Logitix President Greg Nortman said the partnership has been in the works since that time.

“It’s something our company has wanted to do,” he said. “We started getting into performing arts about a year ago. We’ve had some performing arts clients in general, but the lion’s share has been in sports, music and special events like festivals and college bowl games.”

Nortman compared multichannel distribution, which allows ticket sales through the primary channel or other distributors, to being able to buy an Apple product at an Apple store or Best Buy. 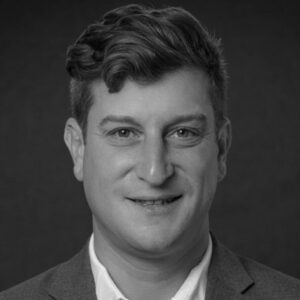 Is the performing arts sector ready for dynamic pricing?

“Yes,” says Nortman. “They are already participating. The distribution is the newer piece.”

He said dynamic pricing is not about gouging and in some cases prices go down, depending on demand.

“The the media likes to report about high prices, but what is the Tuesday (show for) “Lion King” going for? The goal is to get people to come and enjoy it and maybe pass the experience on to their kids,” Nortman said. “To be honest, it goes in either direction. It can be more affordable — an upper level balcony seat on a Tuesday.”

Performing arts sector network members could see 11% to 18% increases in sales using the technology now at their disposal, he said.

“Logitix’s solutions show proven value in this evolving ticketing landscape,” said Erin Lively Koppel, Tessitura’s Chief Strategy Officer, in a statement. She noted that many PACs and theaters are still recovering from the pandemic in a time of global economic uncertainty.

“Performing arts organizations are looking for every opportunity to capitalize on existing demand and expand their reach,” she said.

Logitix is expected to complete its integration with Tessitura, which has over 750 members in 10 countries, later this year.