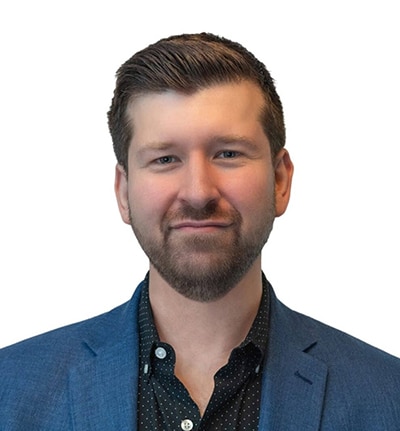 The National Independent Venue Association (NIVA) will today announce the appointment of Stephen Parker as its new executive director to lead the organization.

Parker’s previous experience, which includes working for the National Governors Association, the Country Music Association, Virginia Governor Tim Kaine and the National Guard, should serve him well as he leads the independent venue sector through what is an uneven financial recovery in economically uncertain times for many of its roughly 1,000 members.

Parker replaces outgoing Executive Director Rev. Moose, who co-founded the organization in March 2020 amid the onset of COVID-19 and the shuttering of the live industry. The small but mighty advocacy group galvanized an outpouring of both public and political support resulting in a historical $16.25 billion Shuttered Venue Operators Grant program, which was part of the second COVID-19 Relief Bill passed on Dec. 27, 2020.

“As much as I’d like to say that I can get another $16.25 billion check in my first year here, I think that’s a little unrealistic,” Parker told Venuesnow sister publication Pollstar.

The incoming executive director, who will work closely with NIVA’s Board, led by President Dayna Frank, has every intention of building upon NIVA’s success.

“It’s an incredible story,” he says. “I was watching from somewhat afar, at the National Governor’s Association at the time, when it was announced. I saw it in two places: a post on my local neighborhood music venue’s site, The Birchmere (in Alexandria, VA) and then on Politico Playbook. As I watched what was happening, I called Moose and said, ‘Can I do anything to be helpful?’ And they just kept moving, kept going and kept paddling and ultimately, all of us sitting on the sidelines advocating for our own things, were shocked and pleased that NIVA was as successful as they were. Mostly because many of us are fans. I remember in March or April, when they announced, I sent an email to Dayna saying that, ‘We need you to succeed.’ And they did.”

“We’re going to work on predatory ticketing to make sure that consumers are taken care of, but also to reduce the confusion and harm that’s being done to independent venues across the country,” Parker said when asked about the organization’s advocacy. “That’s a conversation at the federal level. But I also think there are opportunities at the state and local level as well. We have chapters that represent every single state in this country, and every single one of them are looking for ways to have a seat at the table. And really, that’s my goal here when it comes to our advocacy at the federal level, the state level and the local level. In the business community, live entertainment is a major industry. It represents billions of dollars in business and tax revenue, for states and localities across the country.

One of the most pressing issues facing NIVA is the economic hardship still confronting many of its members. Frank, who was on the Zoom call with Parker, explained some of the organization’s strategies to assist its members.

“Now that we’re getting back to a kind of normalization of business, I think there’s a couple of things that NIVA can do to help the most at-risk venues,” she says. “One is to provide the community access to best practices from venues in similar positions, who can give ideas and solutions about what to do. A lot of folks are not MBAs, so just providing access to information and resources. But then also this ticketing issue is huge and understated. We’re truly starting to realize how deep the problem goes. But recapturing, or trying to recapture, some of the value from the secondary market to benefit those in the ecosystem who are producing and responsible for events, is key. And then also group purchasing. To use the collective to provide discounts and resources is an easy win that Stephen’s already on top of and hopefully we’ll get to roll out by the summer.”

Looking at the new executive director’s Zoom background, which revealed a portion of the 36 basses and guitars he owns – including a pink Stratocaster— it’s clear Parker is also a massive music fan. Several times the ED named-checked The Birchmere, his local Northern Virginia music venue and he well understands the importance of both independent venues and the live industry.

“Working for CMA before and then during the pandemic, I learned a lot,” Parker says. “Not only about how Nashville and the music industry works, but about how important live music is for every single artist’s income. Whether you’re Harry Styles or an artist in my neighborhood trying to break through at The Birchmere, it matters. So being able to take the experience and do some translating for what is an industry that’s new to the public policy table, and trying to figure out how I can make it so that they start to break through and become a nationally recognized sustainable association here in D.C., but also across the country, is an incredible honor.”

Neither Parker or Frank would say exactly how they are addressing the ticketing issue or where they intend to have this year’s NIVA conference, but forthcoming announcements on both are expected soon.

This story first appeared on Pollstar.