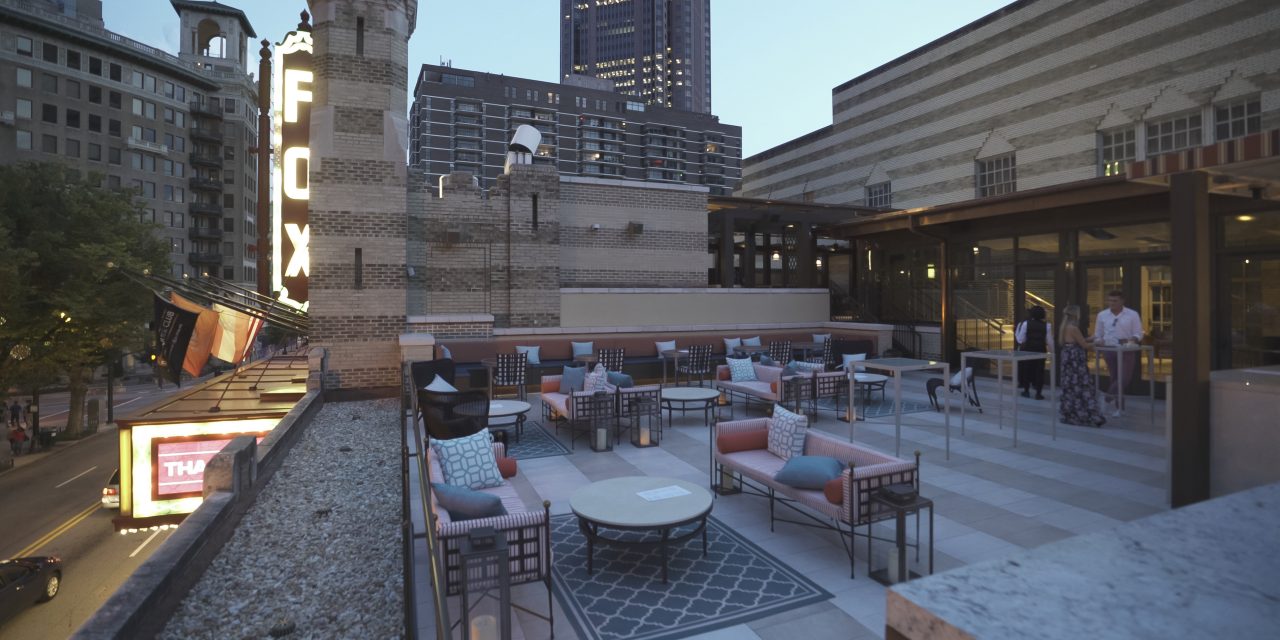 The club extends to a rooftop space that overlooks Peachtree Street. (Caleb Holland / With Agency) Marquee Club presented by Lexus at Atlanta’s Fox Theatre marks successful first year Shelling out $10 million to create the Marquee Club presented by Lexus was an anomaly for Atlanta’s Fox Theatre, which had not seen a capital outlay of this amount since the theater was built in 1929. “That was significant for us,” said Adina Erwin, Fox Theatre’s vice president and chief operating officer. “We’ve done capital improvements of $1 million to $1.5 million over time, but a construction process like this had never been done here before.” With the city’s bevy of entertainment spaces — including Mercedes-Benz Stadium, not 2 years old; newly renovated State Farm Arena; Cobb Energy Center; and the Sandy Springs Performing Arts Center, which opened last year — it can be difficult for a venue in this neck of […]
To access this post, you must purchase Subscribe to VenuesNow – 1 Year, Subscribe to VenuesNow – 2 Years or Subscribe to VenuesNow – 3 Years. If you are already a member of VenuesNow, please login here: log in