Milwaukee Goes Back To Back 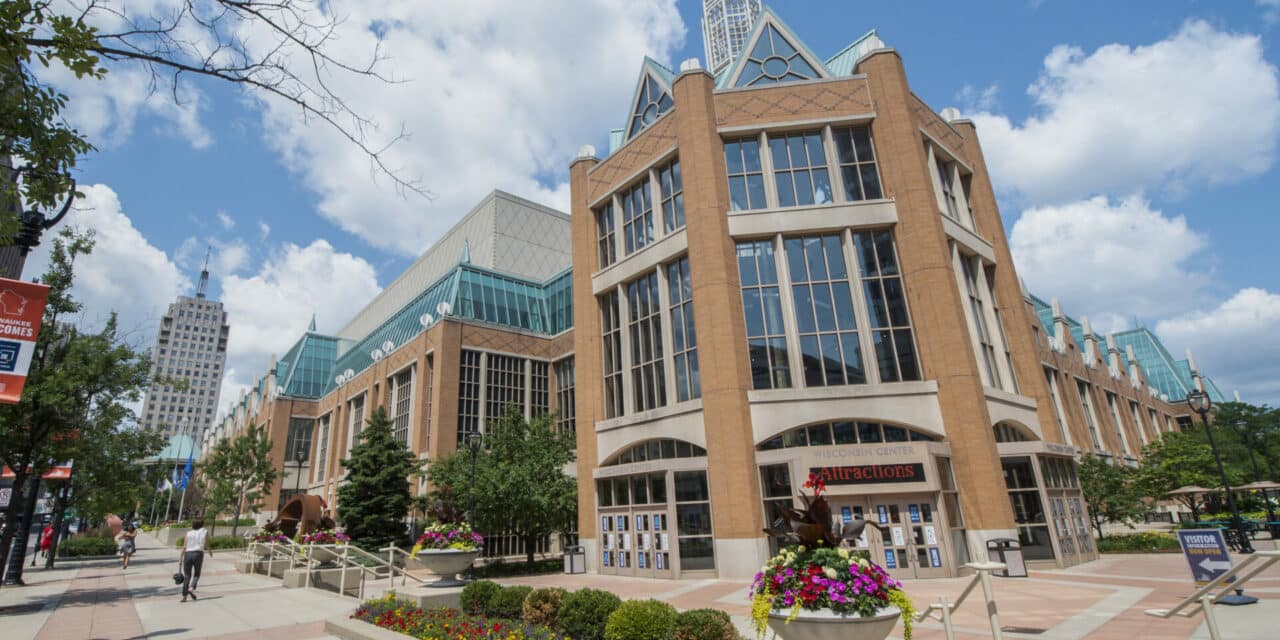 The Republican National Committee made its selection official on Friday, making Milwaukee the first city to win back-to-back Democratic and Republican national conventions since 1972. Milwaukee joins New York, Philadelphia and Charlotte, N.C., as the only cities to host both parties’ nominating conventions over the past 40 years.

The convention brings thousands of delegates and a large media contingent, along with major security precautions, but it also brings an economic boost in jobs and spending and raises the profile of the city in the eyes of meeting planners and potential visitors, said Marty Brooks, president and CEO, Wisconsin Center District, which includes Fiserv Forum, home of the NBA Milwaukee Bucks, as well as the Wisconsin Center convention center; the 10,000-seat UW-Milwaukee Panther Arena, the first home of the Bucks in Milwaukee; and 4,100-seat Miller High Life Theatre.

Fiserv Forum, site of the convention’s general sessions, is run by the Bucks. 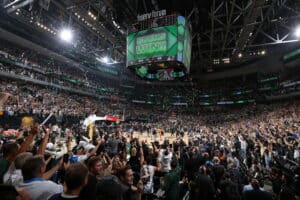 Brooks said his team is eager to show off the convention center, which is undergoing a $420 million expansion due for completion in May 2024.

“It’s a dream come true from our standpoint,” he said. “We had been working for years to get the approval to move forward with an expansion. That approval was given at the height of COVID in April of 2020. We broke ground in October and the impetus wasn’t so much to go after bigger events, which we will be able to do, but to do more conventions simultaneously or overlapping.”

Preparing for and hosting the DNC, however truncated, helped pave the way for the selection, Brooks said.

“It helped us in our discussions and tours with our people and the site selection committee,” he said. “Yes, the DNC in 2020 was different than what anyone anticipated, but working two years in advance of 2020, a lot of different venues had been identified as hospitality sites and meeting sites. A security plan had been developed by Secret Service and approved by the DNC. The facilitation of the 2020 convention didn’t max out all of the work that had been done to support it, but it was a good base to share with the RNC selection committee. They were the beneficiary of a lot of initial vetting the Democratic Party had done in exploring Milwaukee.”

As for lessons learned from 2020, Brooks said the experience reinforced the need for flexibility and the capacity to pivot when plans change.

“The decision had been made to go virtual a month or two out (in 2020), but it wasn’t until two weeks before the decision was made, at least that we learned, that the nominees weren’t even going to be in Milwaukee,” Brooks said. “We changed about half a dozen times over a two-month period. You’ve got to be prepared to accommodate on a moment’s notice. One of the mantras that we use is, ‘How do we get to yes?’ That was a great test for us, the DNC, because their world was changing every day.”

The RNC has yet to select its dates, but it will book the Wisconsin Center District facilities for four to six weeks.

After the RNC forms its convention production team, Brooks and company will begin to get a better idea of how the facilities will be used.

“They’ve contracted for our entire campus,” he said. “The Democrats were looking to host various caucus meetings here. Media was going to use our expo level for some of their components, but it never was finalized. Hopefully, the environment will be more predictable and less in flux. At this point in time, they have a blanket license for our entire campus for six weeks for two of the facilities and four weeks for the convention center itself.”