MLB Chefs Have Their Own Opening Day 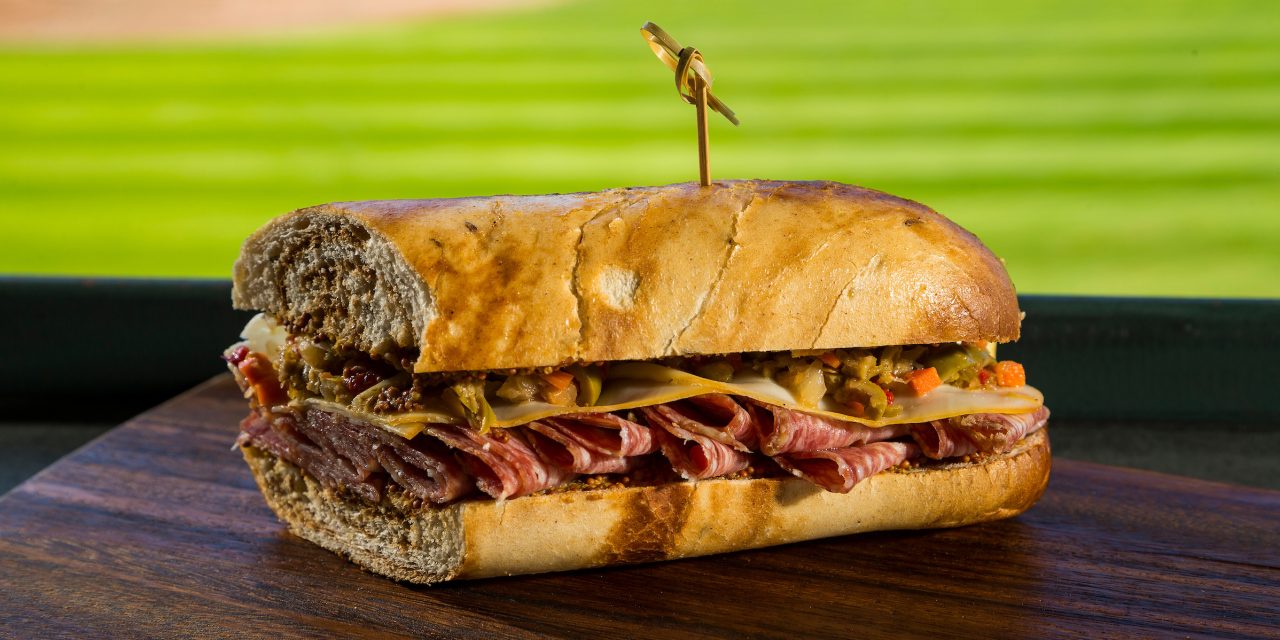 The Grand Salami was among the new members of the food lineup that Seattle’s T-Mobile Park introduced. (Courtesy Centerplate) How media day evolved into a full-scale culinary event Ballpark chefs tire of getting asked the question of what they do during the offseason. “This is what we are doing,” said Steve Dominguez, Centerplate regional vice president at Seattle’s T-Mobile Park, after a media tasting event that drew at least 100 to the stadium ahead of the season. “Media day is opening day for us, and we show off our hard work.” As food culture has grown nationwide, food culture in stadiums has built up alongside, allowing the preseason Major League Baseball team-by-team media day to turn more into a full-on culinary tasting event. “We used to see these tastings as a small component of larger media days, but they’ve evolved into stand-alone events,” said Tom Funk, chief operating officer for […]
To access this post, you must purchase Subscribe to VenuesNow – 1 Year, Subscribe to VenuesNow – 2 Years or Subscribe to VenuesNow – 3 Years. If you are already a member of VenuesNow, please login here: log in