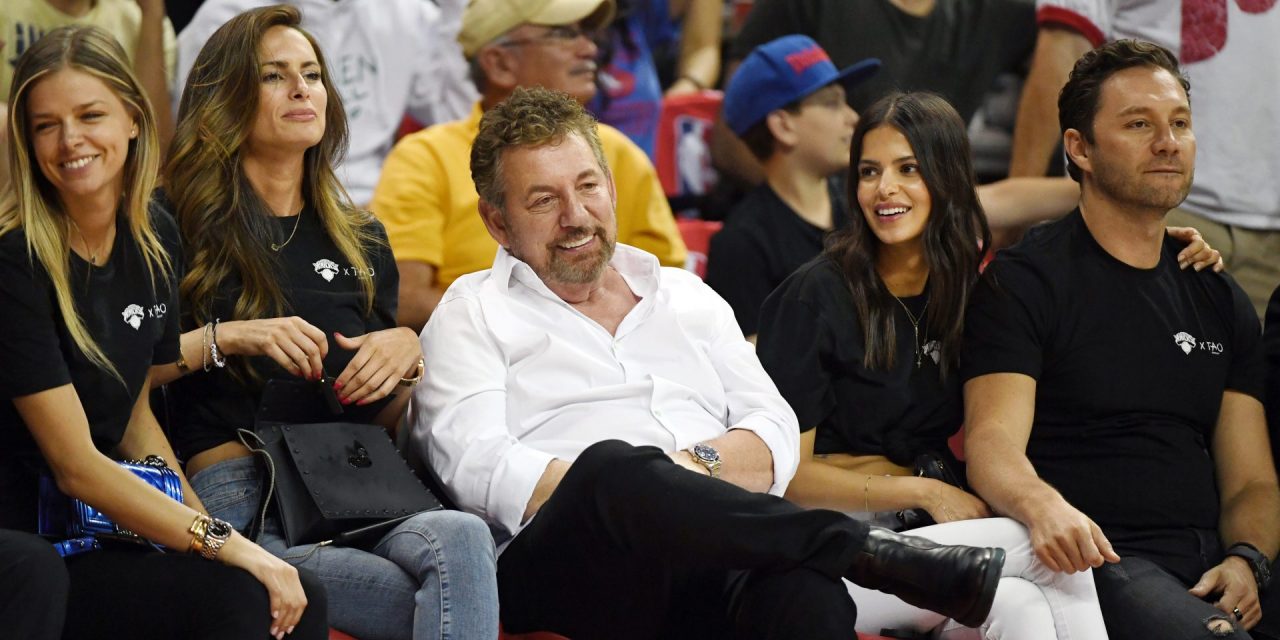 He continues to oversee business operations for company, Knicks

James Dolan, owner of the New York Knicks and executive chairman and CEO of The Madison Square Garden Co., continues to oversee business operations there after testing positive for coronavirus.

“He has been in self-isolation and is experiencing little to no symptoms,” the Knicks wrote in a statement. The team announced Dolan’s test results Saturday.

Among the most influential and colorful executives in the live entertainment business, Dolan continues to blaze trails in the industry, particularly with plans for the MSG Sphere, a new line of facilities by The MSG Co. that may revolutionize the venues space with their marriage of groundbreaking technology, proprietary programming, and state-of-the-art facilities.

“It was clear that when you own the content, for instance, the Knicks or the Rangers or the (Radio City) Christmas Spectacular, that’s a very profitable formula,” Dolan said in a September keynote with Irving Azoff, chairman and CEO of The Azoff Co. (and co-founder of VenuesNow parent company Oak View Group), at the VenuesNow Conference. “You get both ends of the deal. In looking at how I was going to grow the business, how could I own more of what was going into the buildings?”

Construction is under way on MSG Sphere at The Venetian in Las Vegas, which is expected to open in 2021 at a cost of more than $1.6 billion. Planning continues on the London project. Both are being designed by Populous.

“Part of the concept of the building is to make the building somewhat plug and play,” Dolan said. “Sphere Studios is going to create content for the inside of the venue. When we’re talking about concerts, and hopefully residencies, all the acts should really need is their back line. Everything else should be provided.”

Bold plans aside, Dolan remains a singular force in the live events arena. Multiple MSG Co. venues appeared on the April edition of VenuesNow’s Top Stops chart. In the More Than 15,000 Capacity section, the Forum and Madison Square Garden ranked Nos. 5 and 10, respectively, with sold ticket counts of 59,340 and 39,570 from Feb. 16 to March 15. In the 2,001-5,000 Capacity bracket, New York’s Beacon Theatre placed No. 5, with 20,577 tickets sold over the same period.

Over the Q1 period, those six venues grossed $197.2 million.

The Madison Square Garden Co. was recently in the news when it was announced that the Los Angeles Clippers had reached an agreement to purchase the Forum for $400 million, paving the way for Clippers owner Steve Ballmer to develop an arena nearby.