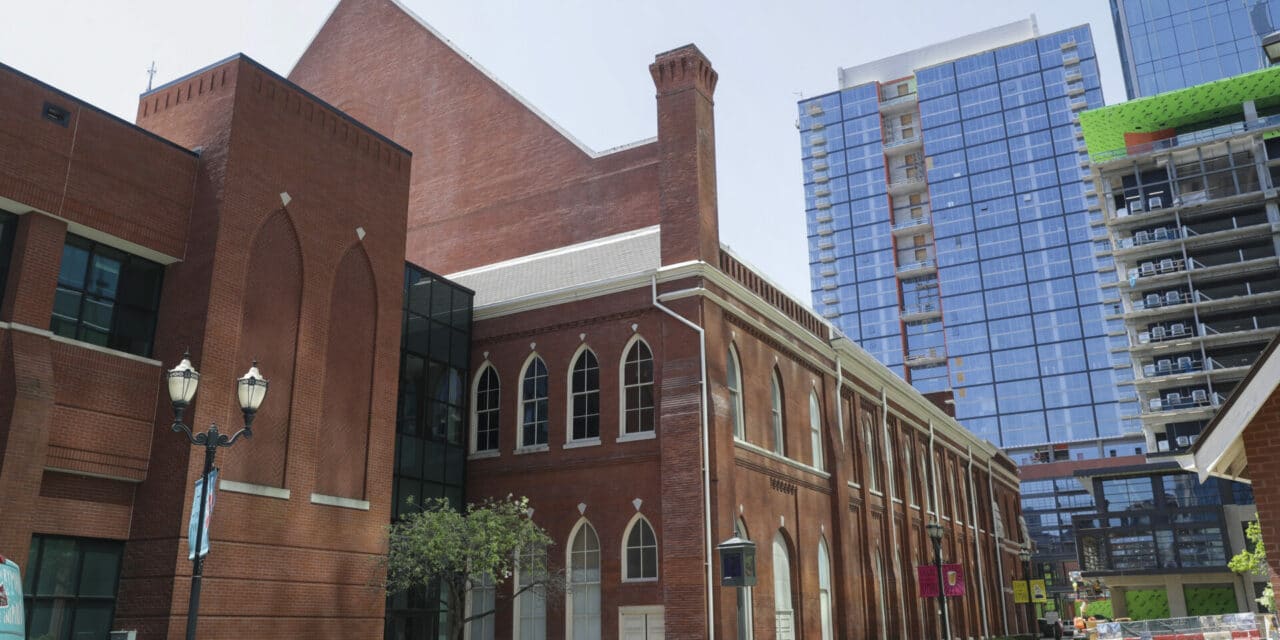 Stating for the official record what local residents have known for decades, the historic Ryman Auditorium has been recognized by the Metro Nashville City Council as its most famous and respected concert venue.

“We are so humbled that the City of Nashville is honoring the Ryman’s 130th Anniversary. It is such a privilege to work at this historic venue and help continue the tremendous legacy the Ryman has as the ‘Soul of Nashville,’” says Chrissy Hall, director of concerts for Ryman Auditorium. “The Ryman will host more concerts and residencies than ever in its 130th year, and we are thrilled to present artists from all genres of music and welcome music lovers from all over the globe. We could not do this without the help of our wonderful community that we have here in Nashville.”

A National Historic Landmark, Ryman Auditorium was built by Captain Thomas G. Ryman in 1892 as the Union Gospel Tabernacle. Known as the Mother Church of Country Music for its origin as a hose of worship, the venue is the 13-time winner of the Pollstar Theater of the Year. It is the former home of the Grand Ole Opry (1943-1974) and today the 2,362-seat venue hosts more than 200 shows per year.

Tennessee residents are invited to celebrate this historic milestone on Ryman Community Day Sunday, May 29, with free daytime tours. Presented by PNC Bank and supporting partners Farm Bureau Health Plan, Mid-South Ford Dealers, Hiller, and Kroger, complimentary self-guided tours will be available from 9:00 AM until 4:00 PM/CT with presentation of a valid Tennessee state ID at the Ryman box office.