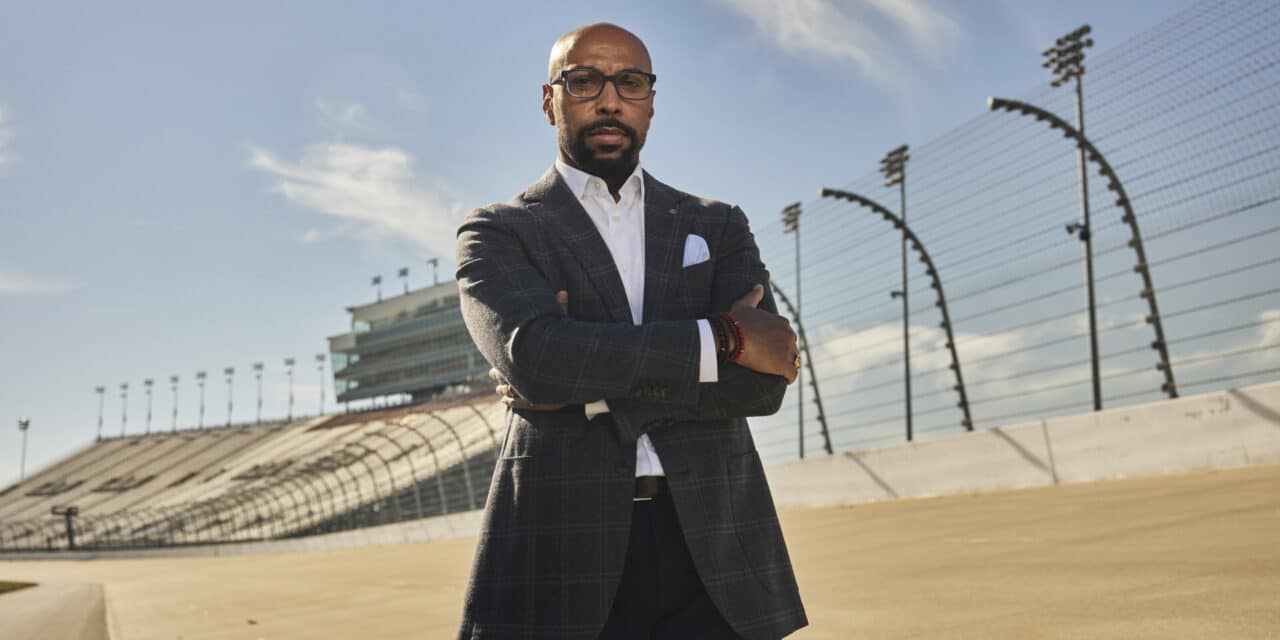 A WAY OF LIFE: Erik Moses took the wheel at the Nashville Superspeedway in 2020. (Courtesy venue)

Nashville Superspeedway resumes its comeback this weekend (June 24-26) with three NASCAR races, including the Ally 400 NASCAR Cup Series on Sunday.

“We are honored to bring Cup racing back to the mid-state after such a long hiatus,” said Erik Moses, Nashville Superspeedway’s president and general manager since 2020. “We are gearing up for year two and dealing with these unseasonably warm temperatures and everything that goes along with the weather here in Middle Tennessee.”

Tickets for the NASCAR weekend start at just $35. Kids 12 years old and younger get in free on Friday and Saturday and for $10 (all with a paying adult) for the Ally 400 NASCAR Cup Series race on Sunday.

Until last year’s Ally 400 NASCAR Cup Series race at the superspeedway, it had been 37 years since there had been a Cup race in Nashville. The 2021 race was the first, full-capacity race since the pandemic started with 40,000 attendees. A total 75,000 people attended over three days of events, according to Moses.

“It was great,” said Moses, a veteran sports executive, attorney and venue manager. “People were so excited to be back out in groups and doing stuff that they love, watching NASCAR.”

Nashville Superspeedway is owned by Speedway Motorsports Inc., which owns 10 tracks, including Atlanta Motor Speedway, Charlotte Motor Speedway, Las Vegas Motor Speedway and Texas Motor Speedway. The Nashville facility is the largest concrete-only track in NASCAR. Most of the infrastructure at the 1.33-mile D-shaped oval track remains the same, but there were some key takeaways from the 2021 race.

“We had a couple of pain points last year,” Moses said. “In particular, two overarching ones that had a trickle-down effect on everything was staffing and supply chain. We were 200 people short of where I would’ve liked to have been to provide the experience our fans deserve.”

The bottleneck started before fans reached the venue. Paid parking slowed access to a crawl and the frontline parking attendants spent a lot of time fielding questions from fans unfamiliar with the sprawling campus.

To address those issues in 2022, superspeedway officials cleared 20 acres across the street for an additional 3,000 vehicles, which allows for greater access to parking from each side of the main artery. Officials also dropped the parking fee ($10 and $20) by adding a surcharge ($5) to the ticket price. On the staffing side, the superspeedway is paying workers $15 an hour and engaging local charities to supply additional manpower.

Sodexo Live!, the track’s food provider, joined the team this year with 60 new point-of-sale locations around the venue to speed up transactions. Additional refrigeration trailers and storage containers have been brought in to keep everything at the optimal temperature. Reflecting the flavor of the region, Sodexo Live! Executive Chef Jerry Infantino created a new signature sandwich called the “The NashCar Burnout,” which consists of a house-made smashed hot chicken sausage patty, pickles and ranch served on a Martin’s potato bun.

Keeping fans and families in mind, the Nashville Superspeedway and Sodexo Live! are committed to offering food and drinks at an affordable price, including 20-ounce waters for $4 and Busch Light beer for $5.

“We are creating pop-up hospitality areas with shade, hydration and some fun with yard games and a convenient place to hang out with other fans,” Moss said.

New this year is the Hospitality Village with event sponsor Revel XP. The company provides turnkey, all-inclusive event packages for fans and businesses that include a tent, seating, beverage service, parking and event tickets.

“Leaning into event hospitality is something we will be building on year over year,” said Moses.

Wifi 6 coverage has been expanded to cover previous dead spots and Moses said they are bringing in auxiliary grandstands to add 16,000 seats to augment grandstand capacity of 23,000, which is the smallest, permanent grandstand seating cap on the NASCAR Cup circuit. The superspeedway also offers camping space for an expected 1,200 RVs.

“I’m new to motorsports and struggled for a while explaining it to my friends, but there is something different and positive about it I couldn’t put into words,” said Moses, who worked for the XFL’s D.C. Defenders before joining SMI. “I was talking to a gentleman who had been in the industry for 20 years and he finally said, ‘Erik, what you are looking for is that this is a way of life.’

“And I said, ‘That is exactly what it is.’ People come from across the country in campers. They are literally bringing their homes with them and setting up shop at your venue for four or five days.”