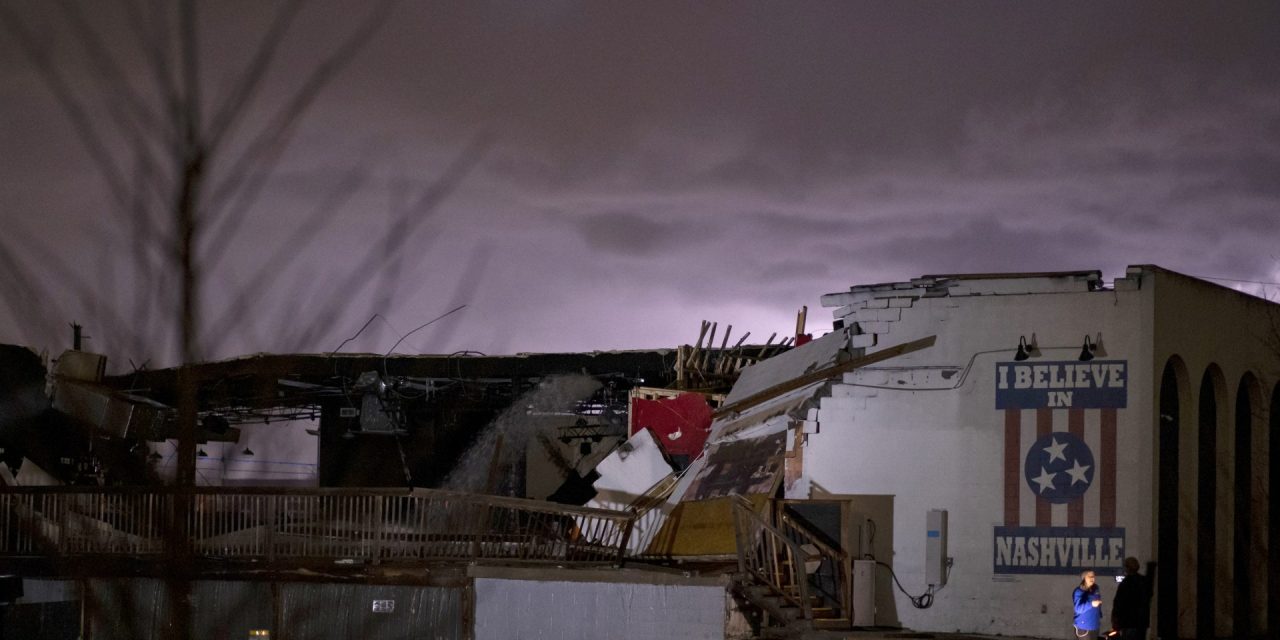 SCENE OF DESTRUCTION: A television news crew works in front of a mural on the heavily damaged club The Basement East in the East Nashville neighborhood after tornadoes overnight. (Getty Images) ‘Building is destroyed, but we will be back!’ club responds on Facebook Nashville club The Basement East was among the properties severely damaged by the tornadoes that swept through Tennessee early Tuesday. “All staff working tonight are okay! Building sustained significant damage,” the Twitter account for the 575-capacity venue shared at 2:55 a.m. Tuesday. “Staff is all safe!” Basement East’s Facebook account posted about a half-hour later. “Building is destroyed, but we will be back!” In a more detailed statement shared shortly before noon, the venue shared that Tuesday’s Elohim show was canceled but that it was “diligently working on each show to either relocate or cancel,” emphasizing that the process could take days or weeks. Added Basement East: […]
To access this post, you must purchase Subscribe to VenuesNow – 1 Year, Subscribe to VenuesNow – 2 Years or Subscribe to VenuesNow – 3 Years. If you are already a member of VenuesNow, please login here: log in