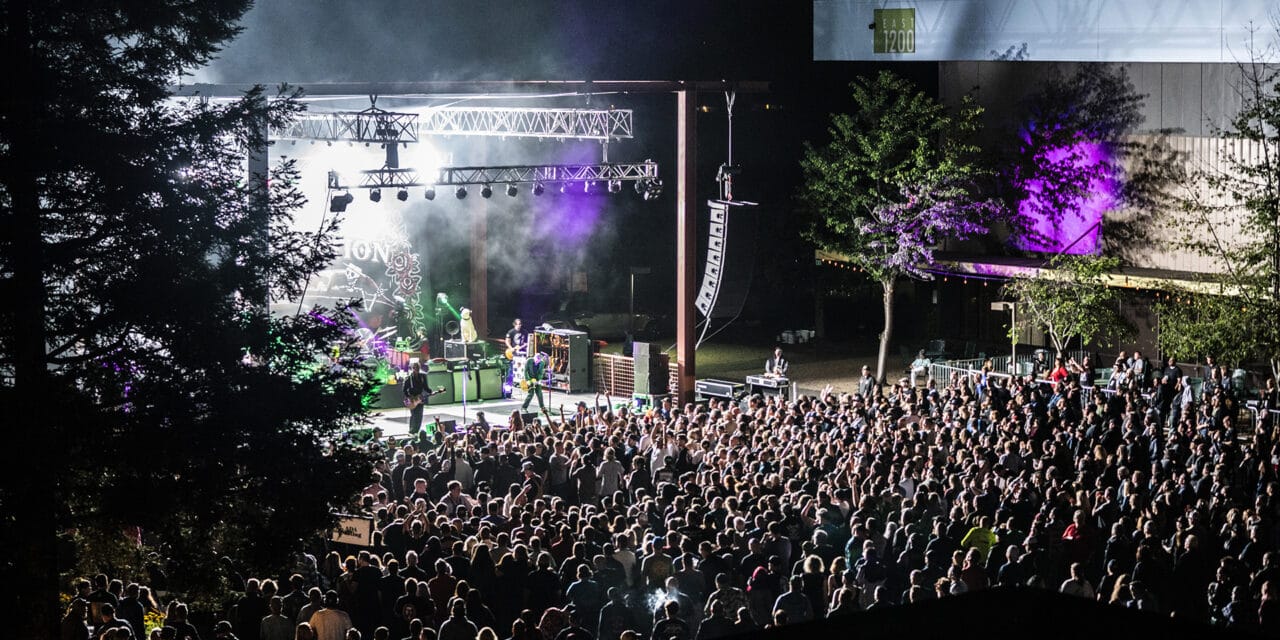 Nederlander Concerts has further bolstered its stature in Northern California via a new booking and promotion deal with SOMO Concerts, a 3,000-capacity outdoor venue located in the Sonoma County city of Rohnert Park, Calif., about 50 miles north of San Francisco.

The solar-powered concert space occupies a 1-acre courtyard in sustainability-minded mixed-use development SOMO Village and has hosted artists including Lucinda Williams, E-40, Ziggy Marley and Social Distortion under the purview of Second Octave Entertainment since opening in 2014.

“This partnership helps Nederlander’s routing up and down California, where we promote artists in small to midsize venues, and especially amphitheaters,” Rena Wasserman, Nederlander Concerts senior vice president of production and operations, said by email, listing affiliations with Sacramento’s Heart Health Park, the San Jose Civic Auditorium, Paso Robles’ Vina Robles Amphitheatre and several Southern California venues. “The addition of a venue in the heart of Sonoma County will boost our routing capabilities, and SOMO Concerts is a great fit!”

Wasserman knew Second Octave CEO Morty Wiggins from days working together at Bill Graham Presents and was receptive when her former colleague got in touch to discuss bolstering programming at the venue.

Once home to campuses for Hewlett-Packard and then Agilent Technologies, the Rohnert Park business park that became SOMO Village laid dormant before developer Brad Baker purchased it in the ’00s. Baker conceptualized a green mixed-use development with housing, retail and commercial real estate and open space, and Wiggins said SOMO Village has become “the jewel of the commercial sustainability movement in Sonoma County.”

In the early ’10s, as the project took shape, Wiggins toured the property — and identified a slice of it that’d be perfect for putting on shows. Soon, he was staging concerts there. But, with cities like San Francisco, Oakland and San Jose — and the major promoters like Live Nation, AEG Presents and Another Planet Entertainment who operate in them — just a short drive away, the fledgling venue faced stiff booking competition.

“It’s extremely difficult to survive as an independent promoter during a summer season in a secondary market,” Wiggins said. “We needed to grow the venue and bring it to a point where it was viable and could fit into someone’s routing. Then we needed to hook up with someone, and Nederlander was a good choice for us.”

According to Wiggins, Nederlander doesn’t “have an overpresence in the market” and understood SOMO’s business model and potential.

Booking was the key driver for Nederlander’s deal with SOMO, but the venue’s sustainable nature also played a role.

“Sustainable venues are essential for our industry’s future,” Wasserman said. “SOMO Concerts has done an incredible job focusing on its carbon footprint, and we hope to enhance and learn and contribute to their efforts.”

While Wiggins acknowledges that other factors — money, primarily — usually determine an artist’s decision to play a venue, he says SOMO’s “homegrown” approach to sustainability “definitely is an added bonus for artists that are environmentally sensitive.”

As for programming, Wasserman said to expect diversity in keeping with Nederlander’s track record, while Wiggins noted that the new partnership will likely help to bolster the venue’s Latin and country booking, which he says are “underserved” genres locally.

It’s an exciting time for live music in Sonoma County, Wiggins said, contrasting business at SOMO, which sells 95% of its tickets to Sonoma County residents, with competitors in Napa, which he said often market themselves to surrounding counties.

“With exclusivity radiuses and the amount of shows that Another Planet and Live Nation do, it’s not going to be easy for Nederlander, but it certainly is less of a challenge for them than it is for us, out there on our own,” he said. “Sonoma County is really coming into its own as a market.”