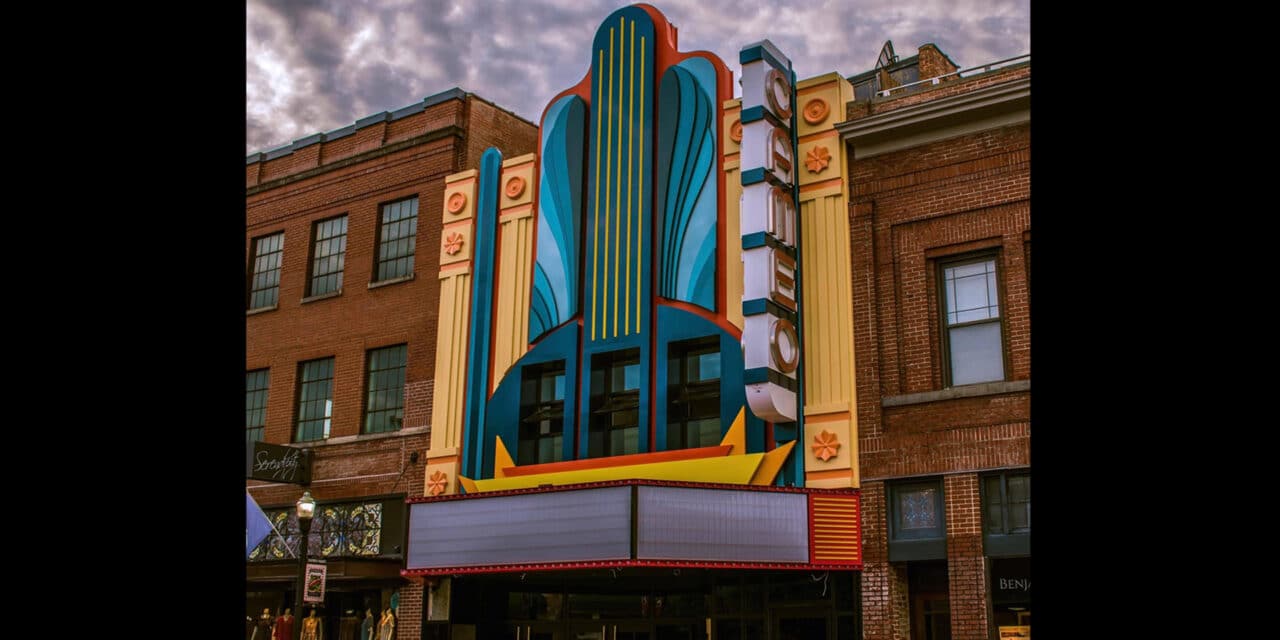 The historic Cameo Theater in Bristol, Virginia, escaped the wrecking ball, but not the undertaker, so to speak.

In the case of the 535-seat art deco venue, which opened in 1925, that’s a good thing. The Cameo was purchased and restored by Brent Buchanan, who manages a local funeral home in the Virginia-Tennessee border community that calls itself the birthplace of country music.

More 2021 shows are expected to be announced in the coming weeks and months, and several have been booked for 2022, according to Jack Forman, president of New York-based booking agency BiCoastal Productions.

Buchanan, who lives in Bristol but on the Tennessee side (the middle of State Street — where the Cameo sits — forms the state line), tells VenuesNow that he bought the theater, which once housed a radio station and then a church, in 2017 after four years of difficult negotiations with the previous owners. Now the Cameo is ready for a starring role.

Restoring and running a nearly 100-year-old theater isn’t Buchanan’s regular line of work, he admits. A pause of sorts in life after a snow-skiing mishap in the mountains of North Carolina left him with little more to do than work and think about a friend’s out-of-the-blue suggestion that he buy the Cameo.

“I love live music. I wondered if I could make it a live music venue,” Buchanan recalled.

He met with a real estate agent and got a look inside, where he found the ceiling falling in and a brownish streaks from faulty plumbing staining the walls.

“It had just been left for dead, really,” he said.

To Buchanan, it had the makings of a dream.

“I looked at the (agent) and I said, ‘I’m in love. I love this place,’” he said. “I didn’t do myself any favors in negotiating, but that started the process.”

With the help of his father, Stanley, a 72-year-old Vietnam War veteran, and local firm Burwil Construction, Buchanan has brought the theater back to life, pouring hundreds of thousands of his own dollars into the project. There are no outside investors.

“To me, it’s a game of poker,” he said. “I feel like I definitely have the winning hand and I’m willing to push all my chips to the middle of the table.”

Between the late 1970s, when Buchanan was born, and the time he bought the Cameo, “it was a revolving door of people that would buy it, throw a little paint over here and a little paint there and say, ‘Oh, the Cameo’s reopened,’” he said.

“But they weren’t doing anything to create a Cameo that can survive another 100, 200, 300 years,” he said. “When I go about redoing the building, everything that we do, we do it for long term. Certain projects we can get done in a week, (but) we take three months to make sure we’re getting quality (work) done. Hopefully in 200 years, somebody else will be getting interviewed about the Cameo Theater.”

Buchanan said it was especially gratifying to have worked on the restoration with his father, who went to work for Reynolds Metals and later Ball Corp., raising three sons after serving in Southeast Asia.

“He’s one of the smartest people I’ve ever met in my life, and just to have him on this project, what’s nice is that I’ll always be able to look around the Cameo and see my father’s work and be able to say that’s something me and my dad did,” he said.

A big part of the renovation involved plumbing replacement.

“We literally ripped out every bit of plumbing in the building,” Buchanan said, explaining that a lot of the pipes were encased in concrete that had been poured around them. “They had to jackhammer it out, probably for three months.”

Saving nearly century-old trim in the auditorium was painstaking, and running new electrical connections posed another challenge, “but I can honestly say, there never was a day where I said I wish I had never done this,” Buchanan said.

Having community connections helped overcome problems getting preferred contractors on the job, he said.

The colorful façade of the building was done by Burwill with a Bristol-area company called Snyder Signs.

“Maybe I was a little naïve going into it,” in terms of how long different things would take, Buchanan said, but most of the original materials and workmanship are rock solid, subsequent work notwithstanding, and that was a bit eye opening, he said.

The building doesn’t have landmark status, which Buchanan counts as a positive. “We’ll put our own plaque up,” he said. “When we first bought it there were deed restrictions, like no alcohol. We had to file a lawsuit to get it taken off.”

Bristol is the site of the annual Rhythm and Roots Reunion, but it’s unclear whether the Cameo will be a part of this year’s festival, Buchanan said.

The lineup of acts will be varied, he promises.

“On Thursday night you may have a country band. On Friday bluegrass or alternative and then Saturday you might have blues,” Buchanan said. “I’m a music guy and I don’t want to separate myself into one genre, and I think that’s one of the things that will set us apart.”